Often referred to as the cultural hub of the nation, West Bengal is rich in agriculture and heavy industrial activities

Siliguri connects the eight North-Eastern states to rest of India.

Kolkata is often referred to as the “Cultural Capital of India.” 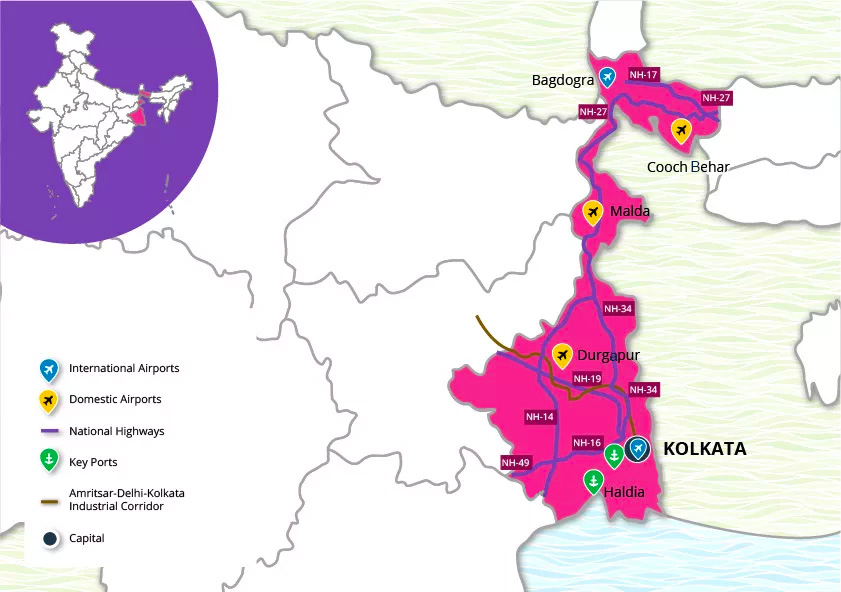 Some of the country's oldest manufacturing and engineering centers are dotted around Kolkata, still commanding global trade.

WB is an entry point for markets in Southeast Asia. The cost of operating a business is lower in Kolkata than other Indian metros.

WB with a rich historical and cultural heritage and natural beauty spanning the Himalayas to the Bay of Bengal attract global tourists.

The object of the Scheme is to extend fiscal incentives to encourage entrepreneurs to set up Micro, Small and Medium Enterprises with a view to focusing on the balanced development of MSMEs across the State and creating a sustainable ecosystem in the MSME sector which can maximize the utilization of resource, generate new employment and widen the area of operation to make the State emerge as the MSME leader in the country

To maximise opportunities in the state's tourism sector

The Policy seeks to leverage IT for social welfare and economic development in the state, with a vision to become one of the leading states in India in the IT, ITeS, ICT and ESDM sectors

The focus of the policy is to rapidly build and improve infrastructure, as an enabler for industrial growth in public-private-partnership (PPP)

To ensure improved energy independence in the state

CWBTA is an active Apex Body of Traders, operating for more than one and half decades, representing Trade Associations of West Bengal, which number about 50 as on date.

Bengal Chamber of Commerce and Industry

The Chamber works as a forum for networking and as an enabler of development of the state economy and infrastructure.

In 1830 some traders and craftsmen of Calcutta organised themselves to form the Calcutta Trades Association.

Cognizant has started work on the expansion at its Bantala campus, near Kolkata, at an estimated cost of US$41.7m.

Hindustan Unilever runs FMCG manufacturing operations out of the state. 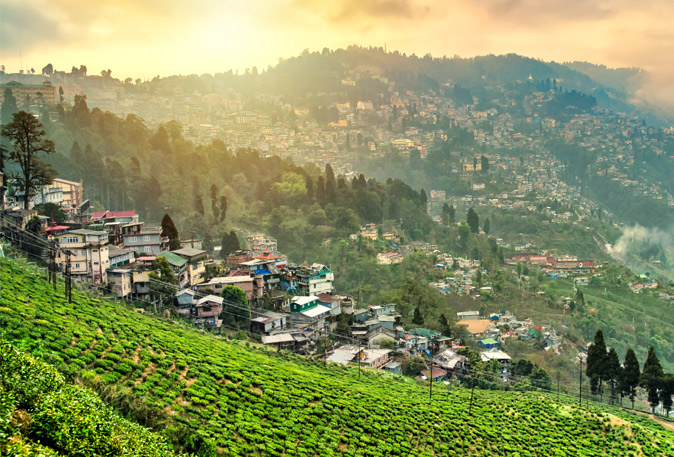 Three multi-product industrial parks coming up at Goaltore, Haldia and Haringhata and an integrated manufacturing park at Raghunathpur.

Multi-product parks in Goaltore, Haldia and Haringhata and 10 SME parks over 271 ha; Project Texpro, involving setting up of 13 textile parks over 214 ha.

Eastern Dedicated Freight Corridor, with an electrified double-track segment of 1,409 km between Dankuni in West Bengal and Khurja in Uttar Pradesh.

The e-Shram portal recently crossed the 14 crore mark in …

The regular operation of freight trains through the Haldibari-Chilahati Rail …

In India, women constitute only 18.6 per cent of the …

Role of Youth in Making India Free from Smuggling & Counterfeiting

Awareness Programme on Preventive Strategies to Combat Counterfeiting and Smuggling