PM Narendra Modi has pointed at several measures to empower BRICS, including the development of a credible credit rating agency 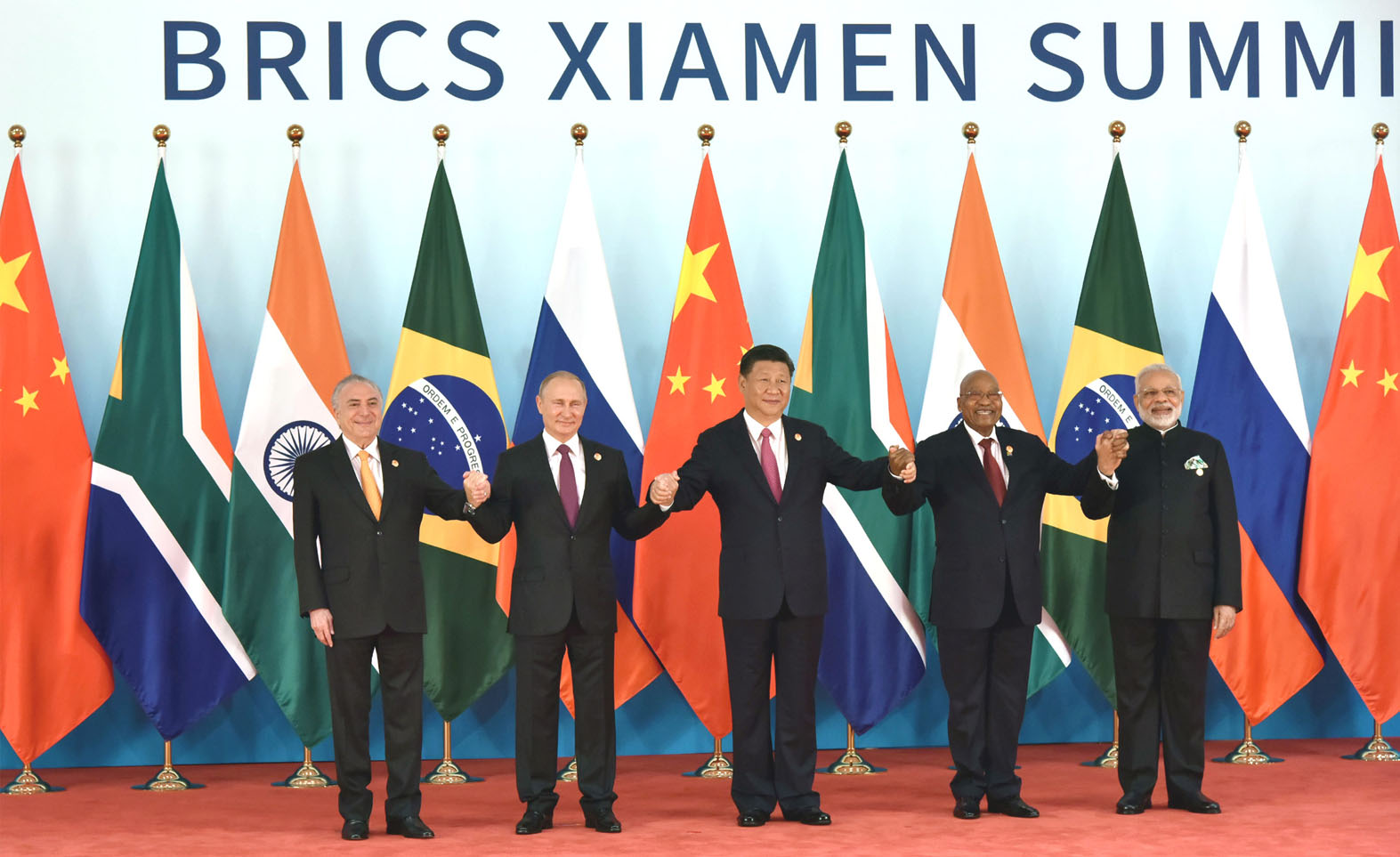 The BRICS group of Brazil, Russia, India, China and South Africa at a summit in Xiamen China in September 2017 adopted a resolution to further strengthen economic relations while battling the challenges. A declaration related to this resolution has sought to realize the economic potential of the BRICS nations that account for nearly half of the world’s population and represent the largest and fastest-growing markets in the world. A renewed partnership will help the stakeholders achieve global leadership in multiple fields.

Despite the major strides that BRICS has made in the decade of its existence, it remains a relatively new player in global economic relations. Hence, a degree of caution is warranted in any steps BRICS takes to ascertain its economic prowess. This realism was first reflected in the Strategy for BRICS Economic Partnership agreement that was agreed upon by the member states in 2015. Now the Xiamen declaration has taken firm and cautious steps to take the agreement  forward.

BRICS carving its own identity

The strategy is perhaps best reflected in BRICS’ focus on carving out an identity for itself within the larger framework of established global institutions. The boundaries within which the strategy is to operate have been quite clearly defined as well. The strategy sees the G20 as the premier global economic forum and the trade framework is to be based on multilateralism and subject to WTO obligations. And since national sovereignty is provided the pride of place, the strategy has to work within the regulatory frameworks of individual nations.

The definition of these boundaries, far from constraining the BRICS economic strategy, allows it to define a specific role for these countries within an already established global economic governance architecture. The Xiamen declaration helps identify some of the directions in which the BRICS economies can move together. And the consequences of such a partnership are by no means trivial.

The very nature of the framework can be an important step forward for the global economy. In the current global economic mood, the strong commitment that the Xiamen declaration makes against protectionism is like a whiff of fresh air. Even as some of the world’s leading economic powers have begun to look increasingly inwards, the economic strategy of BRICS countries speaks the language of more open trade. In a milieu of excessive movements towards protectionism, BRICS can emerge as the voice of fair trade. The restatement of its support for multilateral trade and the WTO also provides it a forum where this voice can be heard.

Prime Minister Shri Narendra Modi has pointed towards several measures to empower BRICS, including the development of a credible credit rating agency

The process of BRICS being heard louder on the world economic stage would require new institutions, and the partnership has already demonstrated its potential to take giant steps in this direction. The progress made by the New Development Bank has demonstrated what can be accomplished by this partnership. And there are a number of new institutions that BRICS countries can develop that have the potential to play specific but important roles in the global economy.

Prime Minister Shri Narendra Modi has pointed towards several measures to empower BRICS, including the development of a credible credit rating agency. Credit rating agencies tend to base their ratings on a set of variables they come to believe are important. The major credit rating agencies in the developed economies are not immune to this tendency. While some of these variables are undoubtedly significant and need to be watched very closely, the importance of several others has often been overestimated. As a result several countries feel their ratings are not fair to the true state of their economies. A rating agency outside the developed countries of the West would be better placed to use an alternative framework for rating economies. BRICS countries have the potential to develop such an agency.

The extent to which the voice of BRICS will be heard would also depend on each of its members developing their own economic strengths. The Xiamen declaration takes several steps in this direction as well. It is important not to underestimate the potential of BRICS countries to learn from each other. This is particularly true for the considerable space that exists between  globally recognised concepts and their implementation in very different terrains. The declaration points to considerable scope to learn from the experience of individual BRICS countries to arrive at best practices, or at least the best terrain-specific practices. The Xiamen declaration makes specific mention of the agreement reached on Public Private Partnerships which includes the exchange of experience and the application of BRICS good practices. It recognizes the possibility of taking this partnership a step further by creating a new PPP project preparation fund.

Over time other areas of potential collaboration among BRICS members are bound to emerge. Even today a substantial portion of the external investments made by the member countries are in the economies of non-BRICS countries. Greater focus on attracting this investment within BRICS has the potential to take the partnership to a new level. The Xiamen declaration marks another step forward in the emergence of an economic partnership that has the potential to stabilise the global economy if the need arises.