The gender balance is skewed with men having received 13% more doses than women have during the period.

Only 870 women have been able to receive their doses per 1000 men, according to a survey by The Quint.

Harmful assumptions about women’s risk to the virus, coupled with digital illiteracy have led to less prioritisation.

Women health and ASHA workers are crucial to increasing the uptake of vaccines among the female population. 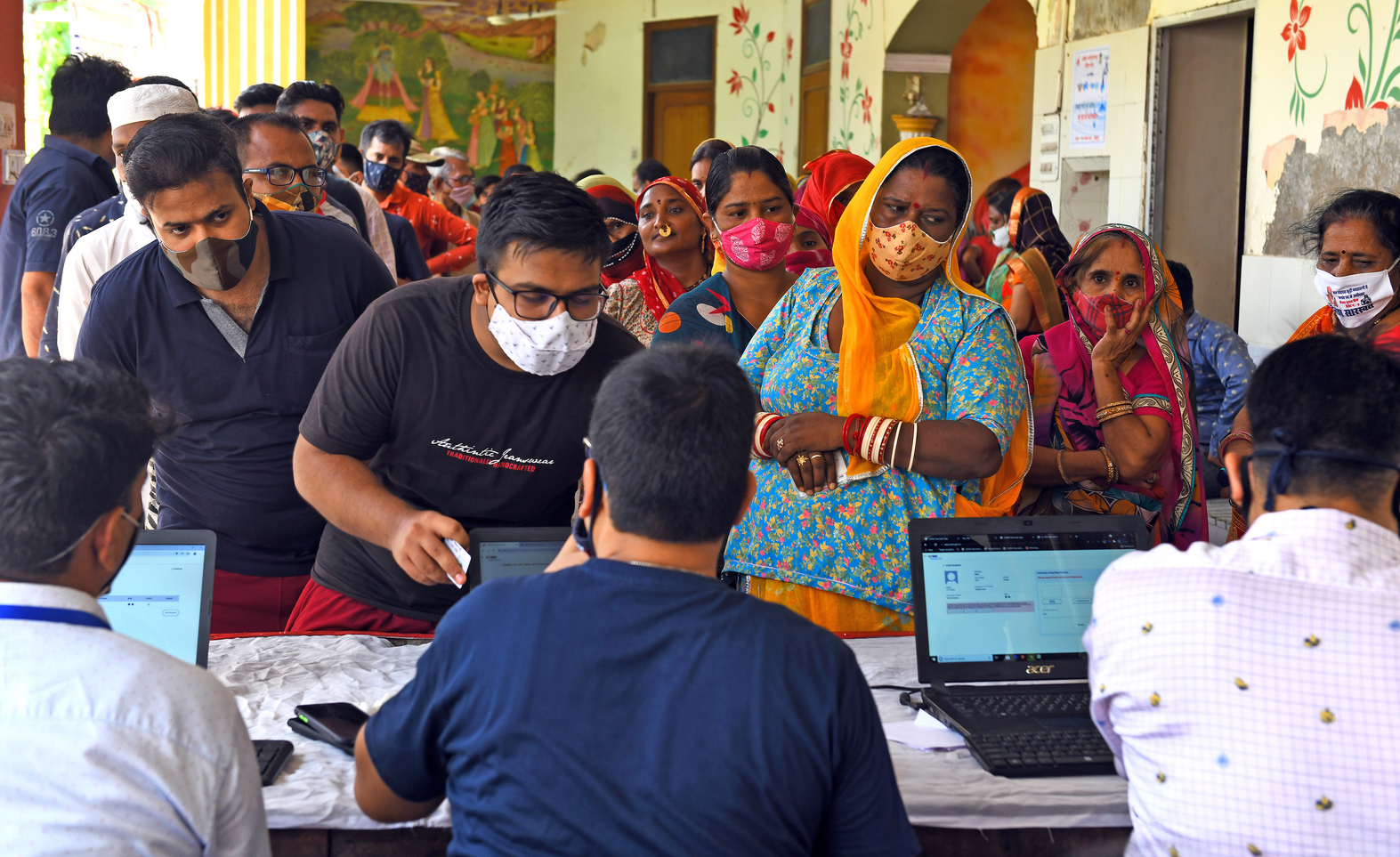 Media reports dated August 04 reveal that India’s female population has received 47% of the COVID-19 vaccines administered to the general populace. The numbers have been buoyed by the vaccination of pregnant women coupled with the tireless efforts of health workers working to quash rumours and educate people living in rural areas and towns. Although the data indicates a more positive shift in attitude towards the immunisation of women against the pandemic, male recipients of the vaccine outnumber women by 13%. The Government of India has set the target of vaccinating 944 million people by December 2021 and women are significant stakeholders in the progress made.

The Quint documents that only 870 women receive the vaccine per 1,000 men and the disparity reveals a deep-rooted gender bias coupled with digital illiteracy. Misinformation connecting infertility and menstruation with the vaccine has played a significant role in discouraging women, leading to concerted awareness campaigns debunking the same. Intelligence gathered from rural regions reveals that women’s uptake of the vaccination was prioritised less owing to the perception that they were at less risk by virtue of their domestic confinement. Furthermore, the digital-first approach to vaccination has left behind women who do not have access to digital literacy and have to depend on male spouses for support. The 30% increase in domestic responsibilities during the pandemic has fallen on the shoulders of women and girls, compelling many to drop out of schools and workplaces.

The inclusion of women health workers, anganwadi operatives and ASHA workers can enhance current efforts to increase vaccination coverage among women. Furthermore, equipping Public Health Centres with internet access can help replicate the success models seen in villages like Janefal (Maharashtra), Kaza and Komic (Himachal Pradesh) wherein 100% vaccination has been achieved. Given the limited mobility enjoyed by women in rural areas, campaigns to take the vaccination to individual neighbourhoods can also provide greater coverage to women. Dismantling the existing societal notions pertaining to women’s roles, mobility, decision-making abilities and access to technology will play a crucial role in increasing vaccine permeation and strengthening the fight against the pandemic.