The President of the Union of the Comoros conferred the ‘Order of the Green Crescent’, their highest civilian honour, on VP Naidu

India delivered medicines and equipment, transport vehicles, interceptor boats and rice worth over US$ 4 million to the Comoros

India announced a line of credit worth US$30 million to Sierra Leone, and might further invest in potable water and construction projects 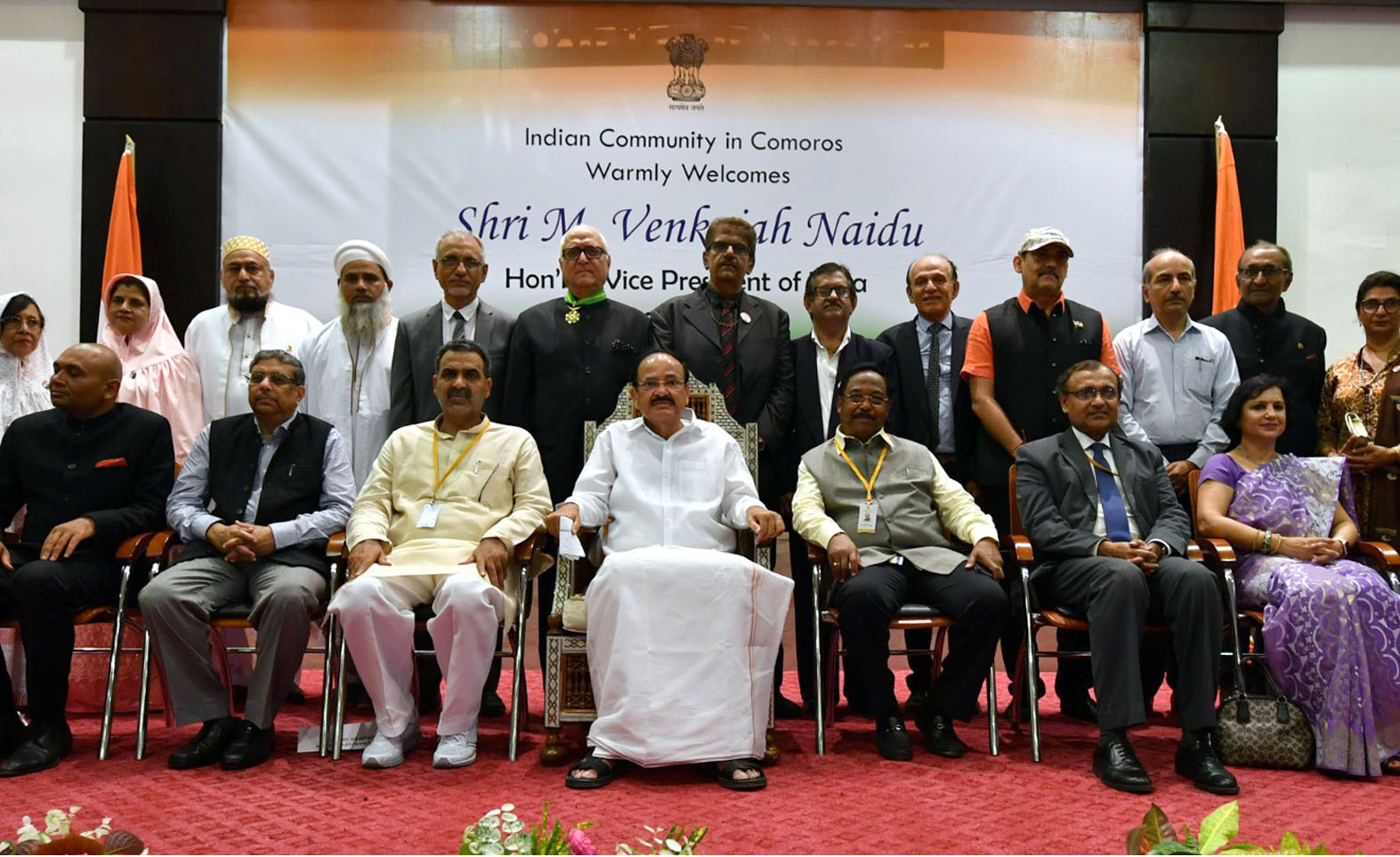 Vice President of India Shri M. Venkaiah Naidu recently took a 2-country Africa tour to the Comoros and Sierra Leone. VP Naidu asserted that the Indian government considered Africa as a “focus continent,” as evidenced by 32 outgoing visits at the level of President, Vice President and the Prime Minister during the last five years. India has also decided to open 18 new embassies in Africa.

VP Naidu highlighted that India’s trade with African nations registered a 12 per cent increase from the previous year, with India emerging as the fifth-largest investor in Africa with a cumulative investment of US$54 billion. Paying tribute to Mahatma Gandhi on his 150th birth anniversary, VP Naidu recalled that Gandhiji started his fight against discrimination in Africa.

During the latest visit, the President of the Union of the Comoros, Azali Assoumani, conferred the ‘Order of the Green Crescent’, their highest civilian honour, on VP Naidu. India also delivered medicines and medical equipment worth US$1 million, transport vehicles worth US$1 million, procurement of high-speed interceptor boats worth US$2 million and 1,000 metric tonnes of rice. He also announced credit of US$41.6 million to set up an 18 MW power plant and a vocational training centre in Moroni.

Later during his tour, India and Sierra Leone signed six agreements to expand bilateral relations in various fields, and also agreed to push for UNSC reforms so that Africa and India occupy their rightful place in decision-making bodies of the UN. The agreements were signed in the presence of Mr. Julius Maada Bio, President of the Republic of Sierra Leone, and the Vice President. India announced the decision to establish a High Commission in Sierra Leone, even as both countries agreed to enhance cooperation in agriculture, food processing, Information Technology, infrastructure development etc.

An agreement was signed for Sierra Leone to participate in India’s Pan-African tele-Education and tele-Medicine initiatives. Declaring that India’s developmental assistance to Sierra Leone so far aggregated to US$217.5 million, VP Naidu announced a line of credit worth US$ 30 million for Tomabum to achieve self-sufficiency in rice production. He added that India would be happy to reactivate lines of credit for a potable water project and construction of a new President’s Office complex.

It was the first-ever visit by such a high-level Indian dignitary to the Comoros and Sierra Leone. Earlier in November 2018, Shri Naidu had visited Botswana, Zimbabwe, and Malawi to strengthen bilateral ties.