Vice President Naidu’s visit is the highest level ever from both sides to Guatemala and Panama since diplomatic ties were established with the nations in 50 years ago, whereas former President KR Narayanan had visited Peru in 1998

During the state trip, India signed five preliminary agreements related to drug tracking and innovation, training of diplomats and English teachers, visa exemptions as well as cooperation in agricultural research and new and renewable energy

The Indian delegation highlighted the help that India could provide in areas of agriculture, IT, science and technology, space applications, pharmaceuticals, textiles as well as in fields related to new and renewable energy innovations 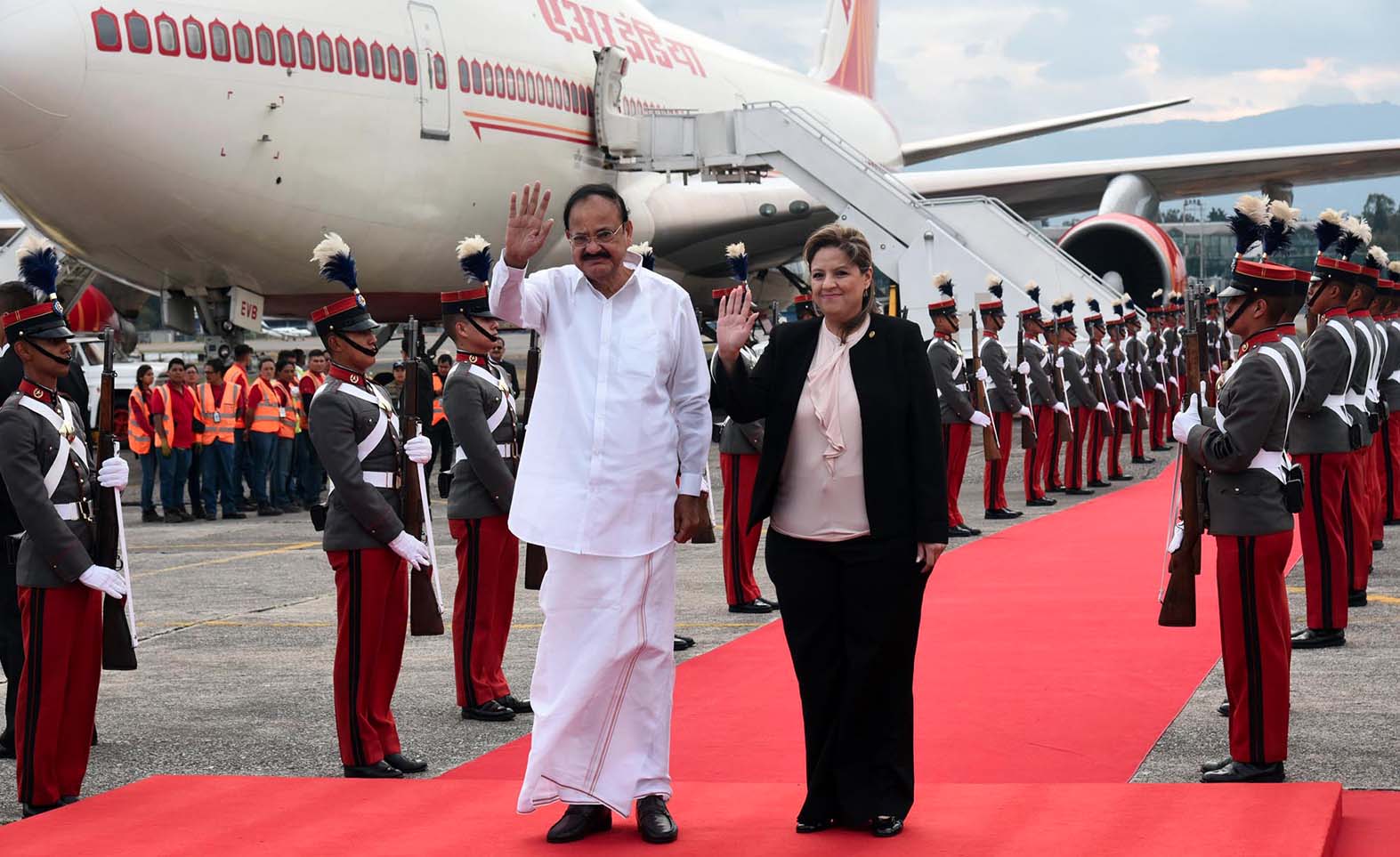 Indian Vice President M Venkaiah Naidu’s visit to Latin America spanning May 6-12 and comprising Guatemala, Panama and Peru has helped strengthen ties with the continent. VP Naidu said that the trip, a statement of intent by India for enhanced engagement with the important region, has helped bridge “high level contact deficit”. This trip is anticipated to lead to improved relations pertaining to bilateral trade and investments as well as multilateral relations. The Vice President added that the three Latin American countries offered significant opportunities for India given their high level of engagement with the USA and the other North and South American economies through regional arrangements and Free Trade Agreements, besides being logistic and financial hubs in the region.

During the trip, the Indian delegation signed five preliminary agreements, including one allowing US$25 million in assistance to Panama for two centres on drug tracking and innovation. Other included an agreement related to training of diplomats and English teachers of Guatemala; exemption of visas for diplomatic, official and consular passport holders of India and Panama; along with a work plan for cooperation in agricultural research and new and renewable energy with Peru. VP Naidu’s visit is the highest level ever from both sides to Guatemala and Panama since diplomatic ties began 50 years ago, whereas former President KR Narayanan had visited Peru in 1998. He said that India’s sub-optimal engagement with these countries was primarily due to high level contact deficit.

The Vice President held long discussions with heads of states and senior ministers from the three countries on various issues of mutual interest. He was accompanied by an union minister and four members of Parliament. During the trip, the Indian delegation highlighted the help India could provide in areas of agriculture, IT, science and technology, space applications, pharmaceuticals, textiles as well as new and renewable energies. The Indian Government has targeted high level visits by Indian leaders to identified countries and regions as affirmative statements of intent to enhance cooperation for mutual benefit. This strategy has helped in bringing dramatic improvement in India’s diplomatic ties which has been reflected in expanding trade and investment ties with global partners.