A four-day state visit of Vietnam by the Vice President of India, Shri M Venkaiah Naidu, witnessed the signing of a number of vital bilateral commitments

In Vietnam, India has offered US$500 million credit to boost the nation’s defence industry 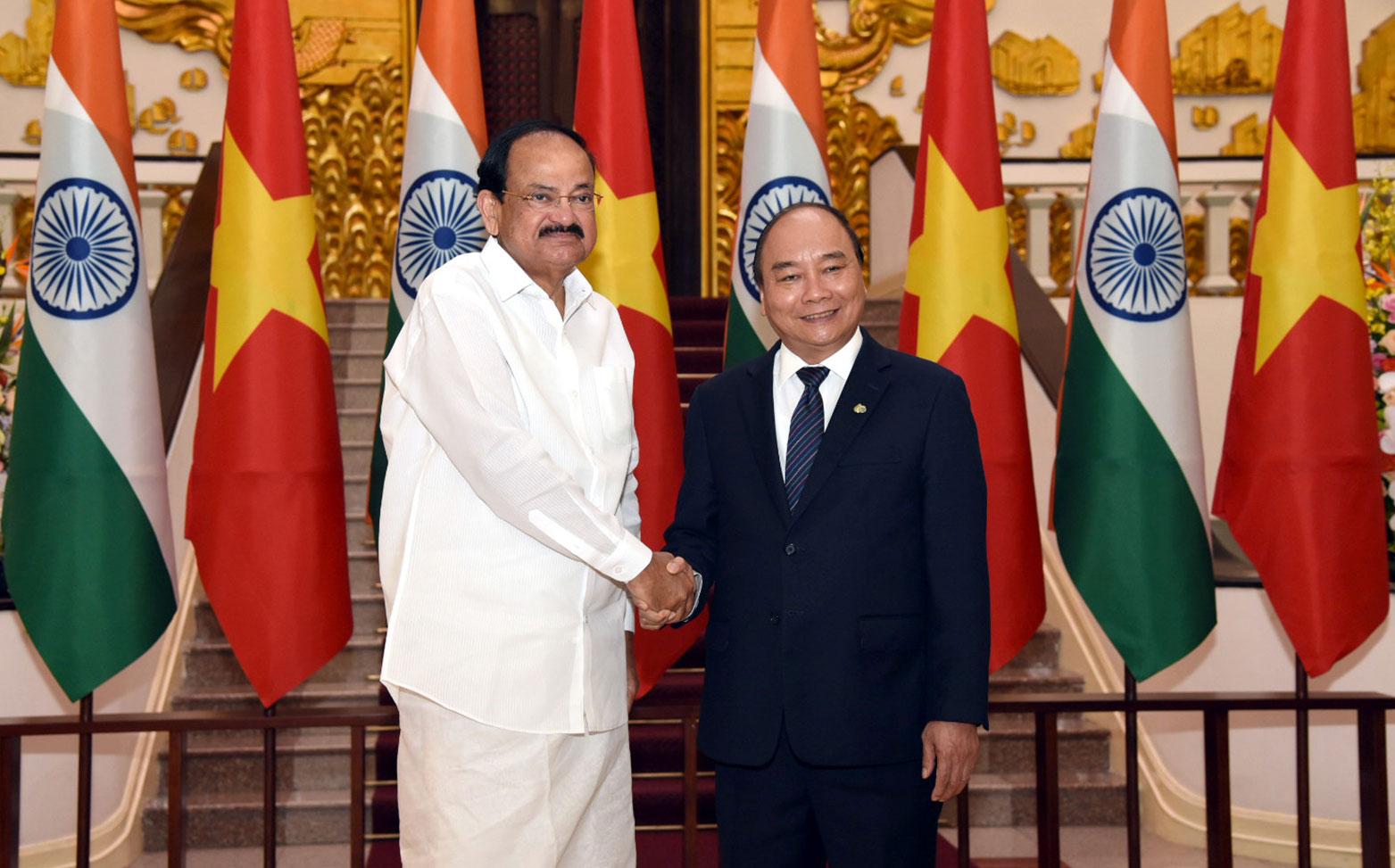 Vice President of India Shri M Venkaiah Naidu paid a state visit to Vietnam over May 9-12. The critical trip witnessed the signing of a number of vital bilateral commitments. During his stay, VP Naidu held talks with Vietnam’s Prime Minister, Nguyen Xuan Phuc, on a range of issues and underscored the importance of strengthening the Comprehensive Strategic Partnership between the two nations to improve security and opportunities in the region. VP Naidu also gave the keynote address at the 16th UN Day of Vesak Celebrations on May 12. Vesak, which marks the birth anniversary of Gautama Buddha, was attended by more than 1,600 leading Buddhist monks from several nations.

Culture – dating back to thousands of years, has played a key role in cementing India-Vietnam ties. During the visit, VP Naidu informed that India was ready to partner with Vietnam in satellite construction, for both civilian and non-civilian uses. He also assured him that India was committed to extending cooperation in training and capacity building of Vietnam’s defence forces as that country’s requirement. On bilateral trade, VP Naidu expressed confidence in reaching the target of US$15 billion by 2020. Amid Indian firms’ growing interest to invest in sectors such as infrastructure, agriculture, pharmaceuticals and energy, VP Naidu addressed issues relating to market access and trade barriers.

Seeking Vietnam PM’s intervention in facilitating the entry of Indian pharmaceutical products in the local market, VP Naidu assured that Indian companies can provide high-tech health systems and medicines at an affordable cost. This will make health services more efficient and reduce the insurance burden on the local Government, he added. In oil and gas exploration in Vietnam, VP Naidu sought an extension of up to 10 years for ONGC Videsh’s contract, which is due to expire in 2023. He said that OVL has invested over US$530 million in oil and gas production in Vietnam and was exploring the possibility of another gas discovery that may entail additional investment of over US$136 million.

VP Naidu also sought extension of production sharing contract with PetroVietnam for two years. The VP added that India has a strong interest in Indo-Pacific region. India’s approach and vision to Indo-Pacific is SAGAR – Security and Growth for All in the Region. In November 2018, President of India, Shri Ram Nath Kovind had visited Vietnam. During the visit, President Kovind held delegation level talks with President Phu Trong and Vietnamese Prime Minister Nguyen Xuan Phuc, and addressed the National Assembly of Vietnam, the Vietnam–India Business Forum and the local indian diaspora. At the time, many new deals were signed spanning communications, academics, and investment.