Out of the more than 28,300 preliminary agreements signed at the summit, 21, 889 were signed with micro, small and medium enterprises at VGGS

A US$3 billion investment has been committed to the Dholera Special Investment Region by Chinese steelmaker, Tsingshan Holding Group 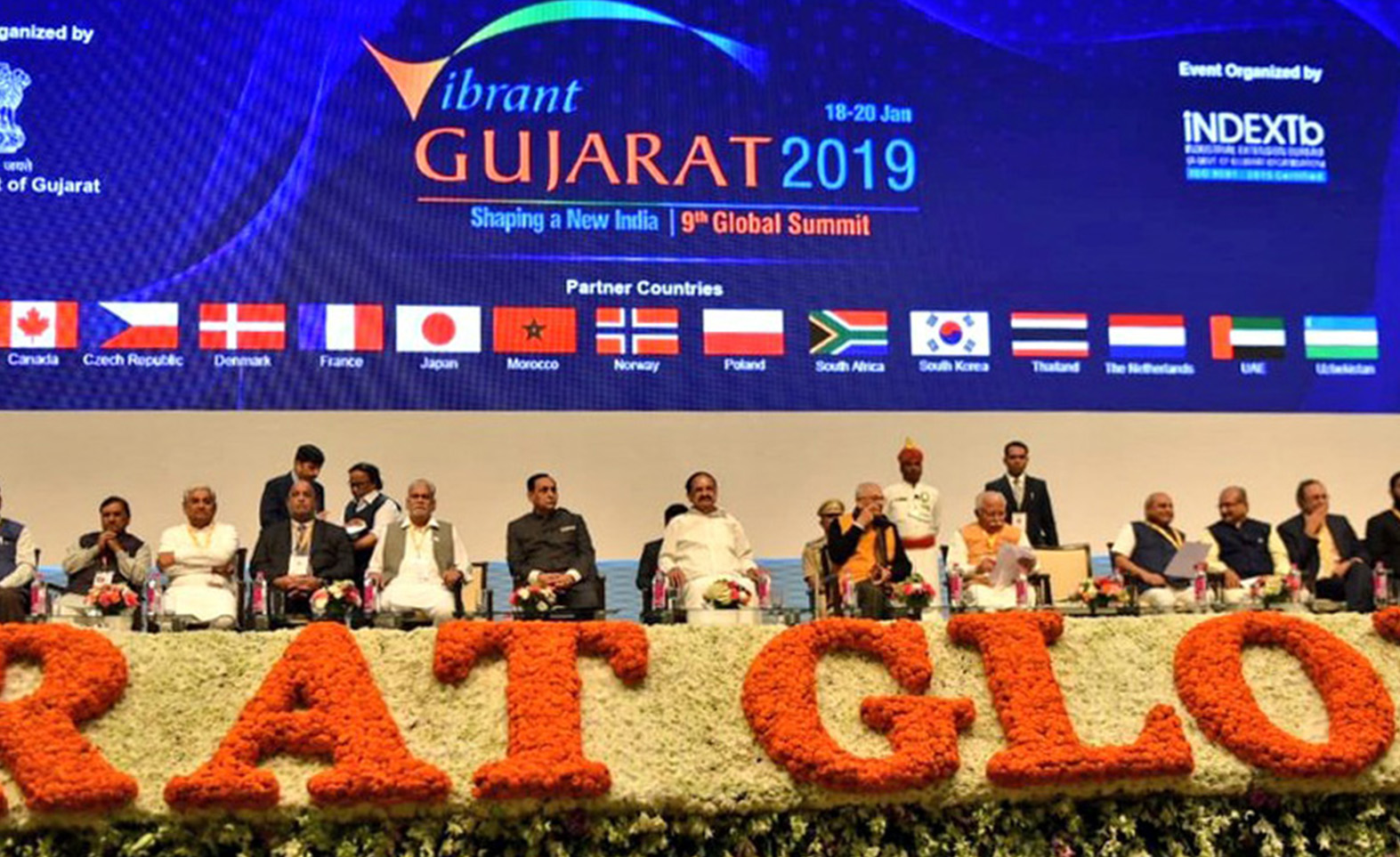 Last month, Mumbai-based global conglomerate, Aditya Birla Group had committed to invest US$2.1 billion in Gujarat over the next three years in sectors spanning textiles, chemicals, mining and minerals. The Group which currently has 15 manufacturing plants in Gujarat, will invest in the state by setting up new units and expanding the capacity of existing ones. This was announced by Kumar Mangalam Birla, the group chairman at the 9th edition of Gujarat’s biennial investor meet, Vibrant Gujarat Global Summit (VGGS), held over January 18-20 at Gandhinagar, Gujarat.

Another prominent investor in the state, Reliance Industries, an Indian conglomerate, too will scale its investments further in Gujarat by pumping in US$42.3 billion over the next 10 years in sectors ranging from energy and petrochemical to new technology and digital business. This declaration was made by Reliance Industries Chairman, Mukesh Ambani, on the opening day of VGGS. His company, which operates the world’s largest oil refinery and petrochemical plant in the state, intends to shift focus and ramp up petrochemical production from its twin oil refineries in Gujarat.

The Ahmedabad-based Adani Group also marked its entry into the petrochemical sector on the eve of VGGS. The Group announced that they have teamed up with German chemical major BASF to set up an US$2 billion petrochemical plant at Mundra on the Gujarat coast. In a joint statement with BASF, Gautam Adani, chairman of Adani Group said, “Our partnership with BASF is a big step forward in enabling our country’s ‘Make in India’ program, as this will allow us to produce in Mundra several chemicals along the C3 chemical value chain that we are currently importing.”

VGGS 2019 unveiled investments in many sectors, amounting to US$7.8 billion to be made over five years

Gautam Adani took to the VGGS stage to unveil investments in other sectors as well in Gujarat amounting toUS$7.8 billion to be made over five years. This includes a solar park, a copper plant, a cement unit and a lithium battery manufacturing complex. Other major corporates, from the Torrent Group to Tata Group also expressed investment interest in Gujarat. This VGGS edition did not just draw the captains of large industries but that of micro, small and medium enterprises (MSMEs) too. Out of around 28,360 preliminary agreements, 21, 889 MoUs were signed with MSMEs.

Giving a sectoral break up of investments to the media, Gujarat’s Deputy Chief Minister, Nitin Pai Patel revealed that over 400 agreements were signed in the agro and food processing sector, nearly 550  in oil, gas and renewables, over 1,510 in urban development, more than 970 in mineral based projects, while engineering and auto saw nearly 200 agreements. The Indian state with the longest coastline at 1,600 km had reported GSDP of around US$173.2 billion during fiscal 2016-17. over 105 product clusters and 60 notified special economic zones (SEZs) have been planned in the state.

In Gujarat, food processing has garnered a lot of attention in the recent past since it is being seen as a high-growth sector. This was evident when over US$1 billion was set aside in Gujarat’s 2018-19 budget for this sector. At VGGS, United Arab Emirates’ (UAE) construction giant Emaar Group signed an US$400 million worth of agreements to construct a food processing facility at Kandla in Kutch. In fact, Gujarat, along with Maharashtra and Madhya Pradesh, has been selected by the UAE as part of a long-term plan to set up a slew of food storage farms in India to supply to their markets.

It is not just the food processing sector, Gujarat, which enjoys the reputation of being India’s most industrialised state, contributes to India’s economy in sectors spanning diamond processing, textiles, petroleum products, shipping, chemicals and pharmaceuticals, among others. The entrepreneurial spirit of the Gujaratis has given the state a track-record of drawing in high volumes of investment. From April 2000 to June 2018, the state has attracted US$19.2 billion in FDI. Gujarat has 19 operational special economic zones, 8 notified special investment regions and 182 industrial estates.

One of Gujarat’s leading Special Investment Regions to attract investor interest at VGGS has been the Dholera SIR. It was in 2009, Gujarat enacted the Special Investment Region (SIR) Act to develop global hubs of economic activity supported by world-class infrastructure. Spanning 920 km, Dholera SIR is greenfield industrial city located 100 km south west of Ahmedabad with its own self-sustaining ecosystem. The government recently pumped in US$40 million worth of investments to boost infrastructure here. The settlement is also set to feature a defence manufacturing base.

At VGGS, an agreement was signed between Dholera Industrial City Development Ltd and CRRC Nanjing Puzhen, a Chinese railway manufacturer, to invest US$600 million in a manufacturing facility. Also, one of VGGS’s high-value venture of US$3 billion has been committed at Dholera SIR by Chinese steelmaker, Tsingshan Holding Group. The company will set up an electric battery plant in Dholera to cater to the fast-developing auto industry in India. Positioned on the western shore of India, Gujarat’s traditional engineering and entrepreneurial base has helped in building investor confidence.

Another sector which drew investor interest at the VGGS was port and transport. The Essar Group pledged US$1.1 billion to develop a port based smart city and a liquefied natural gas LNG terminal at Hazira, where Royal Dutch Shell already operates a LNG and Port venture. Meanwhile, the Port of Amsterdam was part of a tripartite group along with Gujarat Maritime Board and JM Baxi & Co to develop cruise terminals valued at US$110 million at Mandvi, Dwarka, Porbandar and Veraval.

To sum it up, besides promises of large investments, the VGGS 2019 was well attended by five heads of states and governments from Rwanda, Uzbekistan, Denmark, Czech Republic and Malta, and over 30,000 delegates from world-over confirming its position as a leading investor meet in the country. The global investor event was held along with 15 partner countries and 11 partner organisations.