UDAN 4.0 to set up 4 airports, 6 water aerodromes in A&N, Lakshadweep

Connectivity projects have gained priority under the Government of India as part of a broader initiative to boost the national economy.

Under the UDAN 4.0 scheme, the MoCA has invited bids for three unserved airstrips in Andaman & Nicobar Island and one unserved in Lakshadweep Island

The government has provided incentives to the airlines, such as reimbursement of the VGF amount, reduction in excise duty and VAT etc.

Adding to its initiatives to bolster the national connectivity infrastructure, the UDAN 4.0 scheme under the Ministry of Civil Aviation (MoCA) has invited bids for three unserved airstrips in Andaman & Nicobar Island and one unserved airstrip in Lakshadweep Island. The ministry has also recognized four Water Aerodromes locations in A&N and two in Lakshadweep that are now up for bidding. These efforts will, in the long run, provide aerial connectivity to the island regions. Under the UDAN 4.0 scheme, the MoCA is also providing an additional Viability Gap Funding (VGF) of around 25 per cent to the airlines.

The airports available for bidding under UDAN 4.0 include Campbell Bay, Car Nicobar, Shibpur (Andaman & Nicobar) and Agatti (Lakshadweep). The water aerodromes up for bidding include Hutbay, Long Island, Neil Island, and Havelock in Andaman & Nicobar, and Minicoy and Kavaratti in Lakshadweep. The route connecting Cochin to Agatti (in Lakshadweep) is currently operated by Alliance Air. The Ministry of Home Affairs intends to expand the number of airlines operating on this route.

The government has also provided other incentives to the airlines, such as:

Concessions offered by the Airport / Water Aerodrome / Helipad operators are as follows:

Connectivity projects have gained priority for the Government of India as part of a broader initiative to boost the national economy. Over the next five years, the MoCA aims to operationalize 1,000 routes and more than 100 airports by focusing on operationalizing routes in priority areas. AAI will focus on developing no-frills airports in the future; routes connecting such airports will be prioritized. This will go a long way in boosting not only tourism but also the economic scenario in such places. 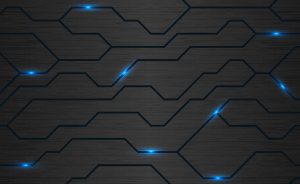