Thales’ Joint Venture with Reliance Defence producing radars and other equipment for Rafale. 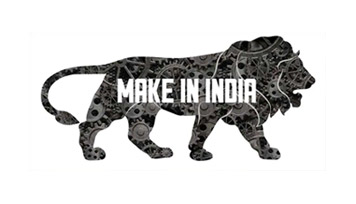 France’s aerospace and technology giant, Thales, has bought Euro 500 million worth of components locally sourced from India, in what is considered to be a big boost to the Government’s Make in India initiative. The Chairman of the Thales Group further declared the company’s intention to increase the sourcing to over Euro 1 billion over the next five years, underlining that the company looked “at India as a top country; not just as a market but also as an export hub.” The company also declared its intention to grow India as a part of its global supply chain, considering that India had a good ecosystem that suited Thales’ production chains.

Over the years, Thales has formed cooperative partnerships with various public and private sector industries including Samtel, BEL, L&T Technology Services and Reliance Aerostructure Ltd. The company also has a joint venture with Reliance Defence Ltd to leverage the offset commitment as part of the Rafale deal between India and France.The JV has helped Thales integrate radars and other equipment, in furtherance of the Rafale deal. The next step includes increasing the competencies in terms of support and maintenance from India.

Thales provides a number of modern equipment and systems aboard the Rafale, including the RBE2 AESA radar, the Spectra electronic warfare system, optronics, the communication navigation and identification system, the majority of the cockpit display systems, power generation systems, and a logistics support component