Tapping into the vast potential in India-Korea partnership

While we work to realize the ‘Indian Dream,’ we seek like-minded partners. And among them, we see South Korea as a truly natural partner – PM Narendra Modi at India-ROK business symposium during his visit to South Korea early this year

South Korean investments in India has reached almost US$6 billion, with around 600 Korean companies present in the country

NIPA India had hosted ICT boot camps to bring Korean startups to India, incubate them and accelerate their entry in the region 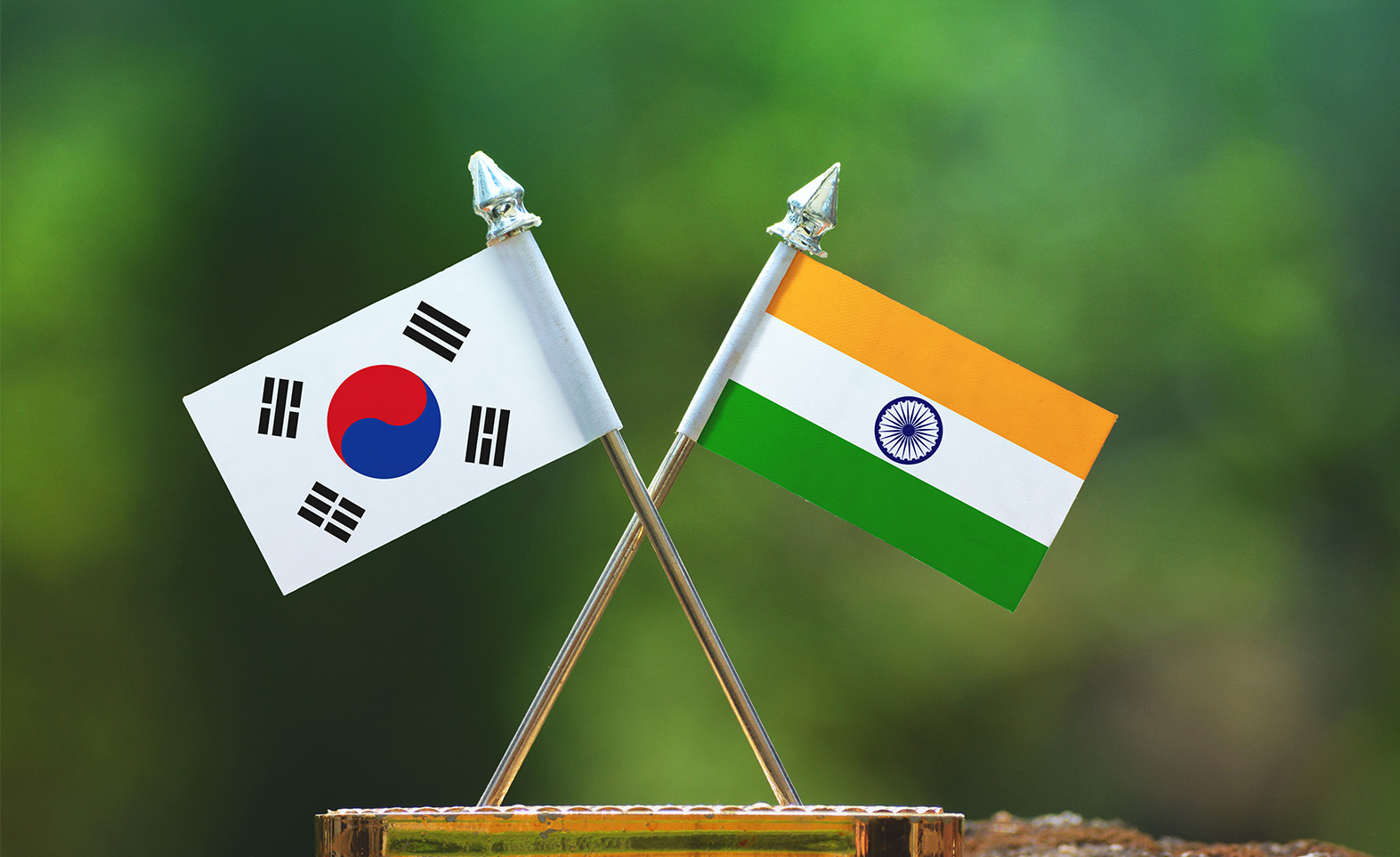 Home » News » Tapping into the vast potential in India-Korea partnership

This month, Kia Motors, one of South Korea’s oldest and leading vehicle manufacturers officially opened its new Indian production facility in Anantpur, Andhra Pradesh. The plant set up with an investment of US$1.1 billion has already produced India’s first made-in India vehicle, the Seltos compact SUV. Around 46,649 vehicles of this model launched in August in India were sold in a span of four months, stated a company press release. This facility, with a production capacity of 300,000 units each year will not just cater to the Indian market but export models like Seltos across the world. The company is also expanding its business across India and has also invested US$60 million in India’s ride-hailing service, Ola.

It is not just new entrants to the Indian market like Kia Motors, who are eager to take advantage of India’s dynamic consumption market, prominent existing Korean players such as Samsung, LG Electronics and Hyundai Motors are also busily expanding their business activities. In fact, during South Korean President Moon Jae-in’s visit to India last year, the Indian Prime Minister Shri Narendra Modi had inaugurated Samsung’s refurbished factory in Noida. With this newly expanded facility, the company, manufacturing mobile phones in India since 2007, hopes to double its current capacity for mobile phones in Noida from 68 million units to 120 million units a year by 2020 to supply to Indian and export markets.

LG Electronics, which has two manufacturing units in India, nearly 23,000 trade partners, and 598 service centres, wants to make India its export hub. POSCO, a steel-making company, has set up cold-rolled, galvanized and electrical steel production plants in Maharashtra with an investment of around US$1 billion and also operates steel processing centres in Pune, Delhi, Chennai, and Hyderabad. This year, Hyundai Motors too has announced that it will boost its manufacturing capability by investing nearly US$1 billion.

In the past few years, India and Korea have indeed increased the pace at which they are doing business with each other. Korean investments in India have reached a cumulative figure of almost US$6 billion, with around 600 Korean companies investing in the country. To encourage more such investments, India had launched a Korea-specific facilitation cell “Korea Plus” back in 2015 to guide and handhold Korean investors during the entire lifecycle of the business.

South Korea is pushing even its small and medium-scale enterprises to explore possibilities in India. To that end, the South Korean National IT Industry Promotion Agency (NIPA) has opened an office in India to facilitate Korean start-ups in India.

There is a lot of activity between the two countries in the startup sector as well. India and Korea are all set to co-fund collaborative enterprise-led joint R&D projects in new-age technologies in digital transformation, future manufacturing, future utilities, and health care, through a newly-formed body — the Korea-India Future Strategy Group.

On the back of PM Modi’s call to “more and more” Korean businesses to turn their attention to India, an India Korea Start-up Hub has been launched as well. The hub was conceptualised as part of a joint statement between Korea-Trade Investment Promotion Agency (KOTRA) and Invest India last year to enable collaborations between start-ups, investors, incubators and aspiring entrepreneurs of both countries.

The hub is hosted on the Startup India digital platform and a few success stories figure on the website. NIPA India too hosted ICT bootcamps to bring Korean startups to India, incubate them and accelerate their entry into Indian and neighbouring markets.

One of the key successful cooperation between the two countries that is often talked about in business and diplomatic platforms is the India-Korea co-production of K9 Vajra self-propelled howitzer. The joint production of the gun, a variant of South Korea’s well-known K9 thunder was executed through an agreement made between L&T and South Korean company Hanwa Tech Corporation. L&T had signed a transfer of technology contract with Hanwa tech to produce the gun, which contains 50% Indian indigenous components.

Foreign policy experts reason that the recent traction in economic and trade ties between Korea and India is primarily because both countries recognise the need to engage more with regional partners on significant strategic issues. Both countries have elevated their relations to a Special Strategic Partnership, sharing the same goal of fostering prosperity in the region by forging a future-oriented, mutually beneficial and sustained economic cooperation with each other.

Moreover, Korea’s New Southern Policy (a diplomatic initiative that seeks to broaden Korea’s engagement and diplomatic outreach with India and ASEAN states) and India’s Act East Policy seem to be aligned as well – both policies are aimed at deepening economic, political, cultural and strategic relations with countries in their region.

The two countries also recognize the “immense potential” and mutual commercial benefits that can emerge from a stronger partnership. This was demonstrated when PM Modi addressed the Korean business community during his visit to South Korea earlier this year. He said India and Korea bilateral relations have come a long way – India is one of Korea’s top 10 trade partners and the sixth-largest export destination for Korean goods. The trade volume between the two countries reached US$21.5 billion in 2018 and both countries are aiming to enhance it to US$50billion by 2030.

South Korean enterprises seem eager to participate in India’s growth story. So, Korea has set up a Committee on New Southern Policy to support Korean businesses to gain insight into India and boost partnerships. Korean enterprises seem particularly interested in initiatives like Digital India, Smart Cities and to work with India to provide solutions to their urban problems such as infrastructure, South Korean government officials have said. India and South Korea have identified US$10 billion under Korea’s Economic Development Cooperation Fund and Export Credit, to finance infrastructure projects in India.

To conclude in the words of PM Modi: “Our partnership has immense potential to promote regional growth, development, stability, and prosperity in Asia. India is turning to the east for bigger economic engagement. Similarly, South Korea is trying to diversify its overseas markets.”