Tapping into the potential of the Indian Toy Industry

The Indian toy industry is known for incorporating eco-friendly materials and colours in production.

Toys and games have scope to be integrated into pedagogy within the ambit of the new NEP.

The National Action Plan for Toys has been instituted to increase competitiveness and export preparedness. 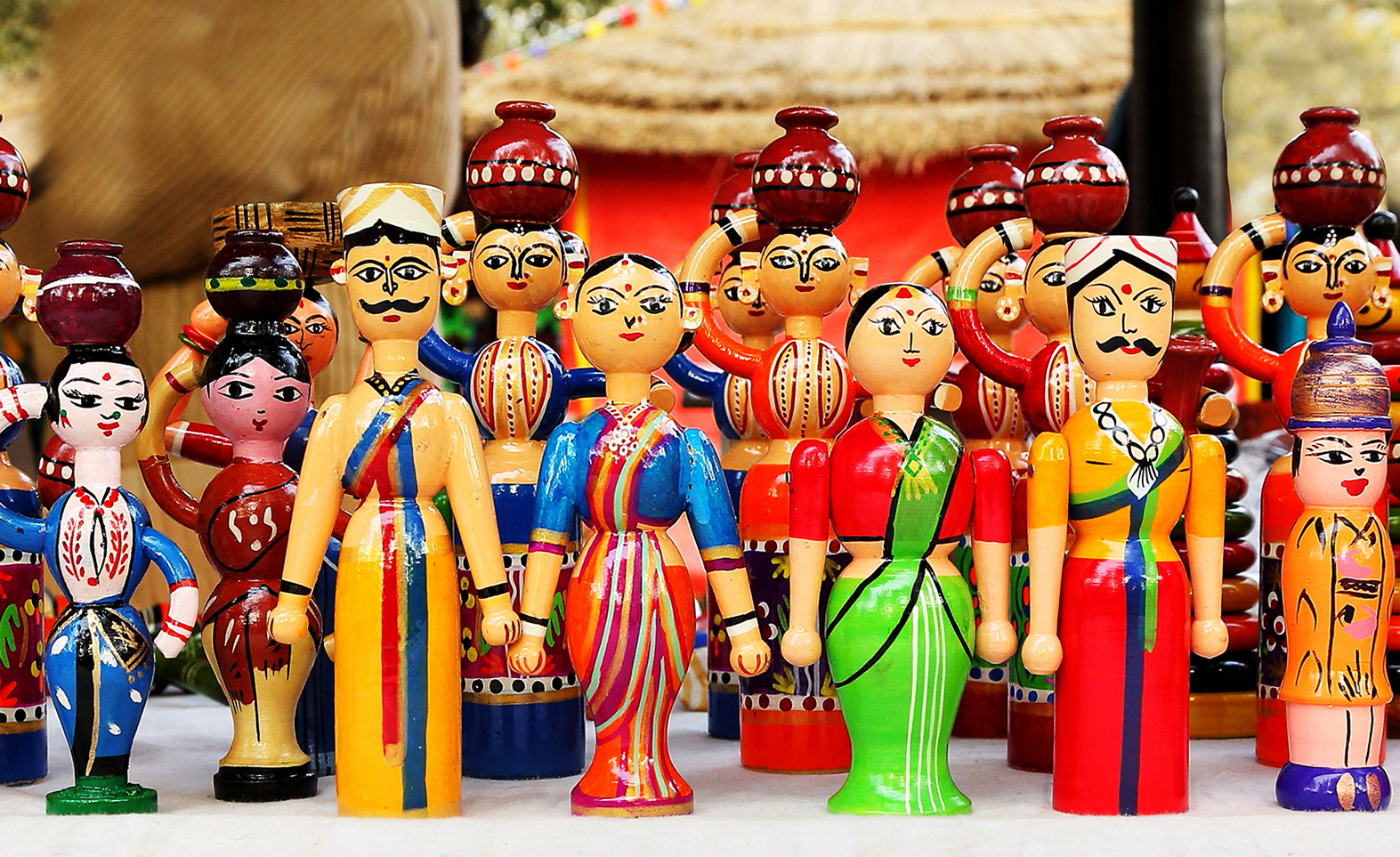 The India Toy Fair 2021 kickstarted on February 27 served as the site of understanding the status quo of the sector and evaluating measures for the way forward. The Prime Minister, during his inaugural address, highlighted the sustainable nature of Indian toys given the materials used in Indian toy making, the plant-dye-based colours and the cultural value of the toys crafted. He also contextualised the role of India’s toys within the new National Education Policy (NEP) as drivers of improvement in childrens’ creative and logical skills. The Prime Minister encouraged toymakers to continue building the imaginative powers of India’s children and interacted with craftspeople from Jaipur, Channapatna and Varanasi. Union Minister Smriti Irani invited the support of educators, startups and students to foster the growth of the sector.

On March 03, Commerce Secretary Anup Wadhawan announced the development of the National Action Plan for Toys, an inter-ministerial initiative to sustain growth within the industry. Ministries and Departments including the Department for Promotion of Industry and Internal Trade (DPIIT), Ministry of Education, Ministry of Commerce and the Ministry of MSME are expected to participate. Efforts are also underway to foster healthy competition within the ecosystem and enhance the Ease of Doing Business. Secretary Wadhawan also mentioned the role of toy banks, libraries and toy tourism in promoting the industry within and outside the nation.

The Chief Minister of Karnataka launched the nation’s first toy development cluster at the Koppal SEZ in January 2011. The unique facility has already received investments worth US$ 211 mn from entities like Aequs Engineering, Hotshot, Playgro and Micro Plastics among others. Local manufacturers and global players alike will have the opportunity to participate in toy manufacturing and making the sector export-ready.

West Bengal, Maharashtra and Gujarat are three other Indian States that are taking on similar initiatives to empower the industry. Media sources report that talks are ongoing between the West Bengal State government and the EXIM Association to set up a Toy Park. The Maharashtra State Government has announced plans to establish Toy Parks at Nashik, Solapur, Khalapur, Malegaon and Shahapur. The state of Gujarat is in the process of engaging with potential foreign investors in the Western and Eastern Hemispheres.

The impact of COVID-19 on the Toy Industry

COVID-19 ushered in a significant shift in the priorities of the industry’s target audience: parents. The lockdown routine appears to have furthered the perception of toys as a luxury as opposed to a necessity. Industry leaders allude to Indian consumers’ conservative spending habits as the cause for this change.

Many also observe that the import duty of 60% levied by the Government of India led to price hikes in individual commodities. Measures to cut corners in the quality of imported toys were met with stringent standards imposed through India’s BIS hallmarks.  The pandemic also exposed the industry’s dependence on imported moulds for different types of toys that are to be subsequently manufactured in India.

The trickling down of inferior quality toys into smaller markets appears to be an unintended consequence of higher import tariffs.

Way forward for the industry

Improving consumption patterns among the industry’s target audience would require concerted efforts at recontextualization. The National Education Policy which makes space for innovative learning approaches could give educators incentive to include gamification in pedagogy. Students could be introduced to different types of historic games to help shape their analytical thinking and improve decision-making skills. Cultural commentators opine that creating dedicated public spaces for families and friend groups to spend time playing Indian games could revive interest.

On the production front, indigenous toys are developed in silos in certain parts of the country. Irregularities in inputs can reflect in the selling prices of the toys thereby making them inaccessible to the general public. It is important that State governments work closely with craftspeople to better understand how the production ecosystem can be improved and manufacturing can be scaled up without affecting employment. Efforts to integrate toy design and manufacturing into vocational training curricula could boost employment opportunities within the sector and elicit interest from the youth. Furthermore, measures such as the above could bolster efforts to sustain cultural and artistic diversity within the nation.