In the past year, Indo-Norway ocean cooperation is indeed getting stronger but the two countries are also intensifying their business interests in the fields of power generation, financial services, clean energy, and IT sectors

In 1953, a tripartite agreement between India, Norway and the UN-led to the formation of an Indo-Norwegian fisheries project aimed at improving the fishermen community in Kerala

More than 100 Norwegian companies are engaged in India in areas such as shipbuilding, energy, marine/sub-sea drilling equipment, hydropower, clean energy, finance, and IT services

In October 2019, India’s IT services firm HCL had renewed a multi-million dollar IT operations and transformation agreement with Equinor, the largest supplier of oil and gas in the Nordic 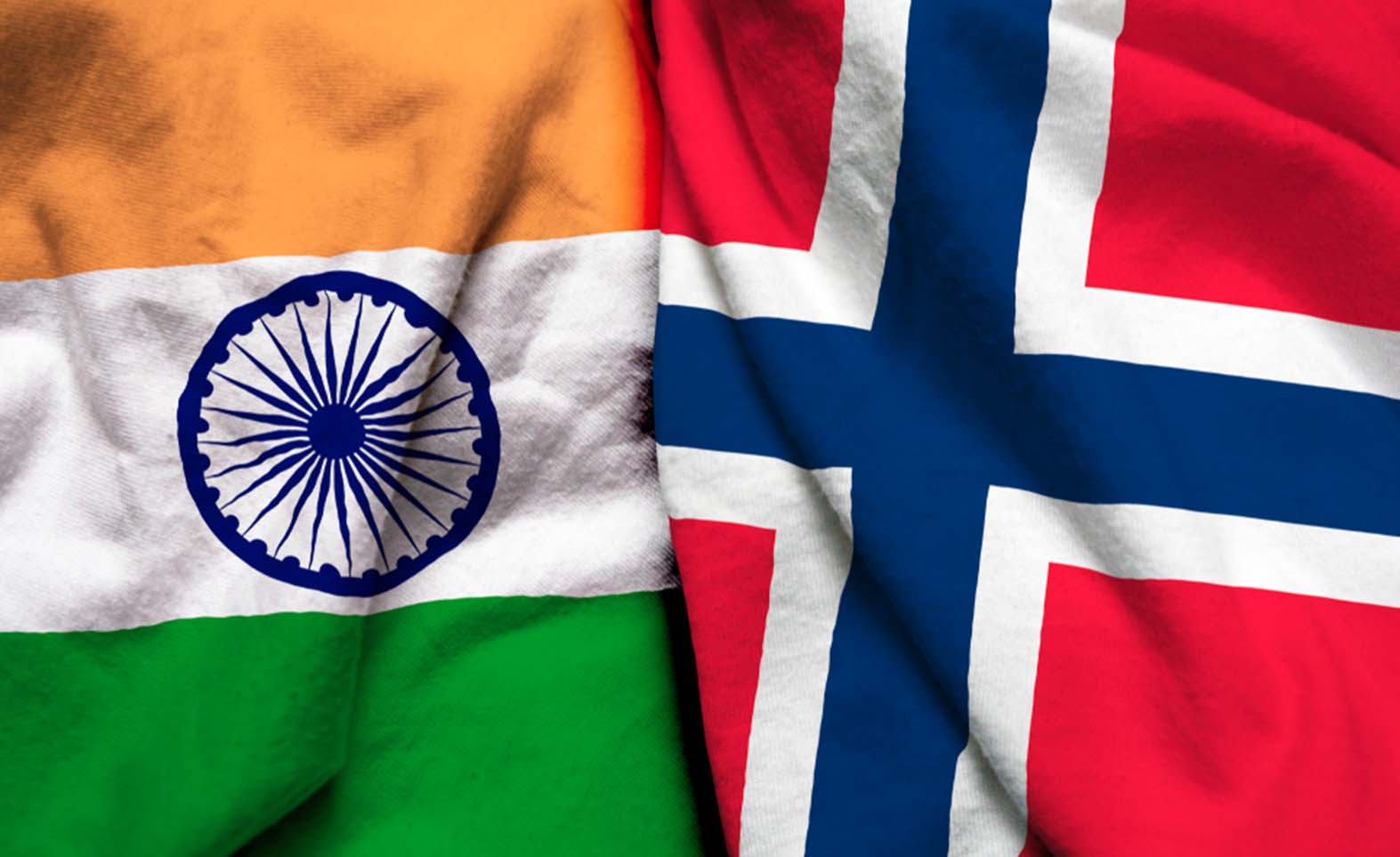 In February, India and Norway moved closer to making maritime cooperation a key pillar in their bilateral relations by strengthening their one-year-old strategic collaboration in Blue Economy. This was done by signing a Letter of Intent to develop a new partnership framework on ‘Integrated Ocean Management and Research’, which is in addition to a Joint Task Force to facilitate the Blue Economy and a Marine Pollution Initiative established in 2019.

Indo-Norway ocean cooperation took off in January 2019 with the signing of an MoU, in which both countries committed to tackling challenges such as climate change, fisheries depletion, maritime pollution and ocean litter. According to foreign policy experts, oceans produce goods and services worth US$2.5 trillion each year, which is expected to double by 2030. And, increasingly, Norway and other Nordic countries are shaping global thinking on the importance of harnessing ocean wealth sustainably.

Norway has emerged as a global leader in the Blue Economy. They are world leaders in advanced technologies for sustainable use of marine resources and India is keen to tap Norway’s oceanography expertise in areas such as developing solutions for better fishing advisories, to explore deep ocean mining and to possibly probe a 75,000 sq km area in the Central Indian Ocean, say Indian officials. Norway is also willing to share its knowledge with Indian industries on sustainable practices in fisheries (especially in fish packaging and transportation), maritime transport, oil and gas, renewable energy, shipping and offshore.

Ocean cooperation from the 1950s

Interestingly, the Indo-Norway collaboration on seas dates back to the 1950s. In 1953, a tripartite agreement signed between India, Norway and the United Nations resulted in the formation of an Indo-Norwegian fisheries project targeted at improving and developing fisheries and the fishermen community at Neendakara, a fishing harbour in the then Travancore Cochin state (present-day Kerala).

In this project, the Norwegians used to impart technical expertise on fishing trawlers, slipway construction, mechanized fishing, the handling of bulk fish landings, identification of new shores, etc. In a way, they laid the foundation for the development of the fisheries sector in Kerala.

Over the years, as India has grown to become the world’s fifth-largest economy with a huge market and talented human capital, the nature of bilateral relations has changed and amplified. Today, more than 100 Norwegian companies are engaged in India in areas such as shipbuilding, petroleum-related services, marine/subsea drilling equipment, hydropower, clean energy, finance, and IT services.

Yet, according to government sources, Foreign Direct Investments (FDI) inflows from Norway to India have amounted to just US$257 million between April 2000 to September 2019, lower than other Nordic countries such as Sweden and Finland. But, economic ties between the two countries in the field of power generation, financial services, clean energy, maritime, aquaculture and IT continue to thrive and grow.

Norway has always eyed the clean energy space in India. And, today as India strongly pushes to augment its renewable energy production, large Norwegian businesses in the gas, solar, wind and hydropower sectors are showing interest in the sector. A classic example being Statkraft, a leading Nordic renewable energy generator and one of the first foreign investors to enter India’s clean energy space.

In 2004, this Norwegian company acquired 49 per cent shares in the Malana Power Company Ltd, owned by the Indian LNJ Bhilwara Group, and operates two hydropower plants, the 182 MW Allain Duhangan plant located near Manali and the 108 MW Malana plant in the Kullu valley. The company also has a joint venture with Bharat Light and Power to start a 5MW solar plant in Karnataka.

Though Norwegian firms have been present in the banking sector, the Nordic Microfinance Initiative (NMI), a Norway-Denmark joint government investment fund is focussing on microfinance institutions in developing countries, primarily as equity investments although it also offers loans. Highly positive about India and the financial services space, 35 per cent of NMI’s new Fund IV, targeted to raise US$150 million will be invested in India, says a company spokesperson. NMI has already invested in Dvara KGFS, a private trust which offers a range of financial products and services in remote rural areas.

Another long-time player in the Indian market has been Yara International ASA, a global fertiliser and crop nutrition major, which recently completed the process of acquiring the urea business of Tata Chemicals for US$421 million (One US dollar at INR 63.5) to broaden its footprint in India, the world’s second-largest fertiliser market. It was the first FDI in the highly regulated urea sector, said press reports. The deal included the transfer of all assets and liabilities of the energy-efficient Tata Chemical Babrala plant in UP.

Indian companies too are active in Norway. Besides Indian majors tying up with Norwegian companies in the petroleum and energy sector, classic take-overs include Chennai-based Aban Offshore acquiring Norwegian drilling company Sinvest for US$ 1.3 billion in 2007, while Siva Ventures took over the Norwegian shipping company, J.B. Ugland Shipping AS for US$300 million in 2008.

Indian IT services majors like TCS, Infosys, L&T Infotech, Cognizant, and Tech Mahindra are increasingly stepping up their presence in the Nordic countries as well. They are strengthening their foothold in the Nordic markets which they view as progressive, innovative and tech-driven with a futuristic communication ecosystem and a high-quality workforce. In October 2019, HCL Technologies, India’s third-largest software services firm sealed a significantly large multi-million deal by renewing its IT operations and transformation agreement with Equinor, the largest supplier of oil and gas in the Nordic energy market.

Indo-Norwegian research collaborations have witnessed impressive growth in the last few years as well. It got a further boost when the Research Council of Norway established the Norwegian Program for Research Cooperation (INDNOR) in 2010 to promote research and research funding in ICT in India. For example, INDNOR provides grants amounting to USD 5.5 million for joint projects on ICT with the environment, climate change and clean energy as three thematic priority areas in the program.

One of India’s longest research partnerships with Norway, however, has been in the Arctic region. India’s Arctic station ‘Himadri’ located at Ny Alesund, Spitsbergen Island, Norway has served as a hub of Indian scientific investigations since 2008. India and Norway deepened their synergy in the area of polar research when Norway extended full support to India becoming a permanent observer in the Arctic Council in 2013.

Norway India 2030 – a strategy for future

Recently, Norway has chalked out a strategy to renew and strengthen their business ties with India until 2030. Besides other priorities, Norway’s two key focus areas with India are the blue economy and the use of marine resources. Norway recognises that India is at the forefront with bans on plastic waste, determined targets in renewable energy and ambitious goals for electric vehicles and hopes to offer their technology for LNG or battery-powered ships and especially increase Norwegian companies share in India’s ocean-based sector.