The Netherlands is also among the top 5 investors in India, with investments of US$24.3 billion between 2000 and 2017 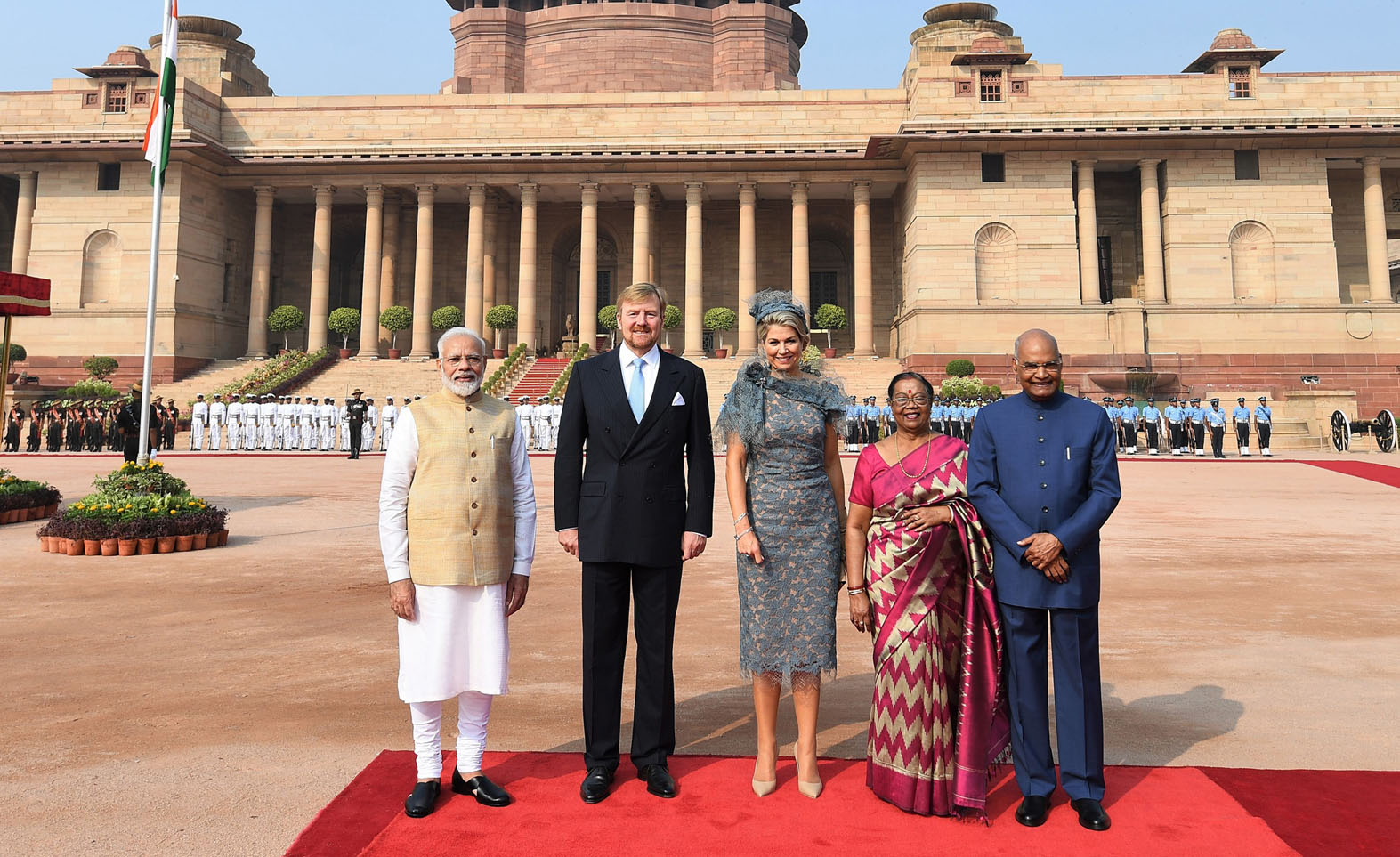 President of India, Shri Ram Nath Kovind, received His Majesty King Willem-Alexander and Her Majesty Queen Maxima of the Netherlands at Rashtrapati Bhavan on October 14. The Royal visit comes amid strengthening bilateral relations between India and the Netherlands that have seen three visits at the level of Prime Ministers in the last four years. As a result, the Netherlands is now home to the largest Indian community on mainland Europe. Meanwhile, India has emerged as an important partner globally to capture future growth.

In his welcome address, President Kovind said that economic relationship was a key pillar of bilateral ties. The Netherlands is India’s 28th largest trading partner globally and 6th largest trading partner from the European Union (EU). The Netherlands has been the gateway for over 20 per cent of all of India’s exports to the EU. Netherlands is also among the leading investors in India, with investments worth US$24.3 billion between 2000 and 2017, ranking amongst the top 5 investors. India too was amongst the top 5 investors in Netherlands.

Given Dutch expertise in the fields of agriculture, water management, port development, waste management and urban planning, President Kovind invited them to partner India in its growth story. He also appreciated the Netherlands’ support for India’s membership to the different Export Control Regimes and for its claim to a permanent seat in the UN Security Council. Amid growing trade ties, India and the Netherlands have been collaborating on contemporary challenges, particularly climate action, cyber security and terrorism.

The Royal delegation attended the 25th edition of DST-CII India Netherlands Technology Summit in New Delhi, an event that commemorated bilateral collaboration in science and technology. Inaugurating the event, King Willem-Alexander said that India was a partner of trust and both nations could collaborate in agriculture and food security, water management and climate change, as well as public private partnerships. There is scope to collaborate in tackling poverty, hunger, job creation, energy security, human rights, and gender inequality.