A series of investors summits held by different State Governments across India has offered lucrative trade and investment opportunities to entities from India and abroad, thus upping India’s quotient as a successful business destination

The global investors summit of Maharashtra attracted investment commitments worth well over US$184 billion from more than 4,100 agreements that are touted to create over 3.6 million jobs

The Uttar Pradesh Investors’ Summit attracted preliminary investment commitment of well over US$66 billion through over 1,000 deals, including a US$3 billion defense industrial corridor

The largest-ever investment promotion initiative by Assam attracted 200 MoUs with estimated investment of US$15.6 billion; Projects include cancer research centres and seaplane service 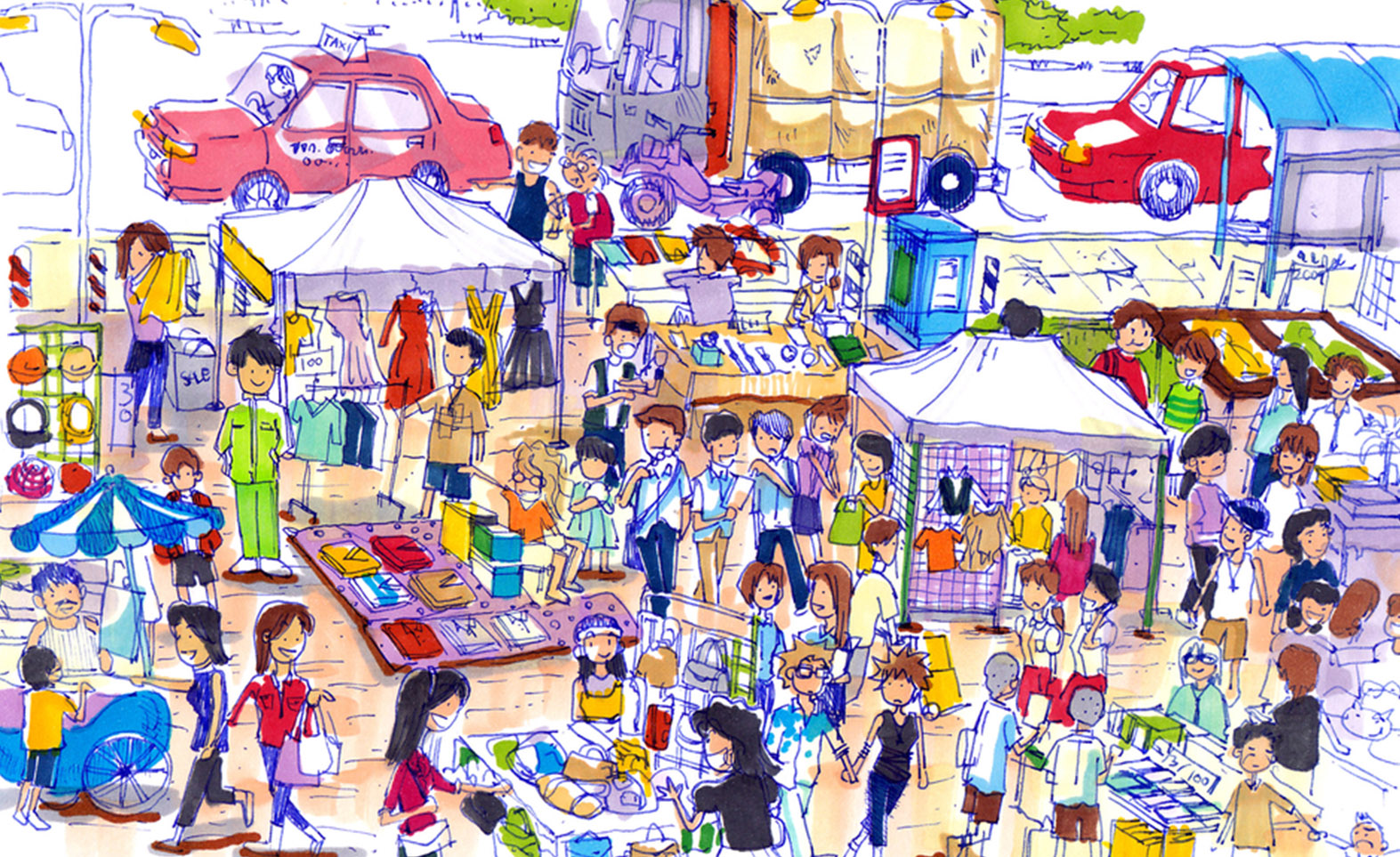 Some of the biggest and most prominent states across India recently concluded their respective investors summits that offered lucrative trade and investment opportunities to government as well as private entities from India and abroad. The initiatives backed by India’s Central Government have helped in upping the country’s quotient as a successful business destination. The events led to the signing of agreements related to certain path-breaking and innovative projects that would contribute to increasing the national gross domestic product, besides adding thousands of new jobs. Over the first two months of 2018, at least five Indian states – Maharashtra, UP, West Bengal, Assam and Andhra Pradesh – held investor summits that led to commitment worth billions of dollars into projects such as seaplane service and hyperloop transportation to defence manufacturing and infrastructure development.

The global investors summit of the western state of Maharashtra, attracted investment commitments worth well over US$184 billion. The conference was inaugurated by Prime Minister Narendra Modi on February 18. The three-day conference, organised by the State Government of Maharashtra, saw the signing of more than 4,100 memorandums of understanding (MoUs) that are expected to generate over 3.6 million new jobs in the state. The investments are primarily related to the defence, manufacturing, housing, transportation, infrastructure, energy, textiles, electric vehicles sectors as well as the ambitious hyperloop project. The conference was attended by CEOs of nearly 50 foreign companies and around 165 CEOs of Indian entities. The biggest investment committers at the summit included Indian Railways and Reliance Industries. The state will also receive confirmed investment of around US$60 billion through over 100 MoUs that will be enforced in association with the Union Government. These projects will generated more than 200,000 jobs. The latest summit comes two years after Maharashtra held the week-long “Make in India” week which saw the signing of nearly 3,000 MoUs. PM Modi said that the Maharashtra Government’s initiatives to strengthen the investment climate have contributed to upgrading of the state’s World Bank’s Ease of Doing Business ranking.

The Uttar Pradesh Investors’ Summit 2018 revealed lucrative investment opportunities in one of the largest Indian states. The two-day event, organised by the State Government of UP, was inaugurated by Prime Minister Narendra Modi on February 21st. The two-day event attracted preliminary investment commitment of well over US$66 billion through over 1,000 deals, just on the first day of the event. The summit focussed on the sectors of civil aviation, IT services, dairy, electronics manufacturing, tourism, micro small and medium enterprises, renewable energy, textile and food processing. The summit was attended by more than 6,000 delegates and featured over 150 speakers, and seven nations – Finland, Netherlands, Japan, Czech Republic, Thailand, Slovakia and Mauritius – participated as partners at the investors event. The investor summit comes in the backdrop of the Central Government’s call to the states to display their strengths as business and investment destinations to the world. PM Modi also announced plans to set up a defence industrial corridor at the Bundelkhand region of Uttar Pradesh. The project will involve investment of around US$3 billion and is expected to create around 250,000 jobs. The PM also announced plans to set up two new international airports in the state at Jewar, near Noida, and at Kushinagar –  important centre for Buddhist pilgrimage.

The largest ever investment promotion initiative by the State Government of Assam saw around 200 MoUs being signed with estimated investment of around US$15.6 billion

The largest ever investment promotion initiative by the State Government of Assam attracted a number of high-profile trade and investment commitments. The event over February 3-4 saw around 200 MoUs being signed with estimated investment of around US$15.6 billion. The Global Investors Summit highlighted the geo-strategic advantages of Assam and showcased the manufacturing prowess and the opportunities offered by the state in export-oriented manufacturing and services to economies in Southeast Asia. The summit highlighted investment opportunities in the state, focusing on: Power, Agriculture & Food Processing, IT & ITeS, Pharmaceuticals & Medical Equipment, Textiles, Tourism, Hospitality & Wellness, Civil Aviation and Petroleum and Natural Gas. Some of the deals signed at the event were: Reliance Industries plans to invest US$390 million in Assam across energy, retail, telecom and tourism, generating around 80,000 jobs over the coming three years; Indian Oil aims to invest US$530.7 million in Assam over the coming five years to set up new operation units and upgrade its existing infrastructure; Tata Group and the Assam Government will jointly launch 17 advanced cancer care facilities across 15 state districts. SpiceJet is looking at opportunities to launch seaplace service on the Brahmaputra river in Assam, potentially connecting neighbouring countries.

The State Government of West Bengal had organised the Bengal Global Business Summit 2018 over January 16-17. The event attracted new proposed investments of over US$33.7 billion. At the event, Chief Minister Mamata Banerjee said that 50 per cent of the business proposals from the previous year’s investor summit and those from the years before that were in the process of being implemented. The Chief MInister added that more than 1,000 business-to-business and around 40 business-to-government meetings were held in the summit and 110 MoUs were signed. The agreements are estimated to generate more than 2 million jobs in the coming years. More than 32 nations and over 4,000 delegates participated in the summit. Reliance Industries, one of India’s largest conglomerates, committed more than US$760 million. A rich industrial, engineering and manufacturing heritage as well as a flourishing agricultural sector have presented lucrative business opportunities in the state. Additionally, the state’s strategic location halfway between the West and the South of India and the Northeast India has presented unique opportunities. West bengal’s diverse geographical features ranging from the Himalayas to the Bay of bengal offers as well as proximity to neighbouring nations of Nepal, Bangladesh, Bhutan and the ASEAN states offers a broad range of investment options.

The State Government of Andhra Pradesh had organised the Sunrise Andhra Pradesh Investment Meet over February 24-26. The event, held in partnership with the Confederation of Indian Industry (CII), was held alongside CII Partnership Summit 2018. The event drew investment commitment of around US$67.5 billion from more than 730 memorandums of understanding. The investments, including those from global conglomerates such as Reliance Industries, Adani Group, Lulu Group and Google, is expected to create more than 1.1 million jobs. The agreements covered the sectors of energy, IT & Electronics, hospitality, infrastructure and transportation, aerospace, defence, food processing, textile, health and manufacturing. Andhra Pradesh is strategically located in the southeastern coast of India and is a natural gateway to East and Southeast Asia. The State has abundant natural resources such as barytes, limestone, bauxite, and a number of minor minerals, conducive agro-climatic conditions and India’s second-longest coastline of 974 kms. The State had recorded a compound annual growth rate of 11.61% in 2016-17. As part of its economic growth plan, Andhra Pradesh is setting up 18 GW of renewable energy capacity by fiscal year 2021-22. The state is undergoing a major development phase that includes a new capital city of Amaravati as well as 14 ports by 2029 and 12 airports by 2020.