On World Youth Skills Day (July 15), the Ministry of Skill Development and Entrepreneurship (MSDE) rang in the fourth anniversary of the Skill India Mission in New Delhi

With India having one of the world’s highest young populations, more than 10 million youth join the skilling ecosystem every year

The MSDE announced the launch of Kaushal Pakhwada, under which country-wide sessions and workshops will be conducted 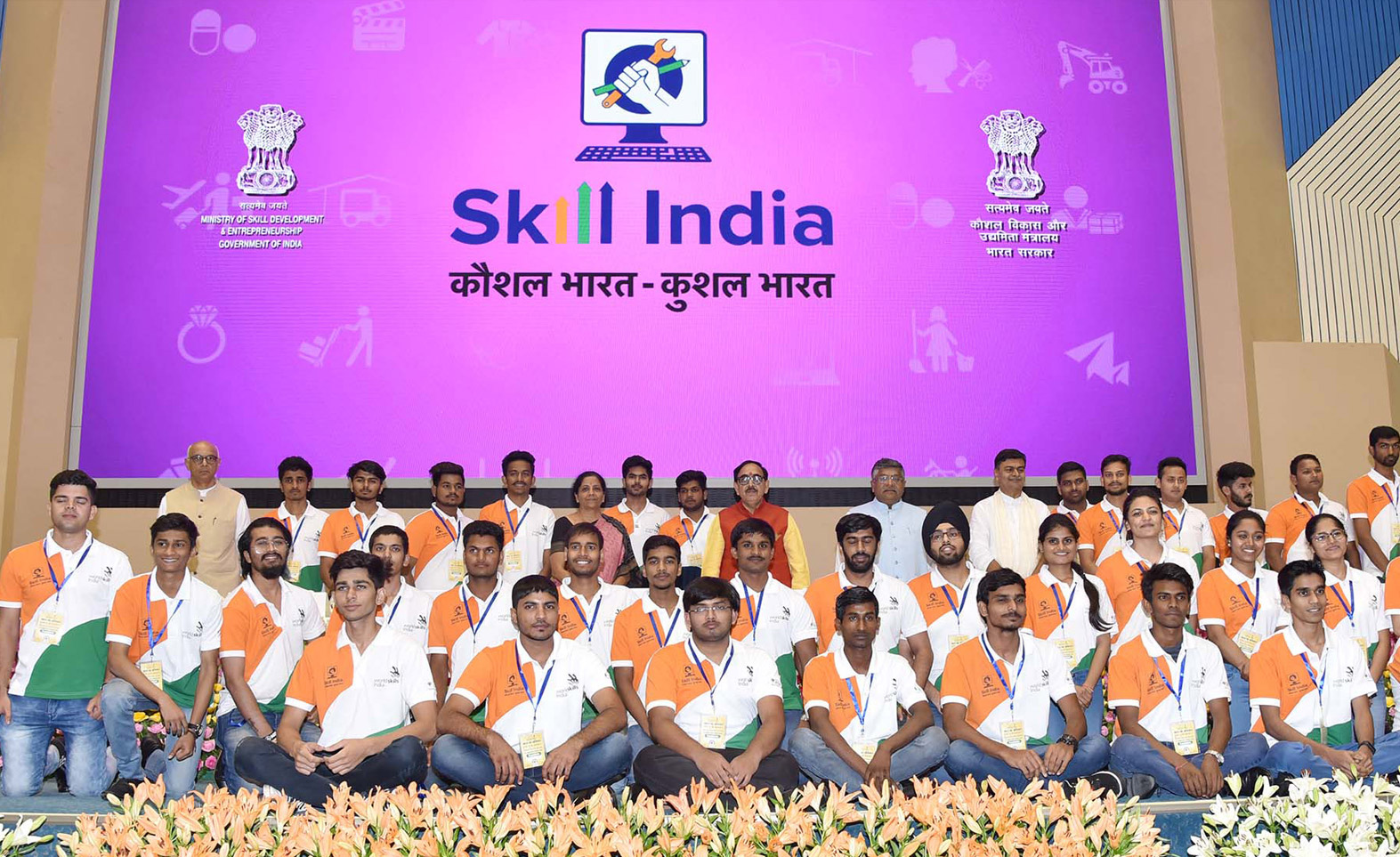 On World Youth Skills Day (July 15), the Ministry of Skill Development and Entrepreneurship (MSDE) rang in the fourth anniversary of the Skill India Mission in New Delhi. The event, which featured a series of big-ticket announcements and signing of preliminary agreements, had several dignitaries coming together to show their commitment to the Skill India Mission.

Addressing the youth, Chief Guest Smt. Nirmala Sitharaman, Minister of Finance & Corporate Affairs, said, “Do not settle for something just because it is easy. Strive for what you want, put your heart to it and you will achieve it. Earlier it was not easy to look for opportunities, but today with the help of the Ministry, the Government has created an ecosystem for training.”

Dr. Mahendra Nath Pandey, Minister for Skill Development & Entrepreneurship, added, “We have announced a number of initiatives today that will engage the youth in various skills designed to cater to new avenues of employment. We have placed emphasis on promoting apprenticeship and have rationalised the stipends to increase participation in this program.”

The event saw various launches and exchange of agreements between government agencies and the private sector in various areas like industry, academia, finance, and women empowerment. The private partners here included McDonald’s, UrbanClap, Ness Wadia College of Commerce, among others.

The highlight of the day was Kaushal Yuva Samwaad, an open dialogue with youths from across the country to discuss potential issues and solutions from the candidates’ perspective. The two-week consulting programme was organised on a nationwide scale to engage young job-seekers to understand their views and ideas, and identify opportunities to help the Ministry in building on existing programmes and improving overall efficiency of its projects.

The MSDE also announced the launch of Kaushal Pakhwada, a 15-day campaign under which sessions and workshops will be conducted across the country to empower young trainees under the Skill India Mission. In addition, they introduced a 48-member contingent that will be representing India at the World Skills International Competition, to be held between August 22-28 in Kazan, Russia.

Dr. KP Krishnan, Secretary, Ministry of Skill Development and Entrepreneurship, who opened the ceremony by welcoming all delegates and guests, said the Ministry would be focusing its efforts on the informal and unorganised sector especially the small and medium enterprises.