HAL’s upcoming products include the Advanced Medium Combat Aircraft and the Twin Engine Deck Based Fighter.

In 2020-21 HAL secured the largest ever defence contract by an Indian company, that of 83 LCA MK-IA.

India is among the top five in the world in military spending and has been trying to promote domestic manufacturing to cut reliance on imports. 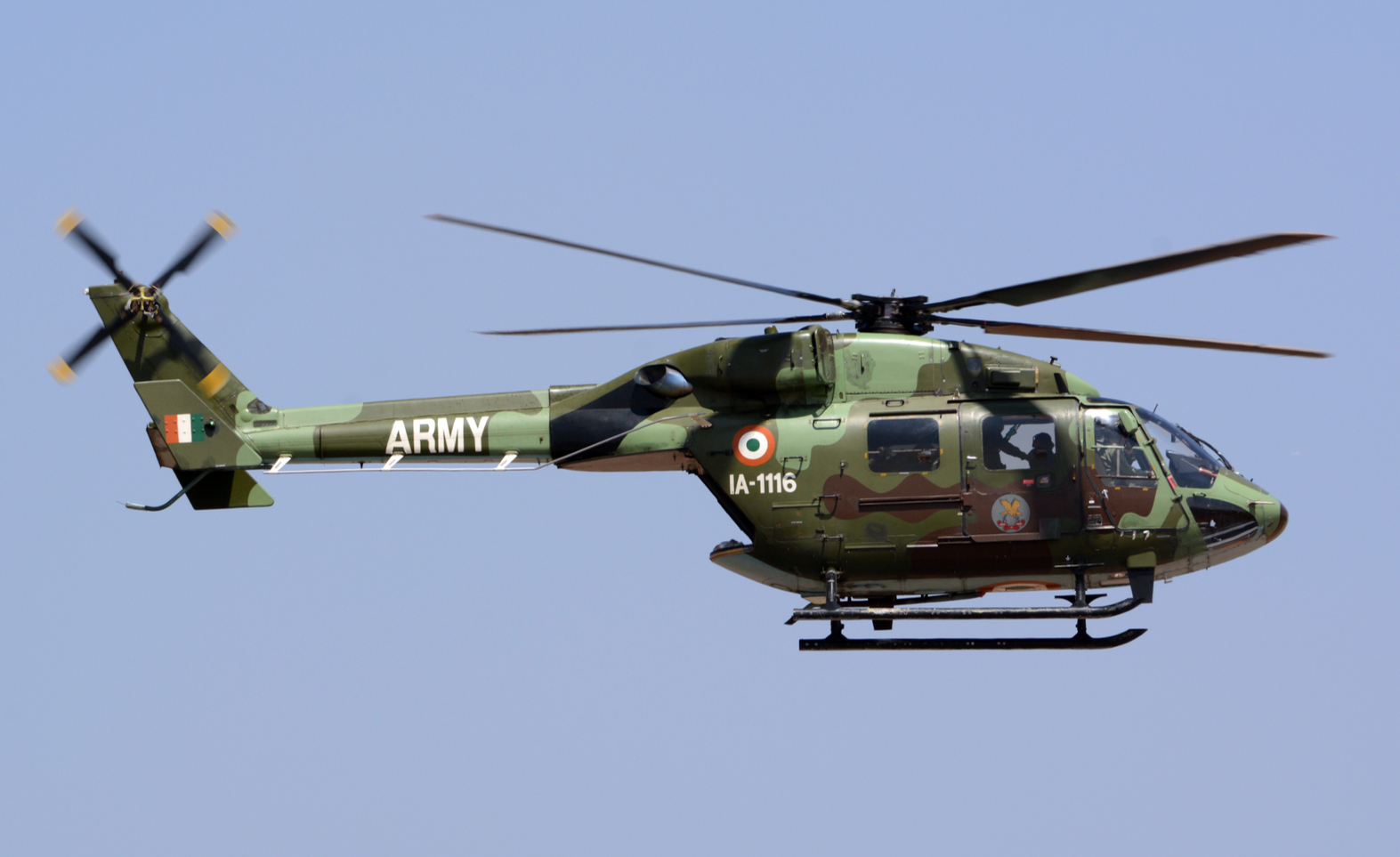 State-run Hindustan Aeronautics Ltd delivered three Advanced Light Helicopters (ALH) MK III helicopters to the Indian Navy that in turn, commissioned them on June 7. These advanced helicopters will boost India’s maritime reconnaissance facilities, besides showcasing the nation’s prowess in defence manufacturing. The choppers are fitted with modern surveillance radar and electro-optical equipment, which enable them to undertake the role of maritime reconnaissance in addition to providing long-range search and rescue, both by day and night.

THE EAGLE OF THE AIR

According to the website of HAL, the MK III choppers can also be used in high-altitude operations. This is critical keeping in mind the long Himalayan boundary that India shares with its neighbours. These choppers are from the famed ALH-DHRUV range, of which 228 have been produced by March 2017 including 216 for the Indian Armed Forces. However, unlike Mark I and Mark II that were mostly for general utility while the Mark III and IV versions can be used extensively for defence purposes.

HAL, the maker of ALH MK III, was incorporated in 1963 and is the backbone of India’s air defence products. It is one of the largest defence PSUs engaged in the design, development, manufacture, repair, overhaul, upgrade and servicing of a wide range of products including, aircraft, helicopters, aero-engines, avionics, accessories and aerospace structures, according to a report by Angel Broking. As of July 2020, HAL had a strong order backlog of US$7bn  (Rs 52,000 crore). This is expected to grow substantially over the next few years as the company is likely to get many new orders including those for 83 light combat aircraft (LCA). Moreover, the company will keep getting orders for upgrades of existing aircraft. This will ensure a constant flow of orders, the brokerage said in a report during the company’s initial public offering.

HAL is among the top 50 aerospace companies in the world in terms of revenue, and has been the flag bearer for the country in the aviation sector contributing substantially towards indigenous capability development in this niche segment. Its upcoming products include Advanced Medium Combat Aircraft, Twin Engine Deck Based Fighter, the twin-engine naval version of the LCA and the 12-ton class Indian Multirole Helicopter.

The year 2020-21 was significant for the company since it secured the largest ever defence contract of 83 LCA MK-IA by an Indian company. This helped the Bengaluru-based manufacturer to surpass its order book position in excess of US$ 10bn (Rs 80,000 crore).

HAL produced 41 new helicopters/aircraft, 102 new engines, overhauled 198 aircraft/helicopters and 506 engines in 2020-21. It also took various cost-cutting and austerity measures during the year that included indigenisation of various components, increasing outsourcing efforts and rationalisation of manpower to register a double-digit growth in terms of its profit after tax.

India is among the top five countries in the world in terms of military spending and has been trying to promote domestic manufacturing to cut reliance on imports. FDI in the defence sector is allowed up to 74 percent through the automatic route for companies seeking new industrial licenses. There is also scope for up to 100 percent FDI under the government route.

Self-reliance in defence manufacturing continues to be an important pillar of India’s strategic autonomy, the government had said in a report. In line with the government’s ‘Make in India’ programme, several initiatives have been taken in recent years to build a robust defence industrial ecosystem capable of meeting existing and future requirements of the Armed Forces. The emerging dynamism of the Indian industry is being utilised to build domestic capabilities for designing, developing and manufacturing state of the art defence equipment. The Indian Air Force is also supporting indigenization of defence equipment to reduce dependency on import of defence equipment. To this end, it has inducted Light Combat Aircraft, Akash Missile and Advanced Light Helicopter. The IAF plans to induct more capable and potent LCA Mk-IA in the future.