The Sanjeevani booti which is believed to have revived a sinking Lakshmana (Ref: Ramayana) is said to have been the first mention of Chai (tea) in India

During 2018, the total tea production in India stood at 1.3 billion kgs, a growth of 74.6 million kgs from the previous year

India, the world’s second-largest tea producer, is a top exporter to markets like Japan, the US, Saudi Arabia, Germany, the UK

Since 1947, India’s tea output has risen by over 250 per cent, while land used for production has grown by 40 per cent 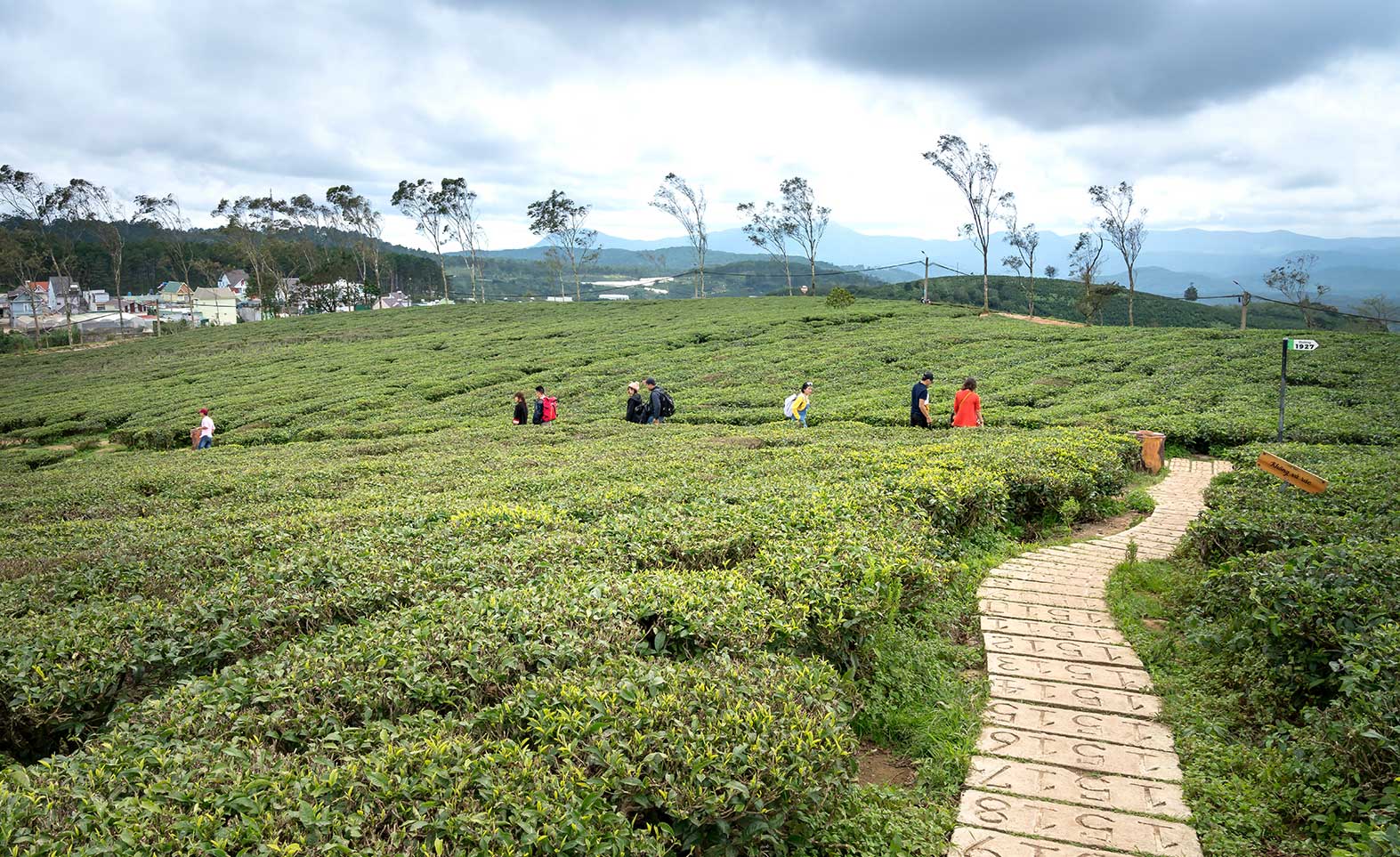 Tea-pickers and tea estate owners in some of the more than 80 estates that dot the hills of Darjeeling believe that on certain full moon nights, the Sun, Moon, and Earth align in a particular order, making the occasion auspicious for tea picking. Tea leaves at these estates are thus picked, only four or five times a year, based on the celestial calendar, making them exclusive with a premium price tag. Traditions such as these have strengthened the appeal of Indian teas worldwide, with markets covering Japan, Australia, Canada, Singapore, US, Iran, Saudi Arabia, Germany, the Netherlands, and the UK, among others. India, the world’s second-largest tea producer, has thus emerged as a major exporter.

The ‘Champagne of Teas’, harvested in Makaibari, one of the oldest estates in Darjeeling, is described as a relaxing, anti-aging liquor, ideally sipped at bedtime. The Silver Tips Imperial leaves are picked and packaged before the first light of dawn, to keep the integrity of the aroma. The pre-picking protocol includes a ceremony which is held at dusk, with drums and prayer chants calling on the Gods to bless the tea-picking ritual. This exclusive tea has been served at leading international events, as well as at the Buckingham Palace. In a BBC interview, the estate had confirmed that there had been years when the tea sold at a record price of US$1,850 for a kilogram, to buyers in Japan, US and the UK.

Manohari Gold, another celebri-tea from India is also exclusive and expensive. Grown at Manohari Estate in Assam’s Dibrugarh, Manohari Gold is an orthodox variety that yields golden-tipped leaves. Unlike other tea leaves from Assam that are dark, or almost black in colour, this variety produces leaves that are a shade of burnished gold. The tea leaves are picked at pre-dawn (between 4 am and 6a m) to prevent the sun from altering its distinct aroma and flavour. Produced in small volumes, Manohari Gold has fetched a price of up to US$562 per kilogram in the domestic market. The tea being hand-rolled, the yield does not exceed 50 grams per day, adding to its mystique factor.

Tea from the Donyi Polo Tea, located in Arunachal Pradesh, has also been making a mark in auctions, with its Golden Needle and Purple teas. The estate produces six varieties of speciality teas and made news when its Golden Needles tea sold for as much as US$567 for a kilogram, making it the most expensive tea sold at an auction within India, until now. The tea enjoys special treatment — only its buds are plucked and hand-rolled to give them their needle-like shape. Meanwhile, Purple tea from the same Donyi Polo Tea Estate was auctioned at US$353 for a kilogram. Owing to the unique nature and high quality, India’s tea exports touched a record high volume of 240.7 million kgs in 2017.

A lot can happen over a cup of tea

Each of these extremely rare tea variants — Oolong, Yellow, White, Silver Needles, Golden Needles and Purple — are specialty teas, cultivated with care, and reaching its full potential only when all factors, including weather conditions, align. Recent measures taken by the Central Government to streamline the tea industry have encouraged tea-plantations in northeastern India. No wonder that during May 2019, tea production in Assam rose by 17.5 per cent to 66.5 million kgs. Since 1947, the nation’s tea output has risen by 250 per cent, while the land used for production has grown by 40 per cent. After battling prolonged management issues, the tea sector is regaining its past glory.

The number of tea estates has thus grown around India, especially in states like Arunachal Pradesh and Assam. Among the finest in the world, teas from India have benefited from strong geographical indications, heavy investments, continuous innovation, augmented product mix, and strategic market expansion. Unlike other tea producing and exporting nations, India has a production base for both CTC and orthodox tea, as well as green tea. This has strengthened the possibilities. As a result, over the first five months of 2019, India produced around 322.8 million kg of tea, marking a year-on-year increase of 6.6 per cent. The turnover of the Indian tea industry is roughly US$1.5 billion.

In India, a lot can happen over a cup of tea. Tea-legends abound here. The Sanjeevani booti which is believed to have revived a sinking Lakshmana (Ref: Ramayana) is said to have been the first mention of Chai (tea) in India. In the 12th century, leaves of tea shrubs were used as an herb by members of the Singpho tribe in Assam. Indian tea production got industrial during the British colonization of India. In fact, it was a gentleman named William Mckercher who invented the cut, tear, curl (CTC) method of processing tea that resulted in the brew becoming more popular and more affordable for mass consumption. India’s current annual consumption of tea is estimated at 837,000 tonnes.

Today, India’s CTC blends qualify to be among the best in the world. India exports CTC grade primarily to countries like Egypt, Pakistan, and the UK, and the orthodox variety is shipped to Iraq, Iran and Russia. In the international market, there has been sustained high demand for Indian tea. India’s tea sector is currently recording peak performance with production in May rising by 10 per cent to 134.8 million kg. According to the Tea board, this was primarily owing to higher plucking in the top producing states. In 2018, the Indian tea industry recorded the highest production till date. The total tea production in India stood at 1.3 billion kgs, a growth of 74.6 million kgs from the previous year.