Four agreements on security, tourism, science and technology and the maritime sector were signed by both nations during President Kovind’s visit 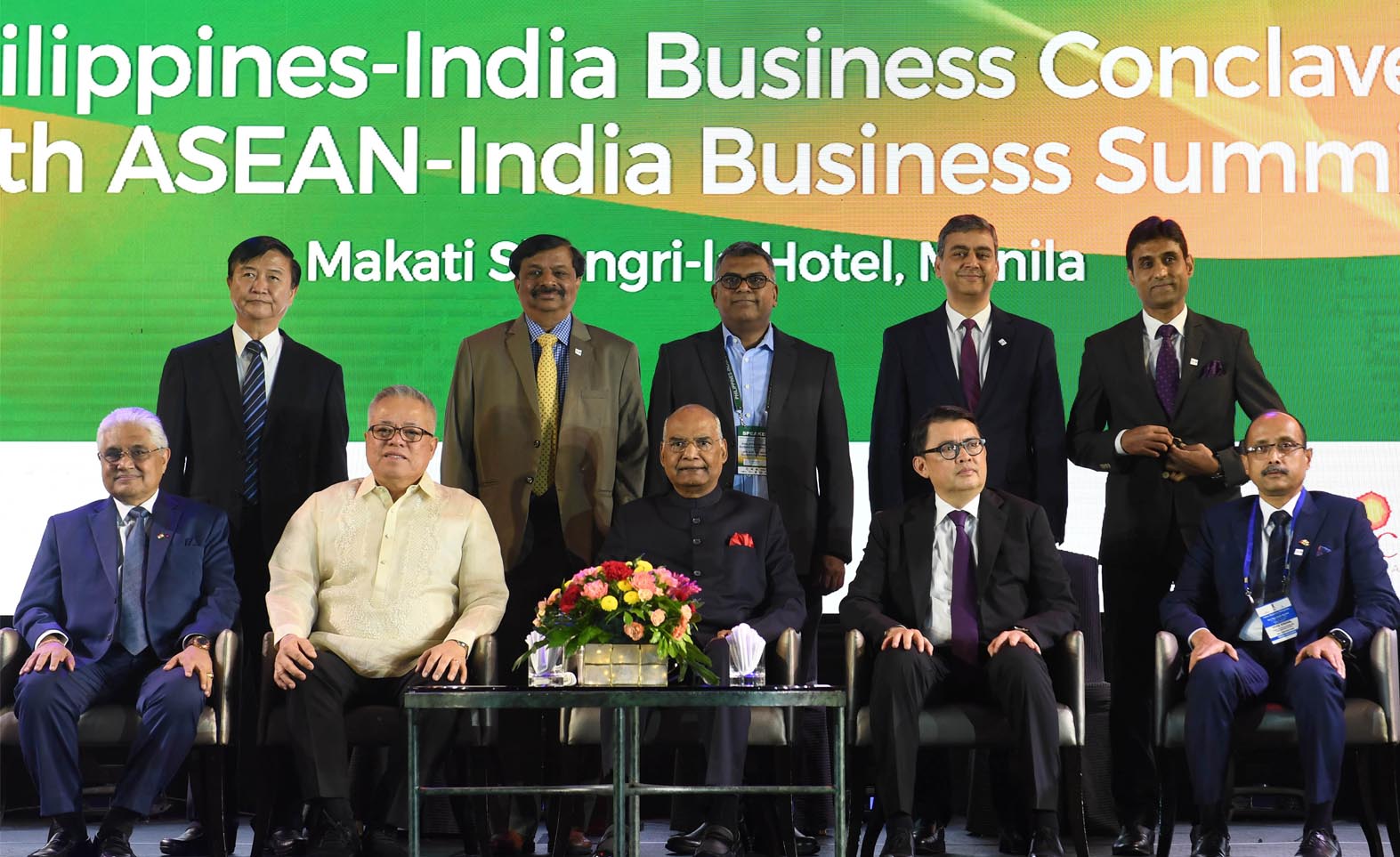 The President of India, Shri Ram Nath Kovind and the Indian delegation were welcomed (on October 17th) by President Rodrigo Roa Duterte at the Malacanang Palace, Philippines, where bilateral talks on regional and global concerns were commenced. President Kovind, in his address on the occasion, outlined the sectors wherein both countries could impart their expertise for mutual development while emphasising on the importance of the ASEAN region for India’s collaborative endeavours.

President Kovind observed that there was greater scope for India to share her expertise in the corporate sector, start-up ecosystem, healthcare and pharmaceutical sectors, defence sector, infrastructure as well as agricultural development with the Philippines while inviting the nation to be an investor in India’s transformative growth. Marking 70 years of Indo- Philippine diplomatic relations, four agreements on security, tourism, science and technology and the maritime sector were signed and exchanged by the Presidents during the course of the visit.

India and the Philippines have enjoyed cordial relations since the Look East Policy and the subsequent Act East Policy which cemented the nations’ partnership in trade, people-to-people exchanges and security.

During his stay, President Kovind also addressed the India-Philippines Business Conclave and the 4th ASEAN-India Business Summit on October 19th. He observed that the India- Philippines trade relations were successful and remarked that the time was ripe for both countries to explore further collaborations in e-commerce, clean energy, investments, engineering, entertainment and FinTech.

While acknowledging the economic diversity of the ASEAN region as well as the increase in trade relations between India and the ASEAN countries , he reiterated the importance of achieving the trade milestone of US$200 billion by 2022 and extended an invitation to the nations to participate in India’s growth story.

President Ram Nath Kovind’s visit to the Philippines follows a significant historical precedent set in place by India’s Look East Policy.  His Excellency is the third Indian President apart from Presidents R Venkatraman and Abdul Kalam to strengthen bilateral ties with the nation.