Sweden, with core values of society, innovation, and sustainability, could be a valuable ally in the many socio-economic initiatives spearheaded by India

The royal visit was concluded with the exchange of three agreements in science and technology, sea-faring and polar research between the two nations 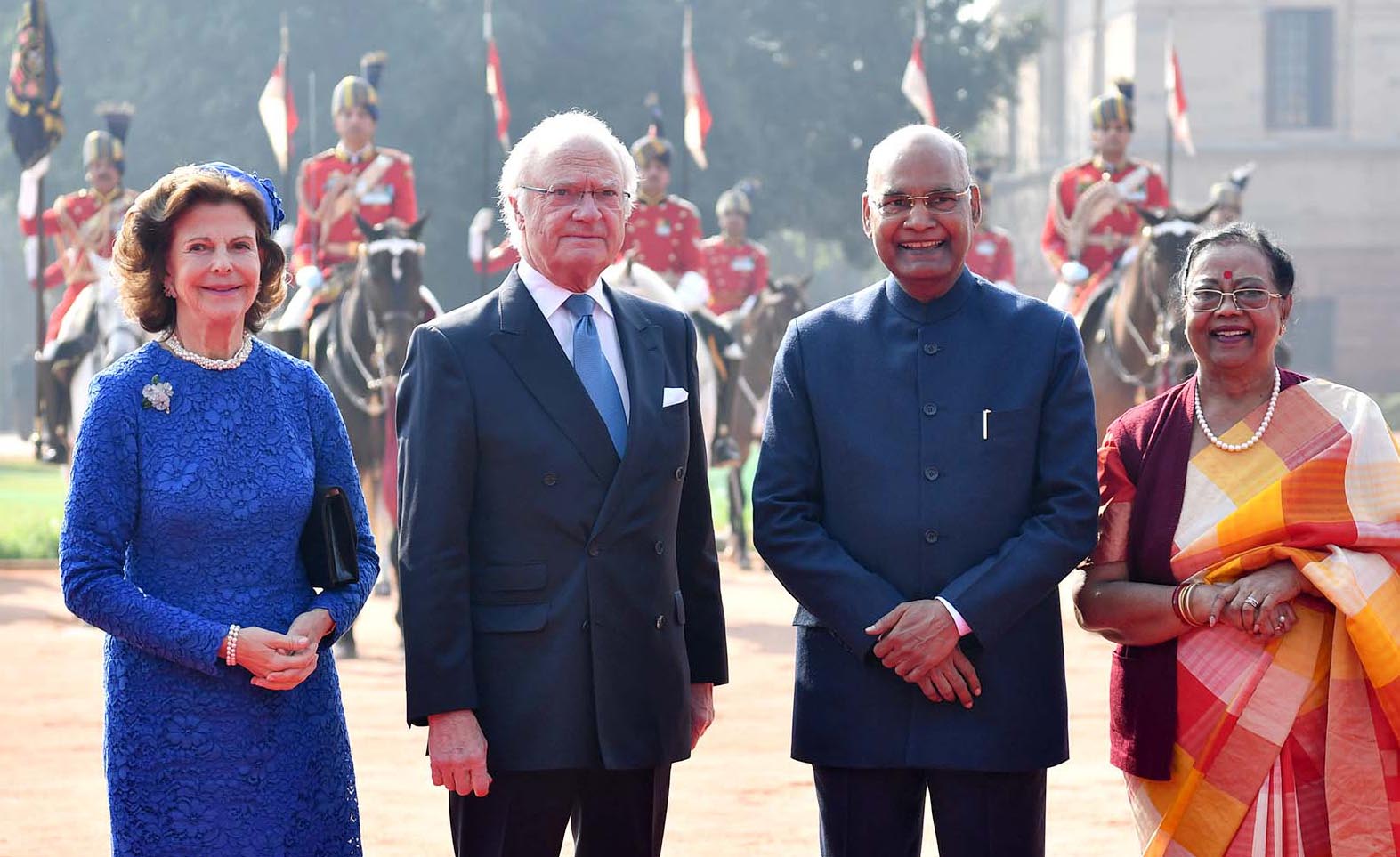 December 2nd marked the arrival of Sweden’s monarchs His Majesty King Carl XVI Gustaf and Her Majesty Queen Silvia in India. The dignitaries were welcomed with a banquet by the President of India, Shri Ram Nath Kovind. On the occasion, Prez Kovind emphasised on the potential of Indo-Sweden relations and highlighted upon the scope of bilateral collaboration in the Smart Cities Mission, Clean India initiative, Namami Gange initiative as well as the Jal Jeevan Mission led by India.

Sweden, a nation nurtured by the core values of society, innovation, and sustainability, could be a valuable ally in the many socio-economic initiatives spearheaded by India. The President subsequently highlighted that the need of the hour was to ensure that expertise in the next-gen technologies, as well as the spirit of equity, grow hand in hand such that humanity is benefited, natural resources protected and the planet preserved. In this spirit of understanding, the President called for bilateral partnership in combating climate change and invited Sweden to become a part of the International Solar Alliance.

The royal visit concluded with the exchanging of three agreements in science and technology, sea-faring and polar research between the two nations.

Indo-Sweden relations have been characterized by partnerships in several domains including science and technology, micro, small and medium enterprises, space, energy, intellectual property, and sustainable urban development. The nations have also signed a collaborative industrial research and development programme that will focus on the domains of space and aeronautics, transportation and e-mobility, smart cities, IPR issues, circular economy including biomaterials as well as the start-up ecosystem.

Built on the foundation of mutual understanding and shared value systems, both India and Sweden can look to have productive and amicable relations in the years to come.