The Pravasi Bharatiya Samman Award, conferred by the President of India, is the highest honour conferred on NRIs and PIOs

PBD gives the chance to renew connections with Indians worldwide, while celebrating OI’s achievements and contributions 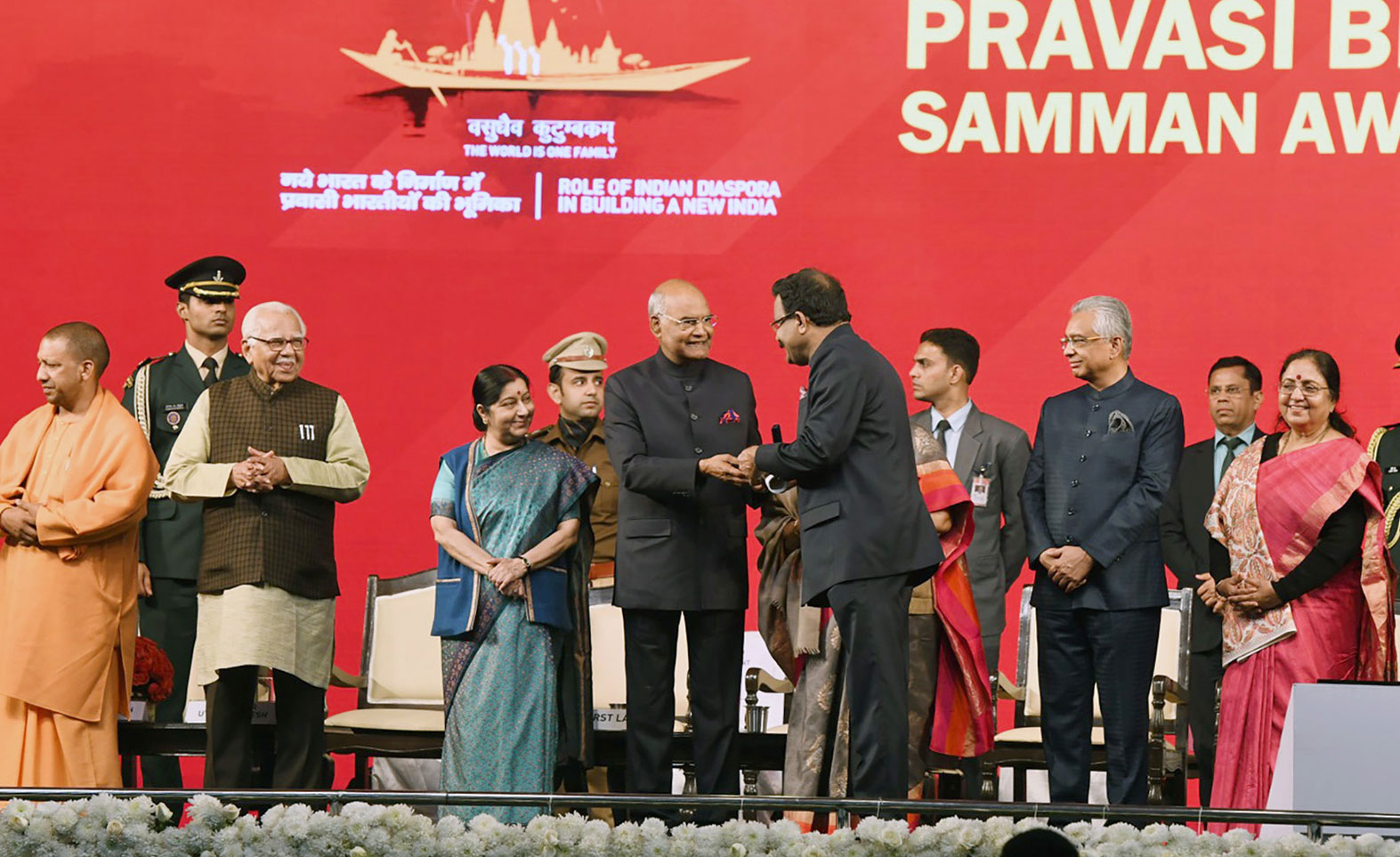 President of India, Shri Ram Nath Kovind, addressed the closing ceremony of the 15th Pravasi Bharatiya Divas and presented the Pravasi Bharatiya Samman Award in Varanasi on January 23. On the occasion, President Kovind said that the Indian diaspora is among the largest in the world and its history is as rich and diverse as the diaspora itself. In ancient times, Indians travelled across Asia as merchants and monks. Much later, many lived and prospered as traders and entrepreneurs along the Silk Route. And more than a century ago, under the indenture system, millions of Indians crossed the seven seas. Since then, Overseas Indians have recorded great many achievements, while spreading Indian culture worldwide.

The President said that the Indian diaspora’s hard work and successes have inspired entrepreneurs and innovators worldwide. The Overseas Indians have emerged as the face of India and its identity abroad. President Kovind said that India counts on the diaspora’s convening strength to encourage people to visit India, as knowledge-providers and as tourists. He called upon the diaspora to partner with the New India and become part of its growth story. The previous day, Prime Minister Narendra Modi had inaugurated the PBD event. India celebrates PBD, or Overseas Indians Day, to mark the contribution of the NRI and PIO) community in India’s development. Indian missions and consulates also mark the day.

The theme of PBD-2019 is “Role of Indian Diaspora in building New India”, with the Prime Minister of Mauritius, Pravind Jugnauth, as chief guest. PM Modi said that with its rapid progress, India is being seen on a high pedestal across the world and is in a position to lead the global community. A day earlier, External Affairs Minister Sushma Swaraj inaugurated the Youth Pravasi Bharatiya Diwas on the first day of the event that is being held over January 21-23. PBD gives the chance to renew connections with Indians worldwide, while celebrating OI’s achievements and contributions. During the convention, selected OIs are honoured with Pravasi Bharatiya Samman Award (PBSA) to recognise their work in India and abroad.