India’s diamond-crafting expertise has featured yet again in the Guinness World Records, in the ‘most number of diamonds set in a single ring’ category

India’s gem processing enterprise had a well-defined text, “Ratnapariksha”, earlier than 1st century BC. It lays down guidelines for testing and valuation of precious stones and diamonds

An international diamond exchange will be set up in Surat over the next three years at a cost of US$369.1 million to assimilate the unorganised parts of diamond polishing, trading sector 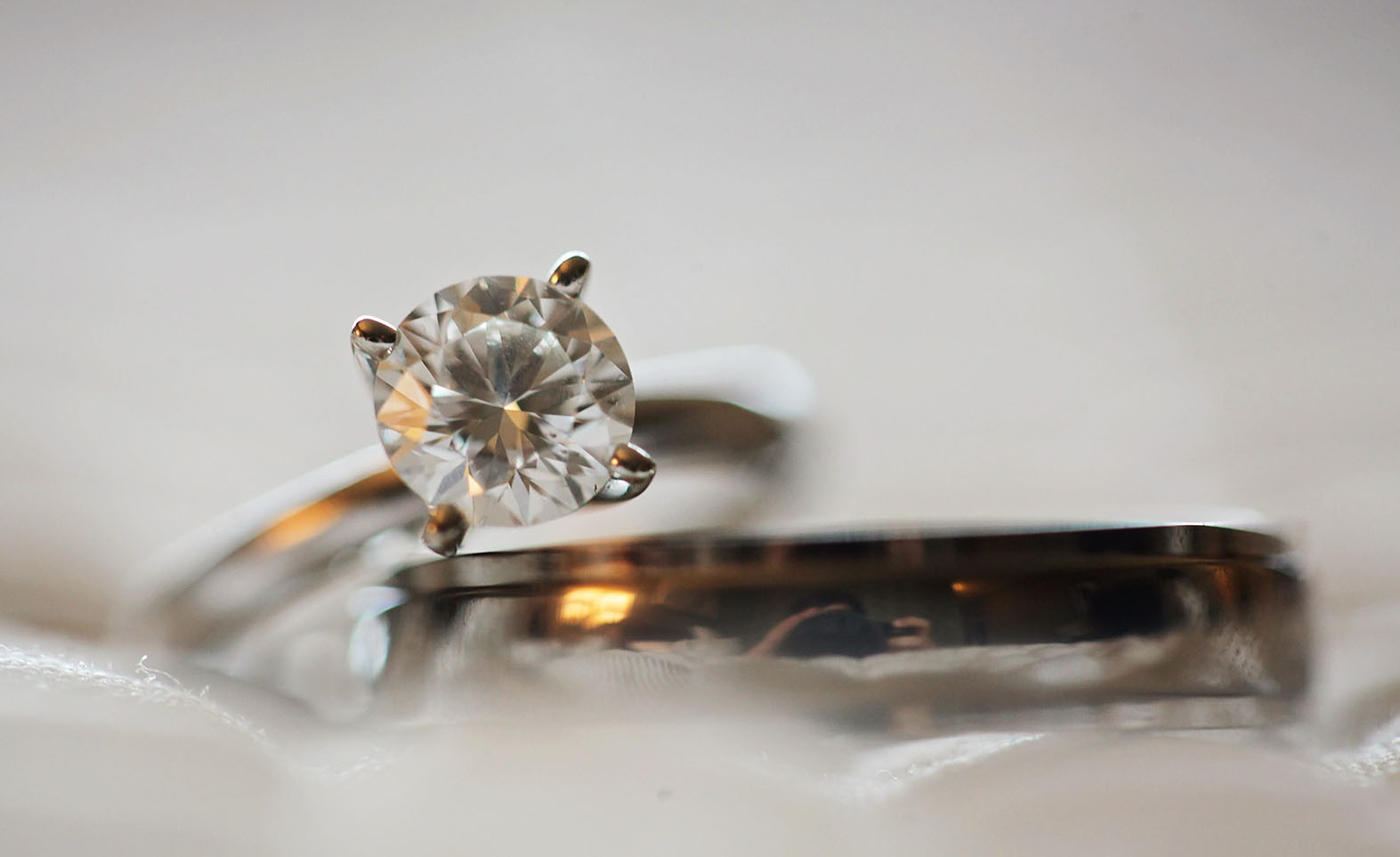 Hand-crafted in Surat, the lotus shaped ring loaded with 6,690 diamonds took 20 craftsmen a whole year to create. The 18-karat rose gold ring has 48 diamond-embedded petals and weighs around 58 grams. The ring is studded with 6,690 E/F VVS (a diamond standard indicating that the stones are white & flawless) round, brilliant-cut diamonds, and valued at US$4.1 million. Agarwals, jewellers from india’s diamond capital Surat, wished to raise awareness about water conservation and chose the lotus, India’s national flower, as a symbol of  beauty that rises from water. As reported by news agencies, Government of India’s Make in India program motivated the Agarwals to create this out-of-the-box design and showcase Indian craftsmanship to the world.

Skill and resources executed at the lowest cost has been a key driver for India’s diamond business. In the past, the Indian diamond industry had focused on importing raw stones, cutting and polishing them and then re-exporting them to foreign traders. This has allowed for pure value-addition and retention of skill-based surpluses. However, over the past few years, Indian entities have started climbing up the value chain and are using finished stones for designing and setting jewellery, which fetches a much higher value-addition. Today, Indian Indian jewellers are creating ripples in the international market with their exquisite diamond studded jewellery, suited for every market around the world. India’s range of diamond jewellery is unmatched anywhere else in the world.

Recognising India’s potential in the diamond business, in January 2018, the world’s largest diamond trader, the De Beers Group invested US$5 million in a Surat diamond grading unit. The facility employs about 100 people and can process diamonds worth over US$500 million every year. In April 2018, Alrosa , a Russian diamond mining company also set up a base in India. The Government of India has permitted 100 per cent Foreign Direct Investment (FDI) in the sector under the automatic route.

India’s history of diamonds and gems is steeped in antiquity. About 2,000 years ago, India was the world’s only known source for diamonds and other gemstones. Diamonds, Rubies, Sapphires, Emeralds, Corals, Pearls, Aquamarine, Sunstones, Garnets, Zircon, Amethyst, Tourmaline, Topaz and other precious stones from India were mined, cut, polished, crafted into jewellery and exported to different corners of the world. This mine-to-market life cycle of gems from India continues even today, despite the fact that diamonds and precious stone deposits have been discovered in mines around the world, particularly Brazil and Africa.

The use of gems in India has been documented as early as the 6th century BCE. Brihat Samhita, a Sanskrit text by Daivajna Varahmihira a renowned astronomer, mathematician and astrologer from the princely state of Ujjain categorizes precious stones into 22 gems based on the ancient Indian system of astronomy and astrological signs. What is more, India’s gem processing enterprise had a well-defined text, “Ratnapariksha”, earlier than the first century BC. The text lays down guidelines for testing and valuation of precious stones and diamonds.

Today, India continues to be the main supplier of finished gems to the world. It is a fact that an estimated 12 out of 14 diamonds sold around the world are either cut or polished in India

Today, India continues to be the main supplier of finished gems to the world. It is a fact that an estimated 12 out of 14 diamonds sold around the world are either cut or polished in India. Raw diamonds from India, and diamonds imported from other countries such as Dubai, Belgium and Hong Kong are taken to processing centres in Surat, Jaipur, Hyderabad, centres in Maharashtra and Chennai, where India’s famed ‘Hira Kaarigars’ or diamond cutters work on them. These are then exported to markets in India and around the world.

The adept craftsmanship required to bring out the distinctive lustre in each diamond is a talent handed down through generations of diamond cutters. In the past, India was seen as a centre for polishing and cutting smaller diamonds which were less than 0.5 carat. Traditionally, hira karigars shaped rough diamonds using ‘ghantis’ or polishing wheels. Today, many of Gujarat’s large polishing and cutting facilities are equipped with high-tech machinery to cut stones that vary from 1 to 5 carats and account for half the value of the entire world’s diamonds. Indian diamond cutting units have also hired master cutters from Belgium and Israel and learnt the secret of cutting diamonds that range between 0.5 to 5 carat diamonds from them.

What is of additional interest to many buyers is that of late, small and medium diamond merchants from Surat have set up hundreds of units in the tribal belt of Jhankhvav, Mandvi, Vankal, Ahwa, Dang and border villages of Nandurbar in Maharashtra and Vansda, employing tribal people, including women who belong to these areas. What is truly noteworthy here is that in an industry globally burdened by human rights violations and blood diamonds, India’s diamond industry stands out in sharp relief. Examples of rural development, artisans welfare, skills development and women’s empowerment initiatives stand tall here.

As per IBEF data, India is the largest cut and polished diamond manufacturer in the world, and exports 93 per cent of its production. The country’s exports of cut and polished diamonds rose from US$11.2 billion in 2004-05 to US$22.8 billion in 2016-17, thereby registering a compound annual growth rate (CAGR) of 6.1 per cent. Between April 2017-February 2018 alone, India exported US$21.7 billion worth of cut and polished diamonds. Meanwhile, an international diamond exchange will be set up in Surat in the next 36 months at a cost of US$369.1 million to enable the unorganised sections of the diamond polishing and trading industry to organise itself at one place. Opportunities lie in setting up jewellery businesses, processing centres, diamond trading and manufacturing/ sale of diamond processing machinery.

A unit of Government of India’s Department of Commerce, agencies such as Gems & Jewellery Export Promotion Council (GJEPC), Gems and Jewellery Skill Council of India (GJSCI), Indian Institute of Gems and Jewellery (IIGJ) are the nodal bodies facilitating trade in this sector.