The President of Portugal, Marcelo Rebelo de Sousa, paid a state visit to India from February 13-16 with a delegation of ministers and traveled to New Delhi, Mumbai, and Goa.

The President also visited Mumbai, where he interacted with Indian businessmen and paid homage to the victims of the 26/11 Mumbai terror attacks

In Goa, renowned for its Portuguese heritage, the Presidential delegation was received by the Chief Minister and addressed a seminar on Urban Design

The visit witnessed the signing of 32 new agreements across important sectors such as maritime transport, intellectual property rights, media, among others 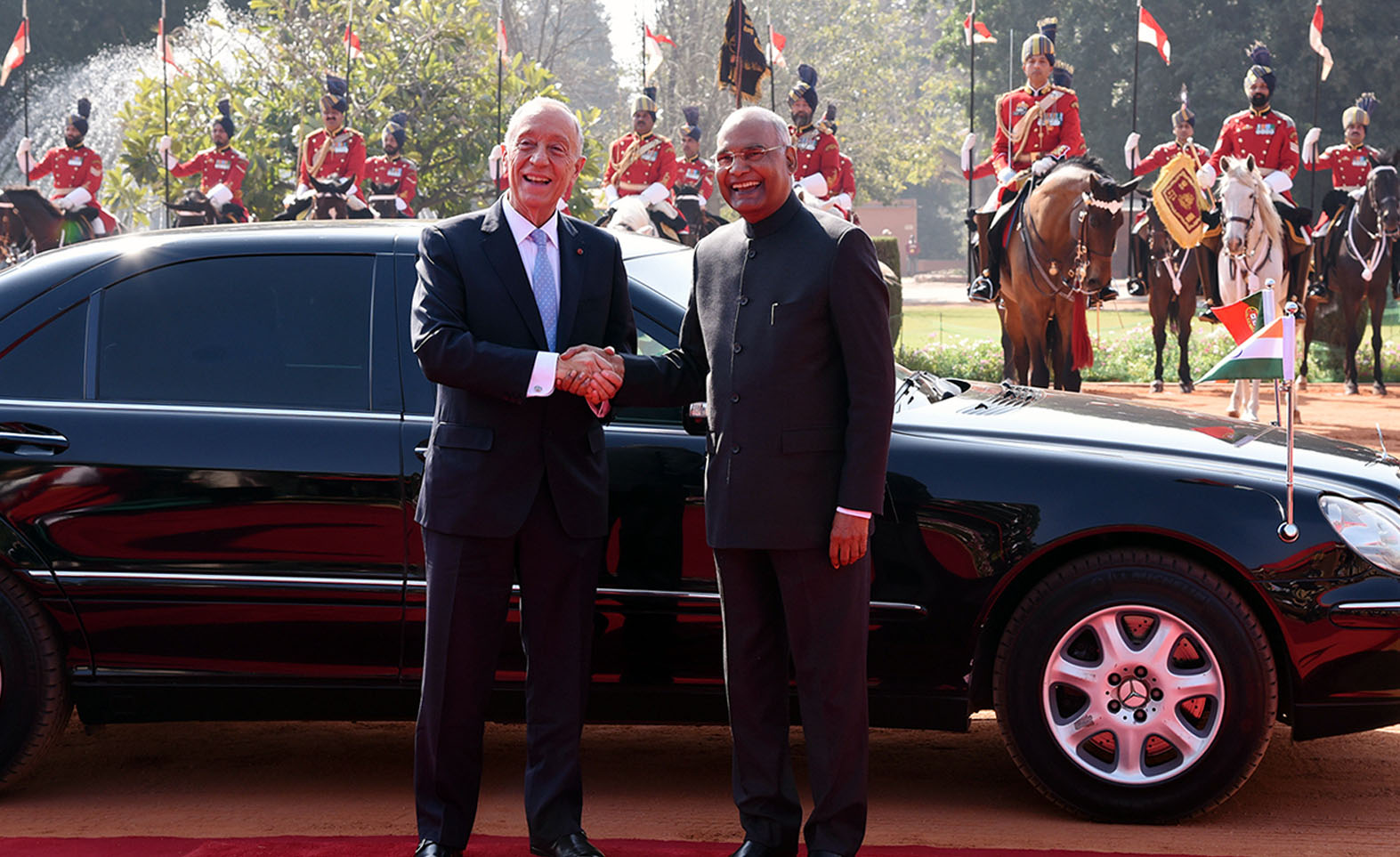 In a move that is sure to strengthen India-Portugal ties, the President of Portugal, Marcelo Rebelo de Sousa, paid a state visit to India over February 13-16 2020 on the invitation of Ramnath Kovind, the Hon’ble President of India. He was accompanied by the Foreign Minister, Deputy Minister of National Defence, Deputy Minister for Internationalisation, five Members of the Portuguese National Assembly and senior officials of the Portuguese Government. The delegation visited New Delhi, Mumbai, and Goa. The previous visit of a Portuguese President to India was in 2007.

On 14th February, the Portuguese President was accorded a Ceremonial Reception at the Rashtrapati Bhavan, Delhi, following which he met PM Narendra Modi. The two leaders discussed bilateral relations as well as other issues of mutual interest. Seven bilateral agreements were signed, for cooperation in maritime transport and port development, intellectual property rights, migration and mobility, cinematic co-production and media, startups, training of diplomats, and setting up of India’s first Maritime Museum in Lothal. Seven other deals were announced for cooperation between Indian and Portuguese entities in aerospace, nanotechnology, joint production of drones, startups, scientific exchanges, academia, and yoga.

President de Sousa also visited Mumbai, where he interacted with Indian businessmen, paid homage to the victims of the 26/11 Mumbai terror attacks, and delivered the closing address at an Economic Seminar co-organised by the Confederation of Indian Industry (CII). In Goa, The Presidential delegation was received by the Chief Minister of Goa, Dr. Pramod Sawant. 9 Portuguese-Goan agreements were exchanged in the fields of water, marine exploration, shipbuilding, and education.

India and Portugal have always had a warm relationship. The two countries share robust bilateral trade relations and work hand-in-hand across sectors. During the course of this visit, both sides agreed to co-organize a hackathon in September 2020 to boost the India-Portugal Startup Partnership. Both countries also look forward to the India-Portugal Technology Summit in October 2020. The visit noted the conclusion of 32 new agreements across important sectors, thereby infusing new life into the India-Portugal partnership.