India’s tourist arrival in the Maldives has more than doubled, and the recent launch of RuPay will further ease the travel of Indians to the Maldives

GoI has started building a cancer hospital and a cricket stadium in Hulhumale, work on water and sanitation projects on 34 islands will begin soon 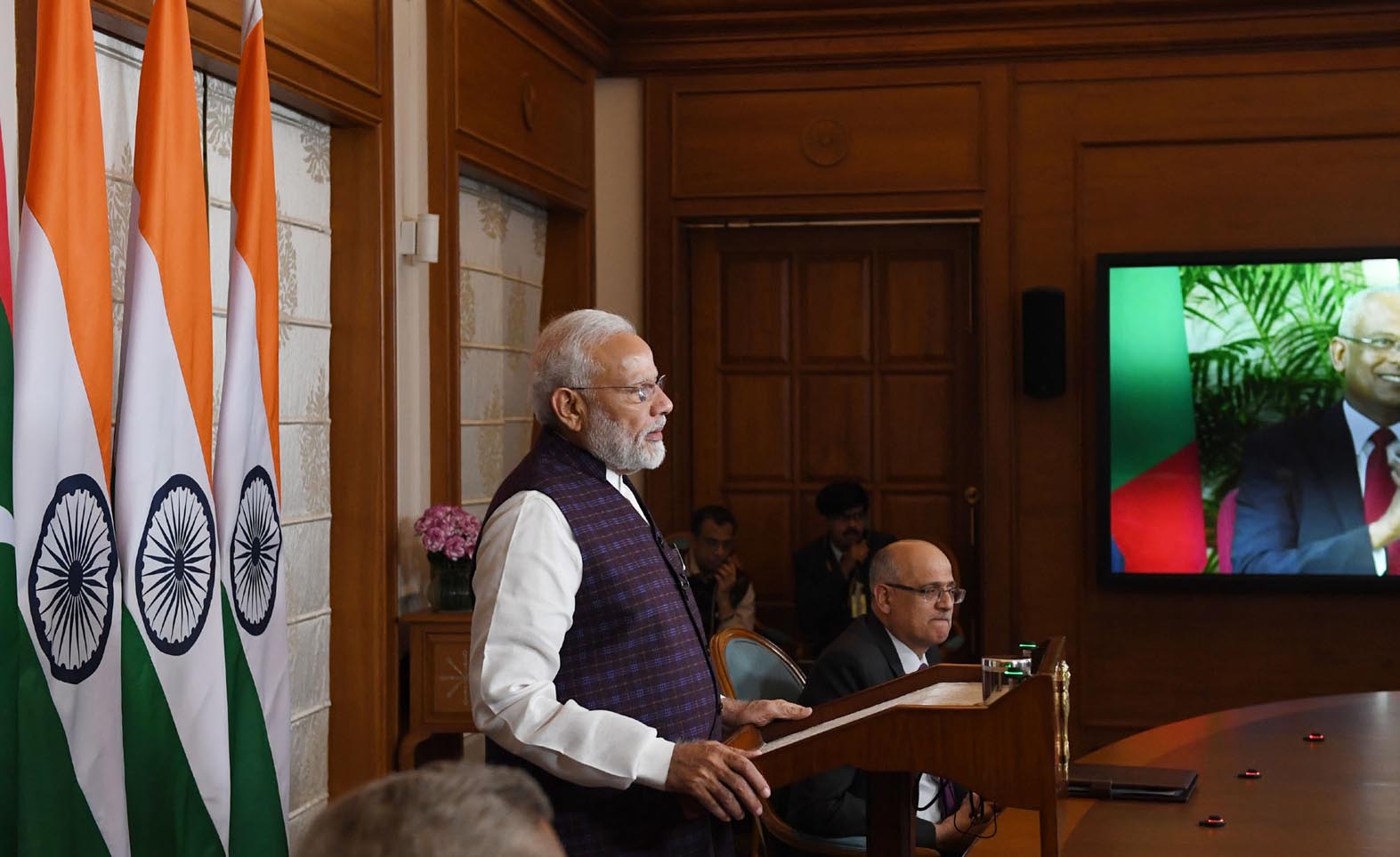 PM Narendra Modi and the President of Maldives, Ibrahim Mohamed Solih, jointly inaugurated several key development projects in the Maldives via video conference on December 4. These included the gifting of a “Made in India” Coast Guard Ship, Kaamiyaab, to the Maldives, the launch of RuPay cards, the lighting up of Male using LED lights, high-impact community development projects, and the launch of fish processing plants.

Congratulating President Solih on completing the first year of his Presidency, PM Modi said that it was a significant year for the India-Maldives relationship. During this time, India’s “Neighbourhood First” Policy and Maldives’ “India First” policy has strengthened the bilateral cooperation in all sectors.

Speaking about the Fast Interceptor Craft Coast Guard ship, Kaamiyaab, PM Modi said that it will help in enhancing the Maldives’ maritime security, and would promote blue economy and tourism. He also expressed happiness in partnering through high-impact community development projects to support the livelihood of the islands’ community.

PM Modi noted that people-to-people contact is one of the keys aspects of the close relationship between the two countries. In this context, he pointed out that India’s tourist footprint in the Maldives has more than doubled, with three new direct flights from New Delhi, Mumbai, and Bengaluru. He added that the launch of the RuPay payment mechanism would further ease the travel of Indians to the Maldives.

Apart from the above initiatives, PM Modi said that the Government of India has already started working to build a cancer hospital and a cricket stadium in Hulhumale, while work on the water and sanitation project on 34 islands would begin soon. He reiterated his commitment to continue partnering with the Maldives for strengthening of democracy and development.

PM Modi had paid a state visit to the Maldives earlier this year, at President Solih’s invitation. In March 2019, India and the Maldives had entered a US$800 million credit deal to help the Maldives achieve sustainable social and economic development. Such cooperation has helped raise bilateral investment opportunities, while annual bilateral trade had steadily risen to cross US$240 million in 2018-19.