The Economic Times Global Business Summit 2020, held on March 6-7, was themed around ‘Collaborate to Create: Sustainable Growth in a Fractured World’

India, already the world’s fifth-largest economy, is targeting a GDP worth US$5 trillion by 2025. Innovation and investment are at the heart of this growth target

India is working at four levels to achieve its economic target - 1) Connect with the private sector; 2) Fair Competition; 3) Wealth Creation; and 4) Deletion of Archaic Laws

Initiatives such as the Direct Benefit Transfer, the Real Estate (Regulation and Development) Act, the Insolvency and Bankruptcy Code, 2016 has aided India’s growth 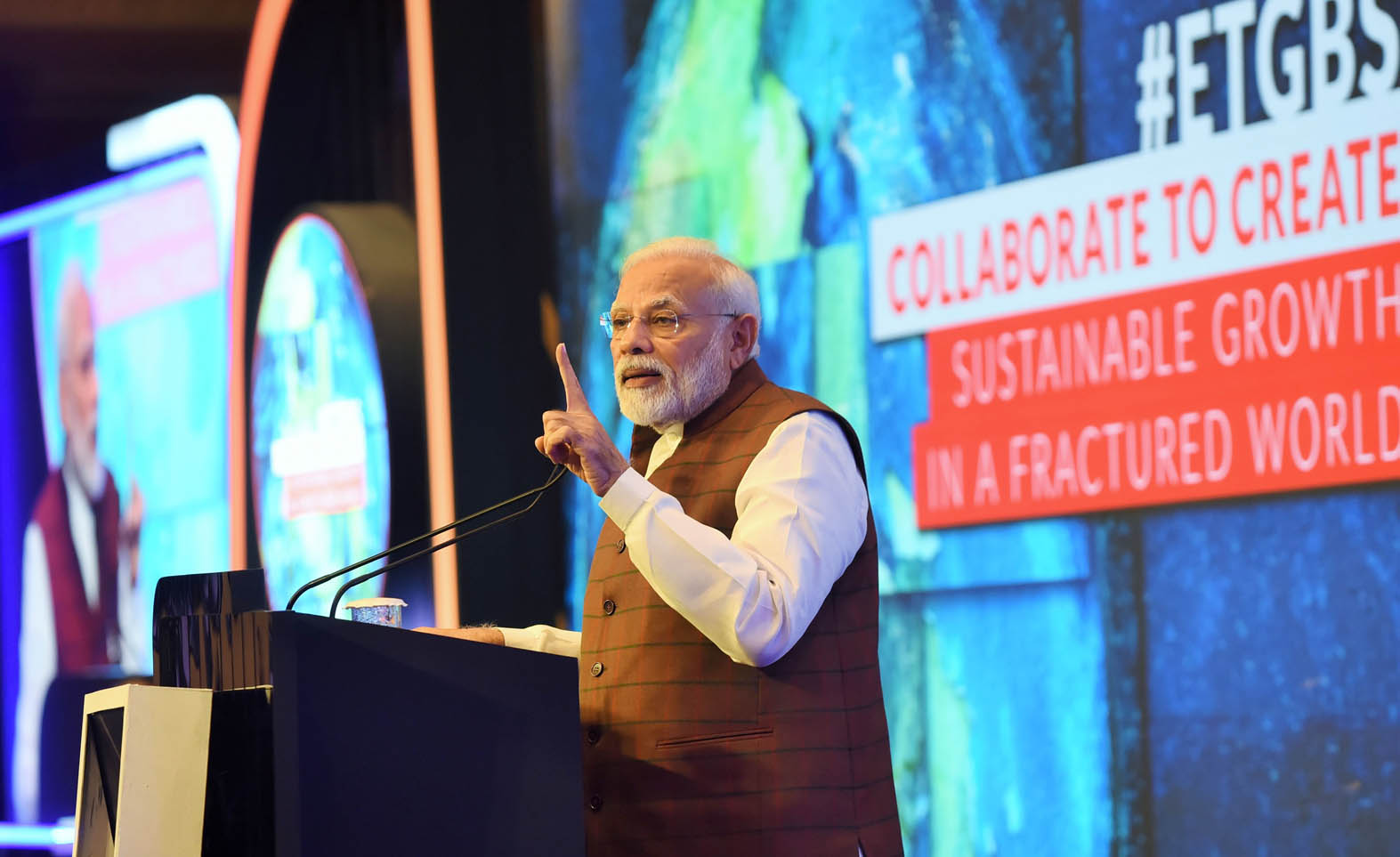 Prime Minister Shri Narendra Modi addressed the Economic Times Global Business Summit 2020 in New Delhi on March 6. The event had the theme of ‘Collaborate to Create: Sustainable Growth in a Fractured World’. Addressing delegates from around the world at the summit, PM Modi said that collaborations to create sustainable growth was the need of the day and also the basis for securing the future. It is based on collaborations between the Indian Government and private and foreign enterprises that the nation’s future growth has been envisaged. India, already the world’s fifth-largest economy, is targeting a GDP worth US$5 trillion by 2025. Innovation and investment are at the heart of this growth target.

PM Modi announced that the Indian Government was working at four levels to achieve the US$5 trillion target – 1) Connect with the private sector; 2) Fair Competition; 3) Wealth Creation; and 4) Deletion of Archaic Laws. He further said that the Government has prepared a roadmap to invest more than US$1.4 trillion in infrastructure with private partnerships to aid economic growth. In the last six years, the nation has already recorded marked progress in highways construction, railway electrification, capacity addition in airports, and cargo handling at major ports. Beyond infrastructure and connectivity, the Indian Government is opening more and more sectors of the economy to the private sector,” PM added.

At the summit, the Prime Minister listed the actions taken by the Indian Government to further liberalise the trade and investment landscape. They include the Direct Benefit Transfer, the Real Estate (Regulation and Development) Act, the Insolvency and Bankruptcy Code, 2016, the Mudra scheme, among others. PM Modi said that since 2014, India has moved ahead with cooperation in spirit, collaboration in action and a combination of ideas. “Today, India is creating a model of sustainable growth, which is beneficial for the whole world,” he added. As a result, in the last few years, India has become an even stronger part of the Global Economy despite international weaknesses, representing 3.5 per cent of the global GDP.

Rising confidence in the Indian economy led to an over 16 per cent rise in foreign investment inflow into India during 2019 to reach around US$48 billion. Similarly, private equity and venture capital investment of US$19 billion came to India during the same period, marking a growth of more than 53 per cent. Meanwhile, apart from rising participation in the global economy, India has emerged as a force behind international level institutions like the International Solar Alliance and the Coalition for Disaster Resilient Infrastructure. Such efforts have cemented India’s position in global collaborative development.