Bharat Earth Movers Ltd (BEML) and Larsen & Toubro and Tata Power Company Ltd (TPCL) were some of the parties involved.

On testing at Balasore, the range of the rockets was identified to be at 47km.

The Pinaka rockets are expected to be operational in border regions in the year 2024. 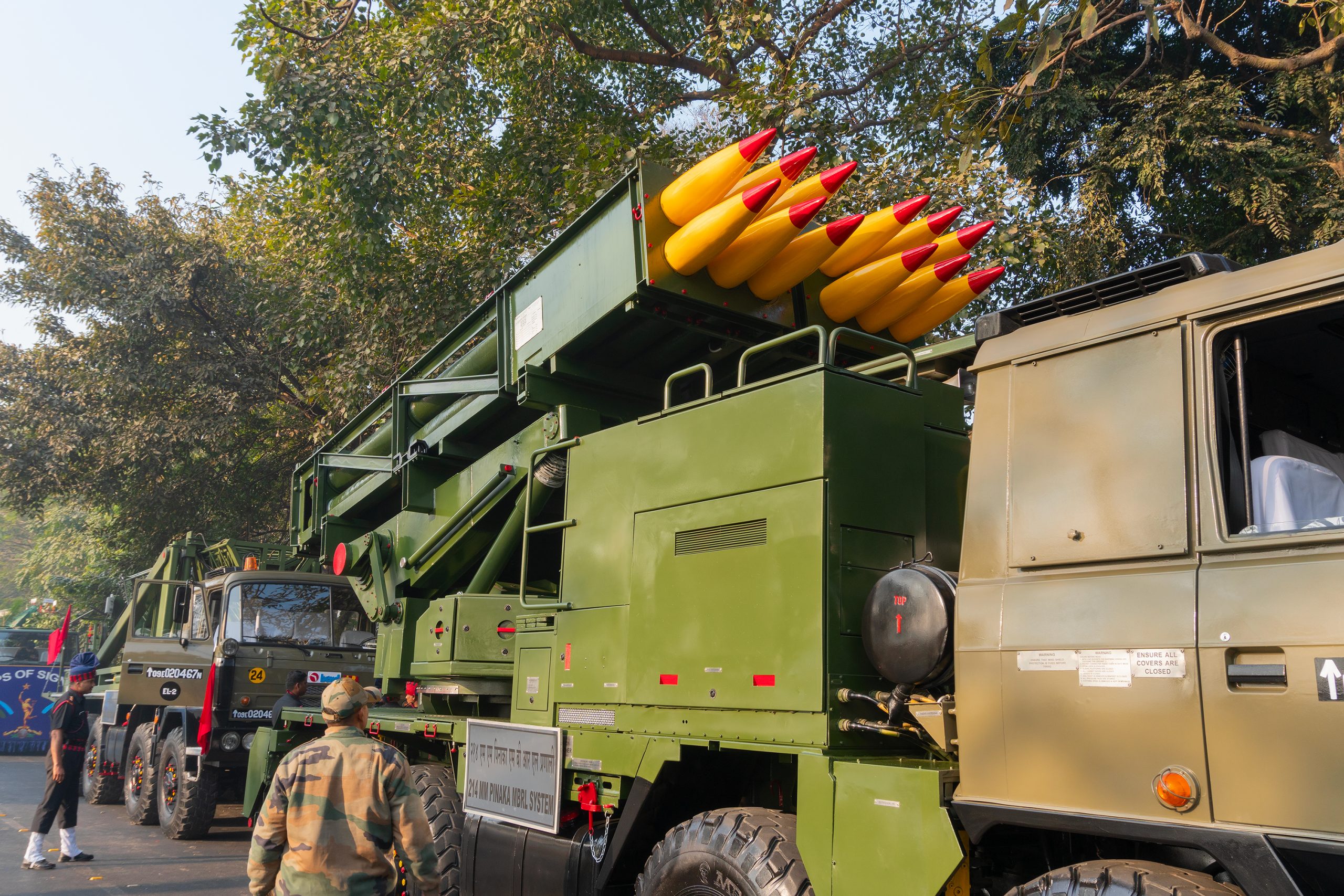 The Ministry of Defence has recently procured a batch of Pinaka Rockets consisting of a total of 159 units consisting of command posts and Automated Gun Aiming and Positioning System (AGAPS) devices. The US$ 347mn procurement has been taken up as part of a Public-Private Partnership endeavour involving entities like Bharat Earth Movers Ltd (BEML), Larsen & Toubro and Tata Power Company Ltd (TPCL). With 70% of the consignment produced in India and the Multiple Launch Rocket System designed by the DRDO, the Pinaka Rockets are expected to be widely deployed along national borders by the year 2024. In a statement,  the Ministry of Defence shared “This is a flagship project showcasing public-private partnership under the aegis of government of India (DRDO & MoD) enabling ‘Aatmanirbharta’ in cutting edge defence technologies” The range of the Pinaka rockets have been tested at Balasore, Odisha and have been identified to be at 47km.

Earlier in November this year, the Ministry of Defence and Economic Explosive Ltd (EEL) signed a US$ 55mn contract for the acquisition of 10,00,000 Multimode Hand Grenades. The Hand Grenades have been designed for use in Defence and Offence scenarios thereby upgrading the existing technology used by the Indian Army.  The corporatization of the Ordnance Factory Board (OFB) based in Kolkata is yet another step in boosting Public-Private Partnerships in the domain of Defence Manufacturing. Anchored in the Aatmanirbhar Bharat initiative, the sector looks to achieve self-sufficiency in manufacturing and take on modernization measures. The scope to produce more ammunition and helicopters indigenously has been amplified by the recent ban on the import of certain items. Indigenous capabilities in automating a wide range of defence functions can be further explored through the format of Private-Public Partnerships. Military modernisation spanning the upgradation of existing technology and the refining of border intelligence gathering can be accelerated through such important partnerships.