Indian pharmaceutical exports are expected to touch US$20 billion by 2020, with eight out of the 20 primary generic drug manufacturers located in India

Eight out of the 20 primary generic drug manufacturers are located in India, the country is now recognised as the leading producer and supplier in this segment

Over the past five years, 35-38 per cent of the total approved Abbreviated New Drug Applications (ANDA) under the US FDA has been filed by Indian entities

Indian pharma companies such as Sun Pharmaceuticals, Lupin, Dr Reddy's Laboratories, Cipla, Aurobindo Pharma have made a name for themselves globally 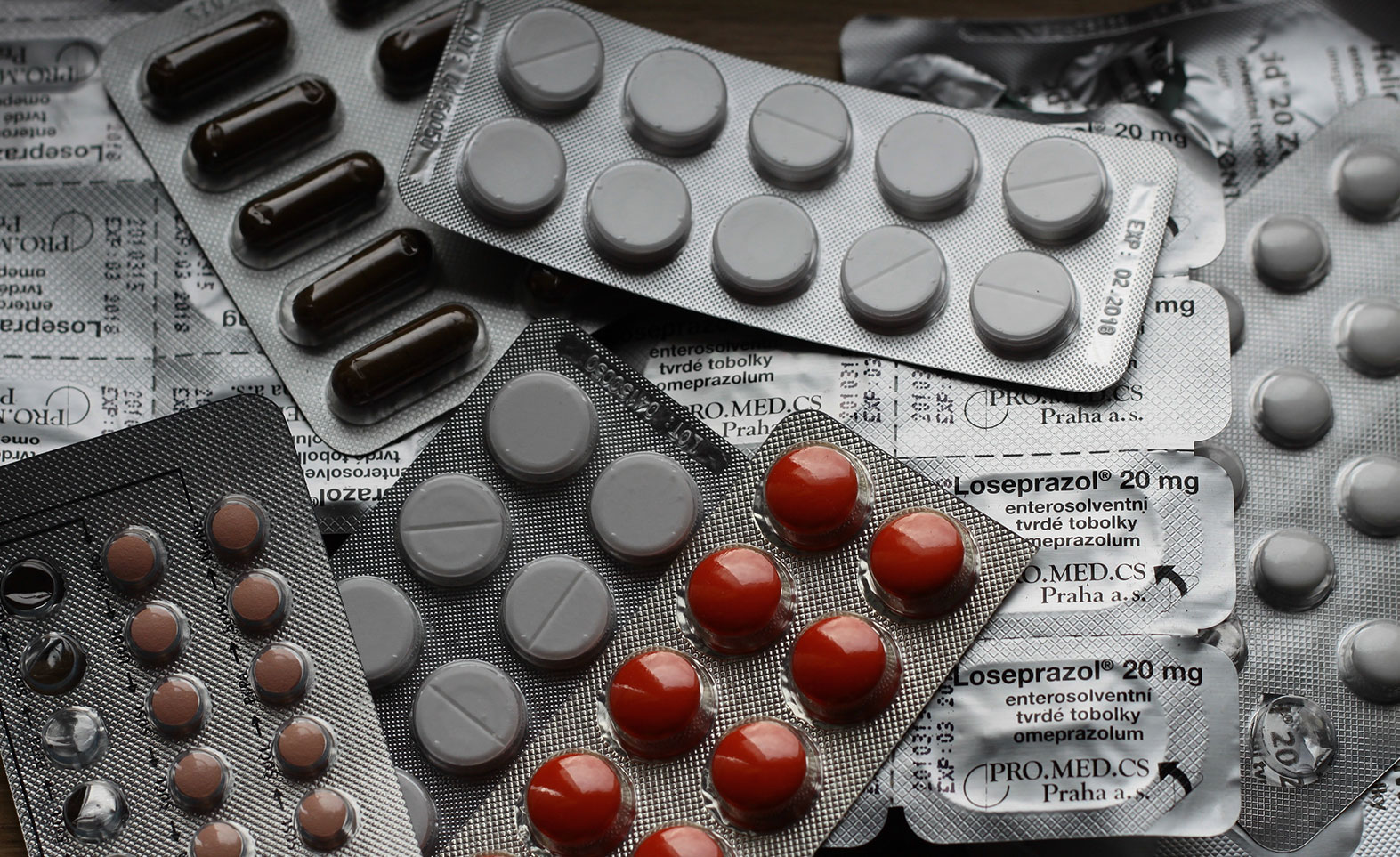 The Indian pharmaceutical sector is riding a wave on the back of mergers and acquisitions that have been valued at around US$2.1 billion so far this year. This surge has been spearheaded by Aurobindo Pharma’s acquisition of Germany-based Sandoz’s dermatology and general oral medicines business. The acquisition – the largest outbound deal at US$1 billion by an Indian pharmaceutical company – made Aurobindo the second largest generics company in the USA in prescriptions and dermatology drug segment. The Indian company also gained more than 300 products to its portfolio.

This spike in activity is not surprising as India, today, is the largest provider of generic drugs globally – supplying 50 per cent of vaccines and meeting over 40 per cent of the US demand for generics. In addition, it supplies about 25 per cent of all medicines in the UK. The sector is already exporting most of the drugs at lower prices across the globe. The pharmaceutical sector was valued at US$33 billion in 2017 and is expected to grow over 2015–20 to reach US$55 billion. Meanwhile, pharmaceutical exports stood at US$17.3 billion in 2017-18 and are expected to cross US$19 billion in 2018-19.

As a matter of fact, shipments of generic drugs have also been growing at an impressive rate over the last four years, going mostly to the North American market. The second largest market is now Africa, followed by Europe, with a growing focus on Latin America, Australia and Japan. Predictably, for the industry it could not have been a better certification of quality and pricing. Meanwhile, India’s generic exports to the US is expected to receive a boost as patents on branded drugs worth US$55 billion expire over 2017-2019. Additionally, China has sought to train Indian companies to facilitate increased export.

As the Federation of Indian Chambers of Commerce and Industry points out, over the last five years, 35 to 38 per cent of the total approved Abbreviated New Drug Applications (ANDA) under the Food and Drugs Administration in the US has been filed by Indian entities. This includes 30 per cent of the ANDAs for injectables. Backed by leading research and development capabilities and high-margin production operations, India has been able to set up the highest number of USFDA approved facilities outside of the USA. American drug brands such as Pfizer, Merck, Mylan, Eli Lilly and Abbott have led this growth.

Other foreign firms such as Sanofi (France), GlaxoSmithKline (UK), Roche (Switzerland), AstraZeneca (UK) and Novartis (Switzerland) and Teva (Israel) have also set up manufacturing plants in India. These companies are not just targeting the Indian consumers, but also export markets. The interests are also coming in as affordable antiretroviral (ARV) drugs from India, for example, have become a major force in fighting HIV/AIDS in several developing countries. On top of this, India also supplies 60 per cent of the global ARV drugs and 30 per cent of the UN Children’s Emergency Funds’ annual requirements.

Indian pharma companies have sought to capture the most of the global opportunities by focussing on strategic deals, thus adding to products portfolio as well as expanding their global outreach

Significantly, almost 70 per cent of deals struck in the pharma sector so far this year has been mergers and acquisition, with outbound transactions being the dominant trend. Indian companies have sought to capture the most of the global opportunities by focussing on strategic deals, thus adding to products portfolio as well as expanding their global outreach. Acquisition of foreign assets by Indian pharma companies have comes across as particularly profitable as it has allowed them to capitalise on low cost manufacturing of formulations at home, while marketing end products in high-priced markets.

This advantage is expected to sustain the sector both in the medium and long term. Predictably, the USA has remained the priority market, by the recent acquisition of Symbiomix Therapeutics by India’s Lupin which will give the buyer access to the USFDA-approved women’s healthcare drug Solosec. The UK, too, has figured in the picture after Piramal Enterprises picked up Mallinckrodt’s drugs portfolio. Also on the anvil is Cipla’s proposed acquisition of South African drug maker Mirren for US$33 million which will give India’s second largest drug maker by value a foothold in the fast-growing African market.

Meanwhile, India’s Chrys Capital, along with Singapore’s sovereign fund GIC and Canada’s Pension Plan Investment Board (CPPIB) are set to invest US$350 million in Delhi’s Mankind Pharmaceuticals. The arrangement comes close on the heels of the acquisition of Bengaluru-based medical devices firm, Healthium Medtech, London-based private equity fund, Apax Partnership. Additionally, following Prime Minister Narendra Modi’s visit to Sweden earlier this year, bio pharma firm Astrazeneca had announced plans to invest US$90 million in India over the next five years across its diverse footprint in India.

India to be more active in global pharma space

The Indian pharmaceutical industry has grown by leaps and bounds over the last three decades. Consequently, it is now among the top five pharmaceutical markets of the world posting double-digit growth over the last few years. In fact, it has become as important as the IT sector in achieving high growth and bringing about a sea change in the industry, both in terms of innovation and income. Consequently, the pharmaceuticals sector has attracted foreign direct investment worth US$15.8 billion between April 2000 and June 2018. This will rise as the Indian market further matures and expands.

Already, Indian pharma companies such as Sun Pharmaceuticals, Lupin, Dr Reddy’s Laboratories, Cipla, Aurobindo Pharma, Zydus Cadila Healthcare, Piramal Enterprise, Glenmark Pharmaceuticals and Torrent Pharmaceuticals, have made a name for themselves at home and abroad. This is happening while Pfizer looks to bring more drugs to India from its global portfolio and is setting up a centre to combat antimicrobial resistance in collaboration with the Indian Council of Medical Research. Besides bolstering capabilities in research, the industry has built strong quality systems by deploying global best practices.

In another positive development, Aurobindo Pharma recently received approval from the South African health authorities to market its Dolutegravir, Lamivudine and Tenofovir Disoproxil Fumarate (DLT) tablets, the first-line regimen for HIV patients as per latest WHO guidelines. With this access, Aurobindo has become one of the first few companies to receive the nod for the product. India’s pharma industry which employs over 2 million people takes pride on the availability of local talent, including scientists, encouraging the sector to foray into complex products like microspheres, liposomes and emulsions.