India is implementing a US$100 mn defence line of credit for 12 high speed patrol boats for Vietnam to enhance coastal security.

This summit took India-Vietnam relations to a higher level, with bilateral trade aiming to reach US$20 bn by 2022. 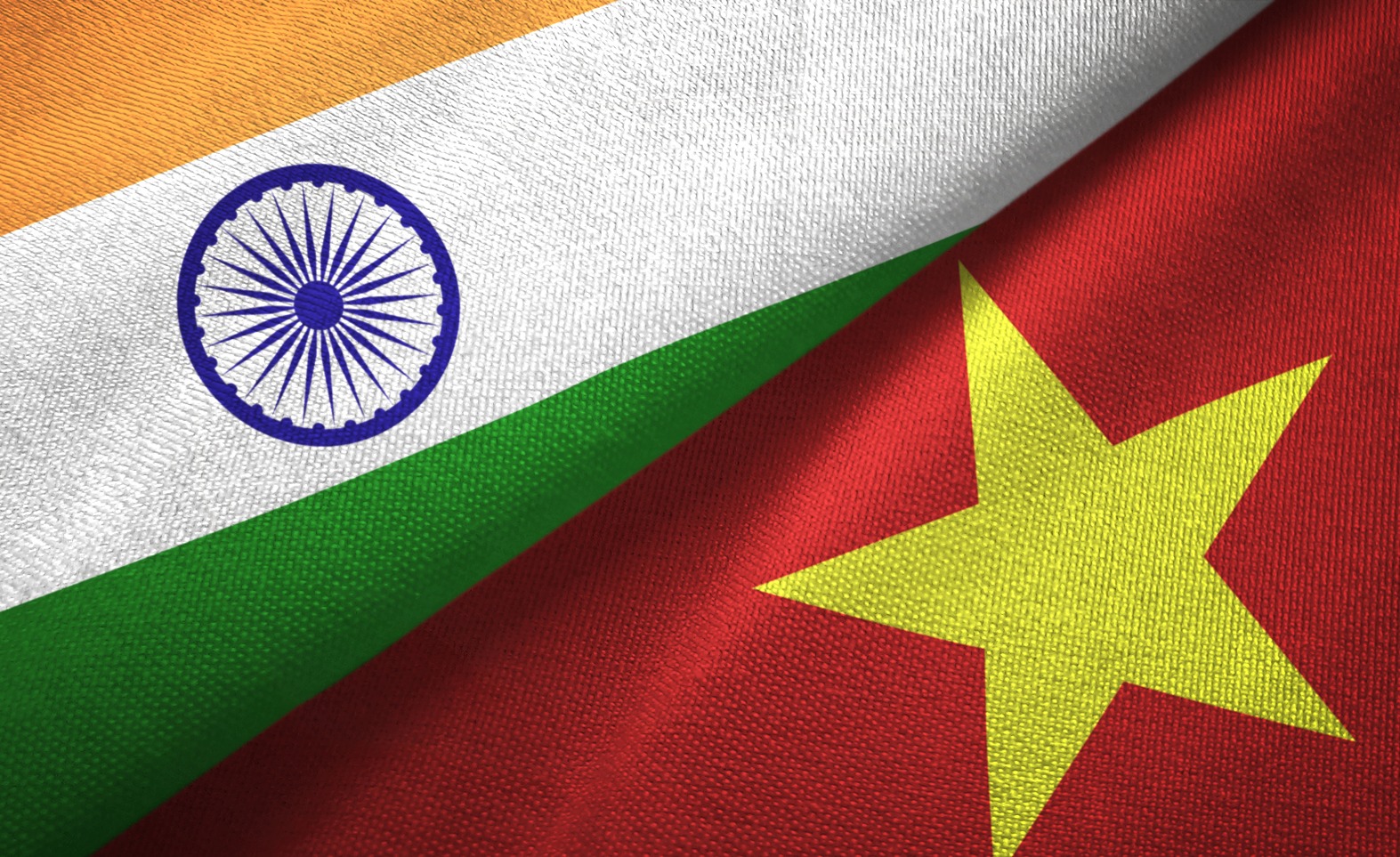 Recently, India and Vietnam signed several MoUs regarding cooperation in various areas of defence, petrochemicals and nuclear energy and expressed their joint vision for peace and prosperity. It was during this that PM Modi described Vietnam as an “important pillar of India’s Act East Policy” and an essential part of the Indo-pacific vision. This virtual summit, co-chaired by Indian Prime Minister Narendra Modi and Vietnam’s Prime Minister Nguyen Xuan Phuc, discussed a plethora of issues related to maintaining India-Vietnam cooperation over the next two years, as well as seven more agreements, ranging from an “Implementing Arrangement on Defence Industry Cooperation” to memorandum of agreements around medical and petroleum research, as well as solar power.

The seven MoUs which were signed between India and Vietnam include- Implementing arrangement on Defence Industry Cooperation; MoU for US$ 5 million Grant for Army Software Park at National Telecommunications University, Nha Trang; an implementing arrangement between CUNPKO-VNDPKO for Cooperation in United Nation Peacekeeping; an MoU between India’s Atomic Energy Regulatory Board and Vietnam Agency for Radiation and Nuclear Safety; MoU between CSIR-Indian Institute of Petroleum and Vietnam Petroleum Institute; agreement between National Solar Federation of India and Vietnam Clean Energy Association and finally an MoU between Tata Memorial Centre and Vietnam National Cancer Hospital.

In today’s geopolitical landscape, the leaders of both India and Vietnam agreed that an enhanced defence and security partnership is vital to stability in the Indo-Pacific region. To facilitate this partnership, both sides seek to improve their military-to-military exchanges, training, and capacity building programmes across the three verticals of defence and coast guards, thereby promoting their defence industry. They will further indulge in traditional and non-traditional security threats in cyber and maritime domains, terrorism, natural disasters, health security, water security, transnational crimes etc, including enhanced legal and judicial cooperation, where required. Currently, India is implementing a $100-million defence line of credit for 12 high speed patrol boats for Vietnam, which are meant to enhance coastal security and prevent illegal activities. With an aim of building security in the region, India and Vietnam are building their respective capacities in the blue economy, maritime security, and connectivity.

India is implementing a $100-million defence line of credit for 12 high speed patrol boats for Vietnam, which are meant to enhance coastal security and prevent illegal activities.

Recognising the complementary nature of India’s domestic self-reliant market and Vietnam’s augmenting economic vitality, the two nations aim to upgrade their bilateral engagements by facilitating long-term investments in each other’s economy, promoting joint ventures, physical and digital connectivity, business travels, e-commerce, and greater market access. New horizons for partnership created by India’s goal to become a US$5 trillion economy by 2024 and Vietnam’s ambition to become a high-income economy by 2045 will be fully analysed for all segments of economy, including MSMEs and farming communities of the two countries. To promote the promise of new technologies, innovation, and digitisation to ensure sustainable and inclusive development, both countries will harness their mutual synergies – “Digital India” mission and Vietnam’s “Digital Society” vision, to strengthen cooperation in peaceful uses of nuclear and space technologies, transformative technologies in Information and Communication Technology, ocean sciences, sustainable agriculture, water resource management, holistic healthcare, vaccines and pharmaceuticals, smart cities and start-ups.

Both countries have a vested interest and commitment towards their respective sustainable RE sources, energy conservation and other technology. For the same purpose India plans to join Vietnam’s Coalition for Disaster Resilient Infrastructure. India’s development assistance and capacity building outreach in Vietnam will be further reinforced, by expanding the Mekong – Ganga Quick Impact Projects and ITEC and e-ITEC programmes in diverse sectors.

Deep emphasis is placed on the cultural and historical ties between India and Vietnam facilitating cooperation in conservation of this shared cultural heritage. Traditional systems of medicine are of great significance for both countries. Both the countries are committed to strengthen the traditional systems of medicine and actively cooperate to publish an Encyclopaedia of India – Vietnam Cultural and Civilisational Relations to mark the 50th anniversary of India – Vietnam diplomatic relations in 2022. This shared vision will serve as an anchor for a revised India-Vietnam Comprehensive Strategic Partnership, for which both countries will work towards formulating concrete Plans of Action starting that for 2021-23.

This summit has taken India-Vietnam relations to a higher level, with bilateral trade aiming to reach US$20 billion by 2022 with a steep increase in inter-country production links.