The team demonstrated the effectiveness of the vaccine and dispelled rumors about organ trafficking and fatality.

The proliferation of misleading messages on social media platforms as well as word-of-mouth misinformation contribute to vaccine hesitancy.

Kaza and Komic villages in the state of Himachal Pradesh are two other regions to have achieved 100 percent vaccination rates. 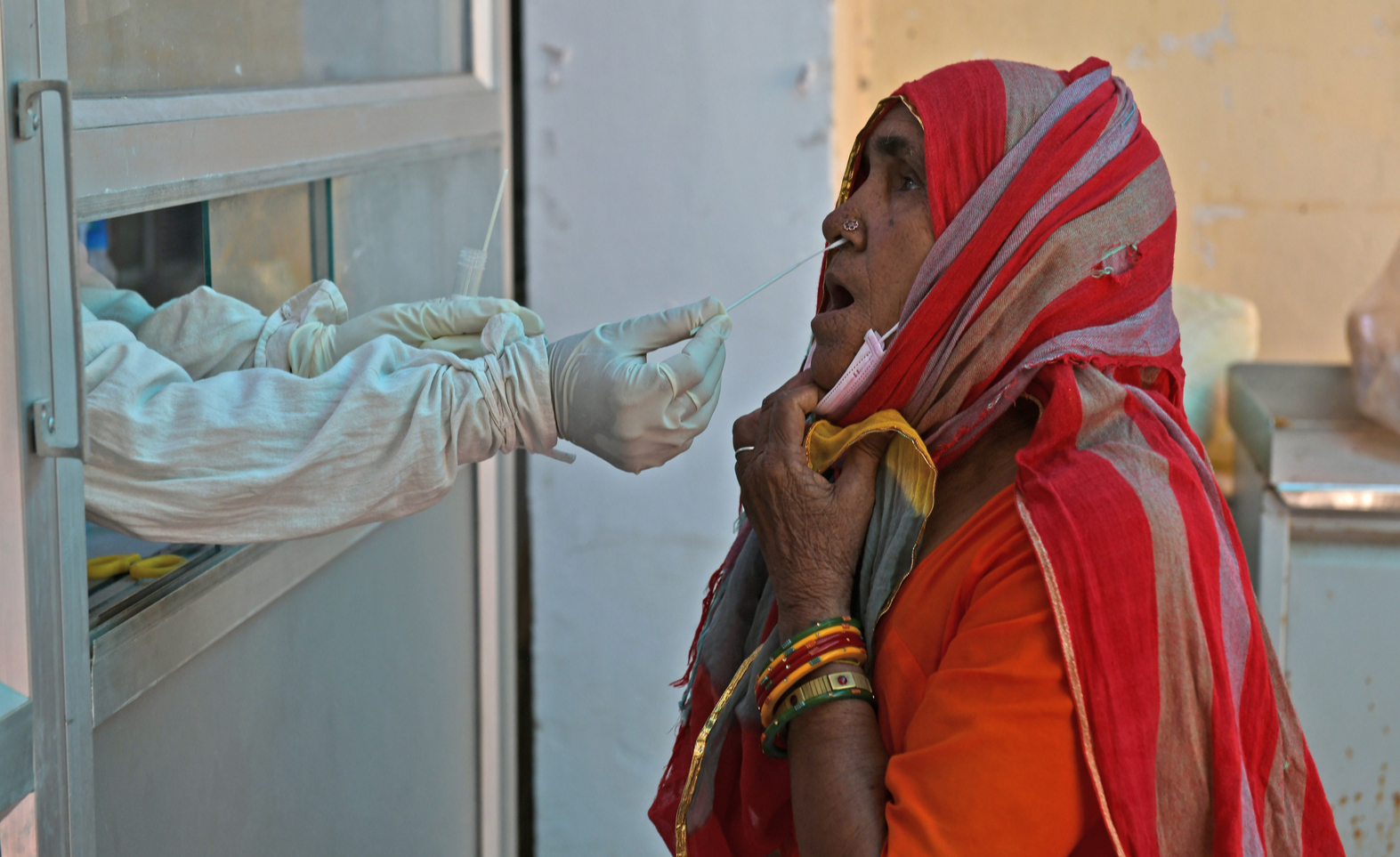 The village of Janefal situated in the Western state of Maharashtra has recently achieved 100 percent vaccination of all eligible residents above the age of 45.  This achievment came as the result of a sustained awareness campaigns by a local task force which comprised of health workers, community leaders, police officers and Public Health Centres workers. The three-month-long campaign saw the task force work hard to curb misinformation about the vaccine and eventually take it upon itself to demonstrate its effectiveness. The initial stages of the campaign saw the village with a population of more than 9000 people exhibit vaccine hesitancy and vulnerability to erroneous messages on social media.

In a story that appeared in the National Geographic, Krishna Gavande, a member of the village council at Janefal was quoted on the specific challenges faced during the vaccination campaign as saying “Upon persistent convincing, villagers would agree to take the shot, but the next morning when it was time to go to the hospital, they would back out again. ” The task force also had the responsibility of dispelling widespread fears connecting the vaccine and hospitals to organ trafficking. Given the distance between villagers’ homes and the local Public Health Centre, vaccination drives had to be taken up on a locality basis thereby enabling individuals to overcome their fear of hospitals.

The example set by the village of Janefal has inspired residents of neighbouring villages to take up similar vaccination programmes.

Sources report that 3,500 people from 16 neighbouring villages have been vaccinated as against the initial number of 400 on hearing of the Janefal success story. Kaza and Komic in Himachal Pradesh are other localities that have also reported 100 percent vaccination rate among the 45+ demographic.

The prevalence of vaccine hesitancy and erroneous social media messaging

A survey conducted by Video Volunteers for Bloomberg Quint in a few districts in Bihar, Uttar Pradesh and Madhya Pradesh during the April 28-May 12 period this year, revealed that 56 percent of the 1,761 participants deemed WhatsApp to be a reliable primary source of information about the pandemic whereas 48 per cent preferred word-of-mouth information. With regard to the specific after-effects of the vaccine, 60 percent of the respondents believed that the vaccine could cause death whereas 8 percent, 4 percent and 16 percent connected it to impotency, complications in the menstrual cycle and contracting COVID-19 respectively. A gender divide was also observed in vaccine hesitancy with 61 1percent of the women as against 46 percent of the men expressing fear and hesitance in its uptake.

Furthermore, another survey conducted by Gaon Connection with a respondent group of 6,040 individuals across 60 rural districts in multiple regions revealed that 20 percent of respondents attributed COVID-19 to be an act of God while 51 percent believed that the pandemic was a Chinese conspiracy.

Sustained vaccination campaigns like that in the Janefal village are crucial to dispelling misinformation and rumours about vaccination. A national survey conducted as of December 2020 reveals that 36 percent of respondents in rural areas were unwilling to pay for the vaccination while 20 percent remained undecided. The presence of a digital divide owing to lower internet penetration as well as variations in literacy levels currently pose roadblocks to vaccine accessibility in rural India. Given this predicament, vaccination task forces will be expected to play a role in helping villagers register on the CoWin platform through local internet cafes and Common Service Centres (CSCs). Volunteers have also pointed to the language barrier on the CoWin platform and app being a deterrent to vaccine adoption. Lastly, it is also crucial to  ensure that adequate Public Health Centres are available in close proximity to villagers’ homes in order to accelerate the pace of vaccination programmes. Overcoming these challenges would be crucial to ensuring a successful vaccination programme in rural areas.