A report by think tank NITI Aayog has, in fact, highlighted the fact that India has the highest peak-time congestion among Asian cities

The bike rental space has given rise to several early-stage ventures over the past two years, even attracting institutional funding 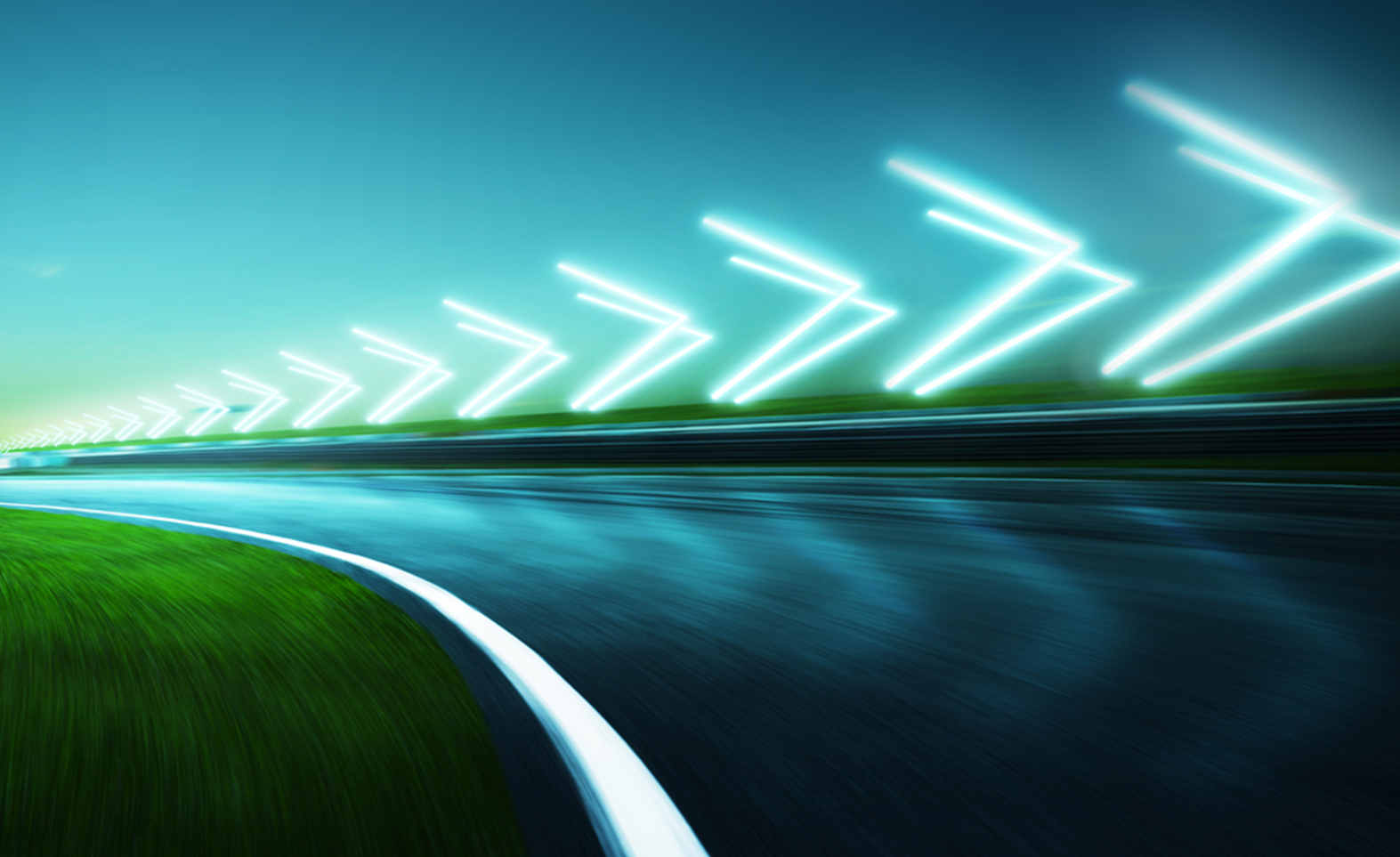 In November 2018, Venture Catalysts, a Mumbai-based seed and angel fund, invested in a little-known mobility technology platform called Mobycy. This Bangalore start-up however is changing the way Indians are commuting in the future. An e-bike, e-scooter and cycle rental app, Mobycy is targeted at commuters looking for last mile connectivity solutions. This next-gen start-up has leveraged advanced technologies such as an integrated IoT-based GPRS lock technology, (the commuter has to scan the QR code through the app to unlock the vehicle), cashless wallet payments, machine learning etc., to provide commuters on the go easy access to their transport.

Launched in December 2017 in Delhi NCR, this company started operations with 5,000 dockless bicycles that were made available at different public places like metro stations, markets, malls, colleges and other accessible locations. This green tech mobility start-up with their “Uber for bicycles” model is now available in 11 cities.

In August, a similar bike rental start up for scooters and bikes, Bounce raised Series A investment of US$12.2 million led by Sequoia Capital India and Accel Partners, signaling an increasing interest in mobility solutions by investors. Bounce lets riders choose a scooter or a motorcycle from a particular hub and drop it any other location with the help of a keyless mechanism that generates a unique pin, offering a dockless sharing service. Charging 8 cents per ride, most of its two-wheelers are on lease.

In the last three years, a number of disruptive mobility start-ups have surfaced to address India’s problems of congested roads, pollution and the long hours of travel city commuters have to undergo. A report by government think-tank NITI Aayog, in fact, highlights the fact that India has the highest peak-time congestion among Asian cities – Indians spend almost 1.3-1.6x additional time in peak traffic in our top four metros, compared to 0.6x in Singapore and Hong Kong. The average speed for vehicles in some metros is reported to be as low as 17 km/h3. These millennial start-ups are seeing business opportunities in reducing traffic woes and boosting public transport with their innovative solutions, which are environment friendly, and are making an impact on the way people commute.

The opportunities for investors are not just in plugging the gap in the last mile connectivity segment it seems. A new wave of mobility start-ups such as carpooling apps, bus aggregators, mini-bus sharing apps, electric two wheeler manufacturers and charging infrastructure providers, bike taxis, among others, which make commuting easier, cleaner and cost-effective, have come up and are attracting investors in a big way. For example, in June 2018, Gurgaon based bus aggregator Shuttl raised US$11 million US-led by big investors like Amazon India, Amazon Alexa Fund, Dentsu Ventures along with their existing investors Sequoia Capital, Times Internet and Lightspeed Ventures. This company, which offers an app based office bus service currently does 45,000 daily rides in five cities, has about 60,000 active monthly users. Founded in January 2015, Shuttl currently has 800 buses on its platform.

Most of these solutions are offering an alternative to the stretched public transport systems in the cities. Take German carpooling app Wunder Carpool which entered India last year with a soft launch in New Delhi, Mumbai and Bengaluru. It offers commuters share car rides based on the principle of discouraging the use of private cars on the roads.

These entrepreneurs are also pushing environment friendly solutions. Cycling has not been a familiar mode of travel for the upper and middle-class in cities. However, these tech-enabled bicycle sharing start-ups are transforming the mobility landscape in Indian cities. Zoomcar, self-drive rental car company rolled out Pedl, an app-based cycle renting platform last year starting with 500 bicycles across three cities – Bangalore, Chennai, and Kolkata.  Another cycle app Yulu provides scalable, clean affordable mode of transportation to help first mile and last mile connectivity and short distance commuters.

With approximately 200 million two-wheelers on road, India is by far the largest market, globally, for motorcycles and scooters.

With approximately 200 million two-wheelers on road, India is by far the largest market, globally, for motorcycles and scooters. So, these start-ups are tapping into this market to create shared and green mobility solutions around this segment. While India may be warming up to the idea of shared-smart bikes, the idea has been in operation around the world including places like the US, UK and China

Three-year-old startup Rapido, a bike taxi service with a pick and drop model works on a mobile application. This start-up, which has raised two rounds of seed funding from individuals like Rajan Anandan, Vice President and Managing director, Google India; Pawan Munjal, chairman of HeroMoto Corp and a host of others, is available in more than 12 cities in India. They are not just looking at servicing the last mile but are servicing first mile/ and quick commute options to help save time and money. Rapido is competing with the likes of Ola Bikes offering the same kind of service.

In fact, ANI Technologies Pvt Ltd, which runs Ola Cabs, the rival of ride-hailing app Uber in India, led the Series A funding round for Vogo, a scooter sharing start up. Matrix Partners India, Stellaris Venture and angel investors also participated in the funding round, Vogo said in a statement. Founded in 2016, Vogo lets customers rent scooters for short one-way trips at various locations in Bengaluru and Hyderabad. More than 27,000 users have commuted a distance of six million km using the Vogo mobile app, since its inception in 2016.

The app enables customers to locate and pick-up their bikes at one point and drop them off at a different point without the need for a docking station. The bike rental space has given rise to several early-stage ventures over the past two years. Last year, Bengaluru-based motorbike rental marketplace Wheelstreet raised $120,000 from US-based accelerator giant Y Combinator. Other similar ventures such as Tazzo and ONN Bikes have also attracted investor attention.

Even startups that are not in the business of two-wheeler ride-sharing are launching businesses to tap into the demand. Dunzo, a hyperlocal delivery startup, recently launched a bike service in Gurgaon. Electric mobility startups like Ather Energy, which has had multiple rounds of funding, are also gaining a lot of traction with their Made in India e-scooters and charging solutions.

Reasons for the uptick

The congestion and pollution on Indian roads have been one of the major reasons for the uptick in these start-ups. Private car ownership in the last 10-15 years has been growing at 8 per cent CAGR, while road length has only grown at 3.5 per cent CAGR.  To lessen traffic woes, the government and private companies are focusing on encouraging use of public transport and more shared mobility services.

In fact, Southeast Asia’s ride-sharing market is predicted to grow from $2.5 billion in 2015 to $13 billion by 2025, according to a report co-authored by Temasek and Google. India has all the right ingredients to become one of the largest markets for shared mobility and is the right market for such solutions.

The past two decades have seen a massive buildup of public transport infrastructure in our cities. In 2000, Kolkata (formerly Calcutta) was the only Indian city with metro rail. Today, most large Indian cities are rapidly expanding metro networks. While the metro provides good arterial connectivity, there are few solutions for last-mile travel to and from metro stations. Most people do not prefer to use public transport because of lack of first-and last-mile connectivity. It is this lacunae these start-ups are aiming to fill with government too opening its doors for foreign entrepreneurs in this sector.