The state is at the forefront of tech-driven innovation with its sizable technical talent pool, R&D infrastructure, and scientific know-how

Karnataka, which has a GDP of around US$250 million and growing at 9 per cent annually, is indeed the innovation, knowledge and startup hub of India

The Karnataka Government sees investment opportunities of up to US$4.3 billion in the Hubli-Dharwad region and has invited investment in other cities as well

Karnataka attracted FDI worth US$42.3 billion from April 2000 to Sept 2019, the third biggest cache of FDI investments, after Maharashtra and Delhi 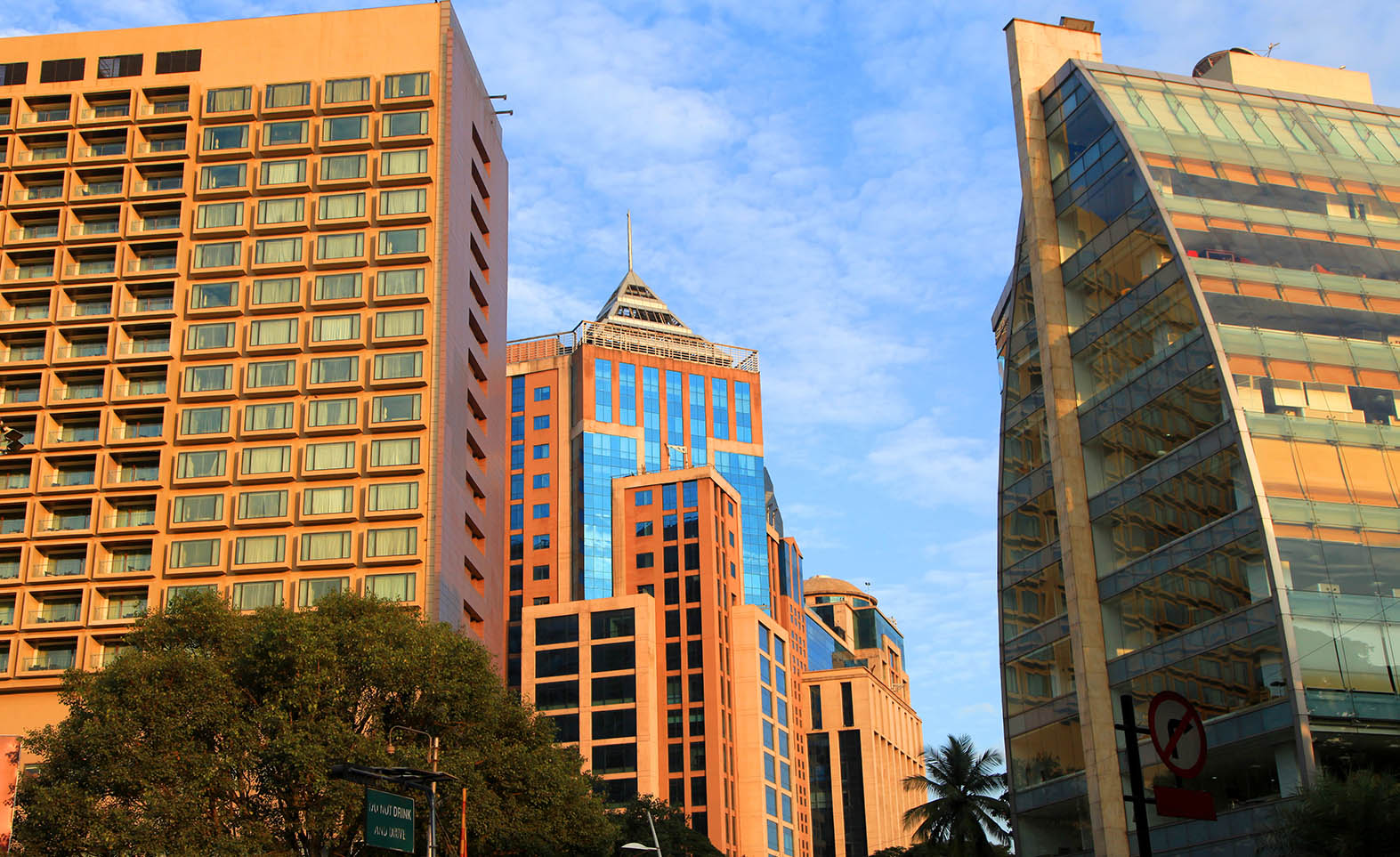 An Internet of Things (IoT) Open Lab to facilitate more than 500 startups to build hi-end, innovative products and solutions for an increasingly connected world, opened in Bengaluru last month. Registration has begun for eligible startups to be part of this domain-specialised Centre of Excellence (CoE), which will offer them mentorships, labs, access to investors, training, etc., for a period of five years.

Set up by the central government-run Software Technology Parks of India (STPI), this venture funded by Arrow Electronics is fully supported by the industry. Partners include MNCs such as Intel, NXP, Qualcomm, Texas Instruments, Kyocera, Analog Devices and others along with academia, venture capitalists and angel partners.

A few weeks later in January 2020, a CoE to boost the blockchain technology ecosystem was launched in Bengaluru. At the recently concluded World Economic Forum meeting at Davos, a spokesperson for Dassault Systemes, the global software company, which already hosts a CoE with the government’s Karnataka Innovation & Technology Society (KITS) in the aerospace sector in Bengaluru, has promised to open two more CoEs to skill people for smart city projects.

It is this spirit of fostering innovation, skills and entrepreneurial talent through CoEs in aerospace and defence, biosciences, animation and gaming, and agri-innovation, 8which recently bagged Karnataka the “most innovative state” title in the India Innovation Index 2019 study, conducted by the government policy think-tank, NITI Aayog.

Indeed, this tech-savvy southern state has been supportive of innovation. The NITI Aayog report throws light on certain areas where the state scores high pushing it to the top ranking spot. For example, Karnataka particularly figures high on parameters such as investing in “academic and professional institutes that focus on achieving excellence, research labs and a cluster of businesses that help drive the economy forward” and for attracting and sealing venture capital deals and for their sizable contribution to India’s ICT exports.

Karnataka, which has a GDP of US$250 million and is growing at 9 per cent, is the innovation, knowledge and startup hub of India. Hosting more than 3,500 IT/ITes companies contributing over US$51.6 billion value in exports, which accounts for a 38 per cent share in India’s IT software exports, the state has the 2nd largest technology cluster after Silicon Valley. A leader in the IT-BPM outsourcing services sector, India’s biggest software company, Infosys was recently recognised by the government for topping IT exports worth over or equal to US$1.4 billion.

Innovation in Karnataka is also being driven by the state’s biotech industry, which holds a 35 per cent share of India’s entire biotech market. Biotechnology in India is growing at 14.4 per cent year on year and expected to reach US$100 billion by 2025. It is recognized as one of the key drivers for contributing to India’s US$5 trillion economy target. And, around 60 percent of biotechnology companies in India are based in Bengaluru, including India’s leading biopharmaceutical company, Biocon.

Biocon has evolved from manufacturing pharmaceuticals like statins and immunosuppression to developing and producing biologics for chronic diseases such as diabetes, oncology, and immunology for global markets. Growing at 14 per cent, they recorded revenue earnings of US$ 254.86 million for Q3 FY 2020. Biocon’s recent success has been the launch of their biosimilar Trastumuzab Ogivri, co-developed with Netherlands based Mylan, in the US, Canada, and the EU markets.

Bengaluru is also the base camp for biotech entrepreneurs because of the significant number of government-sponsored CoEs, which encourage startups in bioinnovation. For example, there is the Bangalore Life Sciences cluster, a centre of excellence in biological research, comprising of the National Centre for Biological Sciences, Institute for Stem Cell Biology and Regenerative Medicine and the Centre for Cellular and Molecular Platforms (C-Camp); and the Bangalore Bioinnovation Centre (BBC), a world-class incubation centre for startups in life sciences. The current incubatees here who are given lab facilities are working on cost-effective DNA testing for pathogens, outside of laboratory settings, researching on 3Dbioprinting, developing alternatives for harmful dyes, solving the problem of methane conversion, developing differentiated active wound care devices as examples.

These centres team up with foreign entities, for example, in December 2019, BBC involved in innovations in the field of biotech, pharma, healthcare, medtech, environment, industrial biotech, joined hands with JETRO, a Japanese trade organisation to exchange technologies and launch them in the market. These centres also provide funding C-Camp is a funding hub and an innovation ecosystem for the sector.

Karnataka can provide skilled graduates and researchers in biotechnology for these centres from its 12 biotech finishing schools. The state is also not short of R&D centres, boasting of nearly 400, and 85 chip designing houses. Bengaluru is also the most preferred destination for Global Innovation Centres (GIC)s in India, with 34 per cent of them located in the city. All of which is creating technology capability, as well as a growing pool of experienced tech resources.

The startup ecosystem is also robust in the state with over 4,000 start-ups, which accounts for a 30 per cent share of all start-ups in India. Besides establishing a slew of incubation centres and startup cells, the state offers US$50 million funding in the form of a grant or equity through its various funds under its Innovate Karnataka initiative. Striving to iron out any challenges faced by startups the Karnataka Innovation Authority has been established directly under the Chief Minister of Karnataka, BS Yediyurappa, to support hi-end technology startups to work on cutting-edge solutions. Global Investor funding continues to pour into the startups in the state.

What attracts investors to the state is that Karnataka has been a pioneer in introducing policies to promote a variety of industries. It has spawned conducive policies to facilitate investments. Wherever the state has seen an opportunity, it has immediately come up with a policy –for example, Karnataka was one of the first states to introduce an electric vehicle policy.

After returning from Davos, Karnataka CM Yediyurappa has announced pro-industry reforms that will allow investors to buy land in a 30-day timeframe.

A new industrial policy is also on the anvil to promote the state as a hub for innovation and technology and to encourage investors to invest in tier 11 and tier 111 cities. For example, the Karnataka government sees investment opportunities to the tune of US$2.9 billion – US$4.3 billion in the Hubli-Dharwad region and has invited India Inc to invest in other cities in the state besides Bengaluru.

At the forefront of tech-driven innovation, Karnataka has ended up attracting FDI worth US$42.3 billion from April 2000 to September 2019, the third biggest cache of FDI investments in India, after Maharashtra and New Delhi. Keen to keep the momentum up, the CM has recently announced that the state will hold the signature Global Investors meet under the theme, ‘Innovate Now, Growth Forever’ in November this year. The state administration is going all out to extend support to investors.