The Government of India has accorded top priority to infrastructure expansion and is moving fast to push new and stalled projects in all sectors.

India has set up a Rs.103 trillion (US$1.4 trillion) National Infrastructure Pipeline (NIP) in December 2019, with more than 6,500 projects, identified for integrated infrastructure development - a key driver for the world’s fastest growing economy.

In the Aviation sector, 48 airports and 266 routes have been operationalised under the Regional Connectivity Scheme UDAN, by March 2020. Another 100 airports would be developed by 2024.

The Indian Railways has the fourth longest rail network in the world, with a track length of 123,500 km, with daily movement of about 23 million passengers and more than 3 million tonnes of freight. 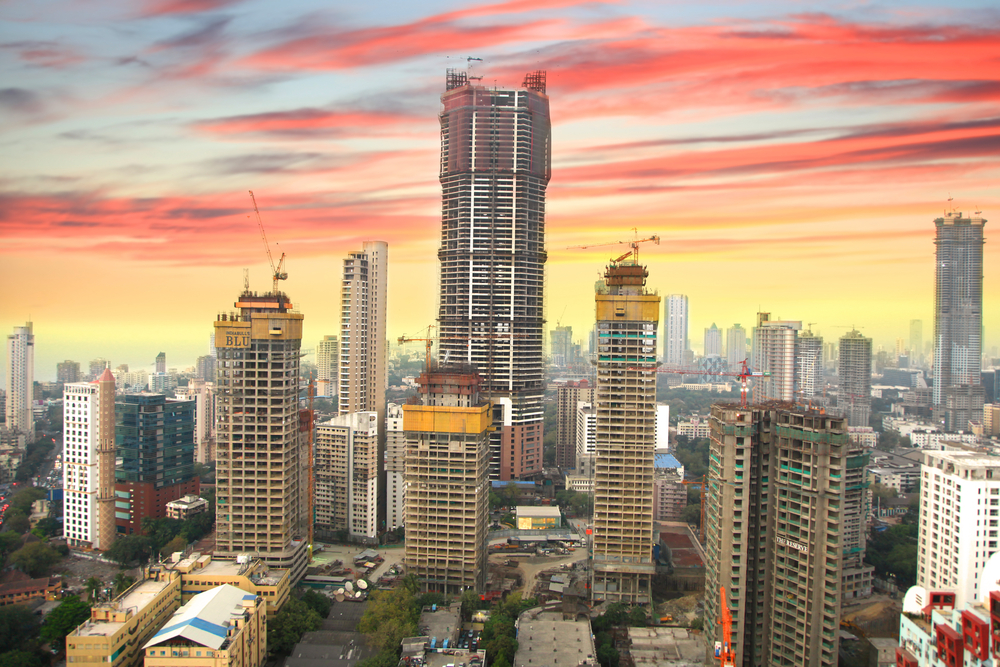 Among the many nation-building initiatives that the Government of India is pursuing and implementing, infrastructure expansion has been accorded high priority, and is the key element of the Government’s vision to make India a US$5 trillion economy by 2025. Government’s commitment for investment in infrastructure was emphasised with the setting up of a Rs. 103 trillion (US$ 1.4 trillion) National Infrastructure Pipeline (NIP) on 31 December 2019. It consists of more than 6500 projects, covering housing, safe drinking water, access to clean and affordable energy, healthcare for all, world-class educational institutes, modern railway stations, airports, bus terminals, metro and railway transportation, logistics and warehousing, irrigation projects, etc.

During the Budget Speech on 1 February 2020, the Finance Minister announced that about Rs 220 billion has already been provided as equity support to Infrastructure Finance Companies, who would in turn leverage it, to create a financing pipeline for the NIP projects.

The Indian road network of 5.89 million km is the second largest in the world. About 65 per cent of freight and over 80 per cent passenger traffic moves on Indian roads. The National Highways, with a total length of about 142,740 km (as of March 2020), still constitute only a very small percentage of the total road network in India. While on one hand, this network is being expanded at a fast pace, the government has also succeeded in bringing down the cost and time overruns, while reviving old projects. With an addition of 10,237 km of National Highways in 2019-20 (as per NHAI) , the highway construction has risen to approximately 28 km per day in 2019-20 compared with 9 km per day in 2012-14

Under the Pradhan Mantri Gramin Sadak Yojana (PMGSY) for providing road connectivity to rural habitations, a record 49,039 km of roads were constructed during 2018-19. The government has launched new initiatives such as the Bharatmala Project, to improve connectivity on economic corridors, border areas and far-flung areas, and enable quicker movement of cargo and boost exports. A total of 34,800 kms of highways and roads, at an estimated cost of Rs.5.35 trillion, are planned during Bharatmala Phase I to be implemented during 2017-18 to 2021-22.

This energy and focus also extends to the other cornerstones of physical connectivity – namely railways, ports and aviation. India has 12 major sea ports and 200 intermediate or minor ones along a coastline of more than 7,500 km. The government’s US$123 billion port-led development programme, Sagarmala, will enable the port sector to become more efficient through capacity addition, quicker turnaround time, low logistics costs and higher productivity. It will meet the country’s long-standing demand for transshipment hubs, operationalise 111 inland waterways, and focus on coastal and inland shipping to increase the share of waterways transport in the overall multi-modal transport mix. Of the 574 projects (Cost: Rs. 6 trillion) identified for implementation under the Sagarmala project by 2035, as of September 2019, a total of 121 projects (cost: Rs. 300 billion) had been completed and another 201 projects (cost: Rs.3 trillion) were under implementation.

With India being the fastest growing domestic aviation market in the world, airports are being upgraded at a fast pace. The recent approval for 37 non metro airports including 18 greenfield projects will result in the Indian aviation sector being serviced by an extensive network of more than 464 airports and airstrips. 350 unused airstrips are being revived. Under the Regional Connectivity Scheme UDAN, 48 airports and 266 routes have been operationalised by March 2020. Another 100 airports would be developed by 2024 to support the scheme and the air fleet number is expected to go up from the present 600 to 1,200 during this time. Further, the Government also introduced Krishi Udan scheme in the Union Budget for 2020-21, to help farmers in transporting agricultural products on both domestic and international routes.

Announcing measures to boost the country’s domestic aviation sector, the Finance Minister also announced in May 2020, that steps will be taken to make India a hub for Maintenance, Repair and Overhaul (MRO) of aircraft. As per the Economic Survey 2019-20, the annual import of MRO services by Indian carriers is around Rs 97 billion and the market is projected to grow to about Rs 360 billion in the next five years.

A record 49,039 km of roads were constructed during 2018-19, under the Pradhan Mantri Gramin Sadak Yojana

The Indian Railways has the fourth longest rail network in the world, with a track length of 123,500 km at the end of financial year 2018-19, next only to the US, Russia and China. In India, 13,000 trains ferry about 23 million passengers daily, while 7,400 goods trains carry more than 3 million tonnes of freight everyday. The government has invested a significant budget this year to update and improve this network. There will be a sea-change in the speed and safety of rail travel as projects like the Mumbai-Ahmedabad High Speed Railway Corridor, and the various city Metro Rail projects get under way in the coming years. ​​​​​​​The first bullet train in India will be launched in 2022 by the National High-Speed Rail Corporation Limited (NHSRCL). The train will run from Mumbai to Ahmedabad, connecting various cities of Gujarat to Mumbai. The railways have also rolled out a Special Freight Train Operation (SFTO) to encourage private investment in rolling stock.

With total generating capacity of 366GW in 2019, India is the third largest producer and consumer of electricity in the world and is continuing to expand and diversify its power generation capabilities in order to keep up with the demands of a rapidly developing nation. In early 2017, India became a net exporter of electricity for the first time. In line with the Paris Climate Accord commitments, and being at the forefront of the International Solar Alliance, India has been steadily expanding its renewable energy capabilities and has built some of the largest solar power plants in the world. A recent review by the International Energy Agency (IEA) confirms that India is making progress towards its target of 175GW of renewables (solar and wind energy) by 2022.

However, the country’s energy demand in the first seven months of 2019-20, grew at just 2 per cent, lowest since 2014-15, mainly due to a prolonged rainy season and good rainfall which led to reduction in demand in agriculture sector as well as domestic and commercial sectors, further accentuated by slowdown in industrial activity.

Electrical connectivity is being efficiently expanded across all parts of India, bringing light to many rural areas. The country has also been steadily shifting towards less polluting sources of power generation. As part of this, India aims to boost the representation of natural gas in India’s primary energy mix to 15 per cent by 2030 from 6.5 per cent currently. Helped by increased natural gas supply and rising renewable energy capacity, India hopes to reduce usage of coal for energy generation considerably.

The vision of Digital India programme is to transform India into a digitally empowered society and knowledge economy. The programme aims to extend high speed and secure internet connectivity to every corner of the country to facilitate e-governance and e-services. The digital infrastructure encompasses a digital identity, safe and secure cyberspace, real time government services on mobile phones and online platforms and enables electronic and cashless financial transactions. The focus is on connecting the rural population of more than 900 million and bringing them into the mainstream. As of May 2020, a total of 432,668 Km of Optical Fibre Cable has been laid, covering over 150,000 gram panchayats (GPs). Of these about 52,000 GPs have installed Wi-Fi, and 1.1 million users are already benefitting from the broadband connectivity. The Government has provided Rs. 60 billion for the programme for 2020-21.

The digital connectivity initiatives over the past several years have proved to be extremely beneficial during the COVID 19 pandemic, not only for facilitating payments and financial transactions, but also for delivering key services like healthcare, education, judicial services etc. In fact the present crisis has only further underlined the urgency for building the Digital India.

In a nationally televised address on May 12, 2020, the Prime Minister called for turning the pandemic crisis into an opportunity to build a self-reliant India, on the five pillars of economy, infrastructure, technology-driven systems, demography, and demand.  Further, in a subsequent press conference, the Finance Minister announced the Government’s roadmap towards Aatam Nirbhar Bharat (Self Reliant India), including formation of an Empowered Group of Secretaries to fast-track projects, including for infrastructure investment.