The export of the missile will mark a radical shift in the Defence Manufacturing export ecosystem.

Domestic procurement for Defence Manufacturing is expected to increase to US$ 19bn by the year 2021.

The initiative is also expected to achieve US$ 5bn worth of exports from India.

Currently, 74% FDI is permitted in the Indian Defence Manufacturing sector. 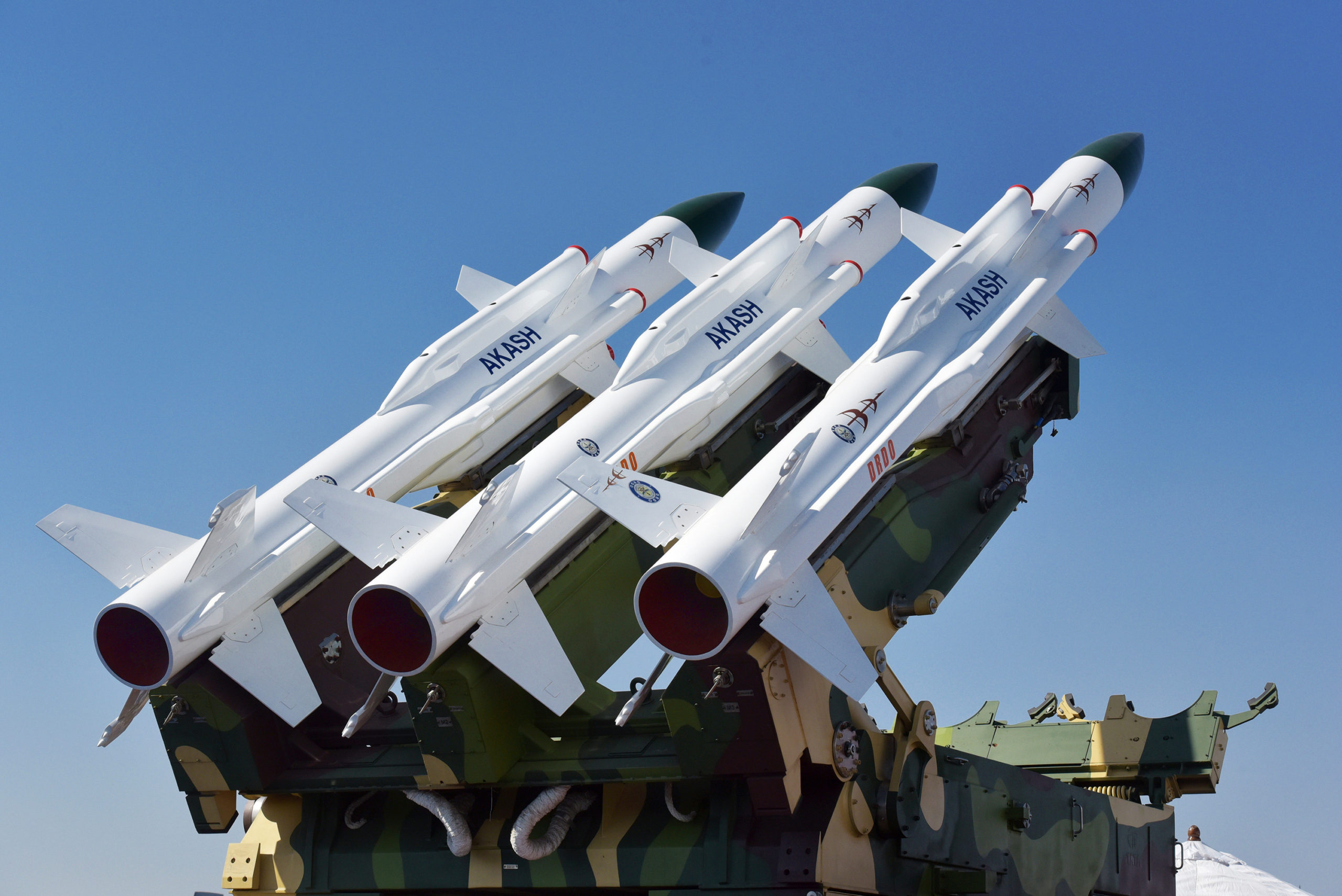 The Akash missile system which is the nation’s first indigenously developed battery of missiles has been approved for use by the Union Cabinet. With a range of 25 km, the missiles are potent enough to target aerial defence assets and cruise missiles alike. The export of the missile system will also mark yet another first in the Indian defence export ecosystem hitherto dominated by small part exports. Minister for Defence, Sh Rajnath Singh commented: “The Government of India intends to focus on exporting high-value defence platforms, to achieve a target of 5 billion USD of defence export and improve strategic relations with friendly foreign countries.” The successful indigenous development of the Akash missile system could help increase domestic procurement to US$ 19bn by the year 2025. Later in 2020, the Ministry of Defence had procured 159 units of Automated Gun Aiming and Positioning System (AGAPS) in order to catalyse military modernisation. The procurement was especially noteworthy as it emerged from a PPP between Bharat Earth Movers Ltd (BEML), Larsen & Toubro and Tata Power Company Ltd (TPCL).

Schemes like Atmanirbhar Bharat and the permitting of 74% FDI in the Defence Manufacturing sector allow India to focus on strengthening the manufacturing and sourcing mechanisms that exist indigenously. Experts at the Observer Research Foundation point to a few key roadblocks that will need to be overcome in order to make the aforementioned initiatives a success : (i) delays in approval and project completion, (ii) irregularities in procurement budgets, (iii) higher probability of modifying design post project execution, (iv) mismanagement of crucial projects. Furthermore, there are gaps in the manufacturing space that will need to be overcome with focused policymaking and time. Furthermore, the identification of the right partners is also crucial to the successful production and implementation of indigenously developed projects. In the case of technology adoption, it is imperative to assess the security of the technological components that are to be used and gauge their compatibility with the often hostile terrain that the defence forces have to operate within.