The GOI’s announcement to sell its 63.75 percent stake in the Shipping Corporation of India (SCI) kickstarted discussions about the efficacy of privatization

Ongoing efforts at disinvestment in Shipping Corporation part of reform process in the sector.

The Government recognises the significant opportunity that lies in reforming the shipping sector and expanding its scale.

Efforts are underway to facilitate the growth of shipping through a number of initiatives undertaken by the government. 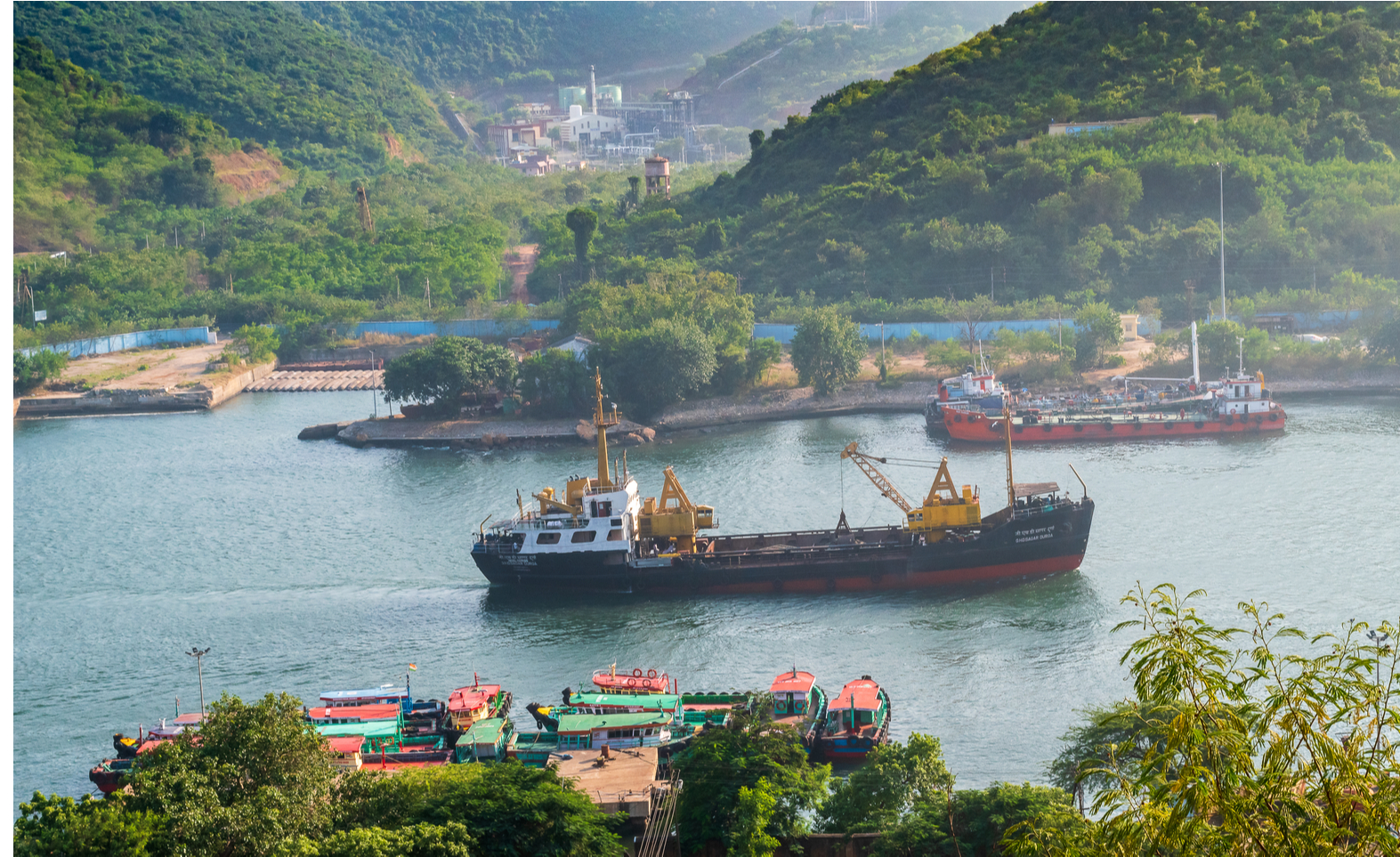 Recently, Government of India announced its intention to sell its entire 63.75 per cent stake in Shipping Corporation of India (SCI), along with the transfer of management control. SCI has a fleet size of 59 vessels and a capacity of 5.3 million deadweight tonnage (dwt) making it the largest shipping company in India. The company’s long-standing relationships with oil and steel companies help ensure high fleet utilization. SCI also boasts of a fairly young fleet with an average age of about 11.28 years. Despite being profitable, SCI is relatively small by global standards. Private investment could provide a much needed shot in the arm to will help boost its growth.

While the decision to divest its stake in the company is in line with the Government’s larger divestment plans, it also adds heft to its efforts at accelerating growth of this key sector of the economy.

In Union Budget 2020-21, the Ministry of Shipping received a total allocation of Rs. 1,702.35 crore (US$ 233.48 million).  The government also announced subsidy funding worth Rs. 1,624 crore (US$ 222.74 million) to Indian shipping companies to encourage merchant ship flagging in the country. The Finance Minister also proposed the doubling of the ship recycling capacity of ~4.5 million light displacement tonnes (LDT) by 2024.

The Government is also building six new mega ports in the country under the National Perspective Plan for Sagarmala. With this capacity addition, ports are expected to grow at a CAGR of 5-6% till 2022, thereby adding 275-325 MT of capacity.

The Government has taken several measures to improve operational efficiency including mechanisation, deepening the draft, and speedy evacuations. In February 2021, Parliament passed the Major Port Authorities Bill, 2020 with an aim to decentralise decision-making and reinforce excellence in major port governance. The same month, Jawaharlal Nehru Port Trust (JNPT) launched a comprehensive solid waste management project as a part of its green port initiatives. These initiatives are expected to benefit organizations that provide services for operation and maintenance (O&M), pilotage and harbouring and marine assets such as barges and dredgers.

The Importance of Shipping

Shipping has a critical role to play in the global economy given that about 80% of global merchandise is transported over water. About 95% of India’s trading by volume and 70% by value happens via maritime transport. Therefore, Indian ports and the shipping industry play a pivotal role in supporting the country’s trade and commerce.

India has a massive coastline of about 7,517 kms. With 12 major and 205 notified minor and intermediate ports, it is the sixteenth-largest maritime country in the world. In FY20, India’s key ports had a capacity of 1,534.91 million tonnes per annum (MTPA) and handled 704.93 million tonnes (MT) of cargo traffic. India also saw merchandise exports worth US$ 255.92 billion in FY21 (until February 2021).

Yet, the Government recognises the significant opportunity that lies in reforming the shipping sector and expanding its scale. A paper by the Observer Research Foundation titled ‘Towards a larger Indian shipping industry’, pointed out that the right investment policies in this sector could potentially lead to a saving of $50 billion. This is approximately equivalent to the net freight outgo being currently paid by Indian trade/India every year to foreign shipping companies.

In November 2020, the Ministry of Shipping was renamed as the Ministry of Ports, Shipping and Waterways to better align with its current role and international norms. At the time, the Prime Minister Shri Narendra Modi called for the need to strengthen the logistics connected to the sea and create an ecosystem for the seamless movement of cargo.

According to a report by the National Transport Development Policy Committee, Indian ports are expected to handle cargo traffic of 1,695 million metric tonnes by 2021-22. The key ports are expected to deliver seven projects worth more than Rs. 2,000 crore (US$ 274.31 million) on a public-private partnership basis in FY22. Already, efforts are underway to facilitate the growth of shipping through a number of initiatives undertaken by the government.

The Ports sector in India received a cumulative FDI worth US$ 1.63 billion between April 2000 and June 2020. During the Maritime India Summit 2021, the Ministry of Ports, Shipping and Waterways identified an investment potential of Rs. 2.25 lakh crore (US$ 31 billion) via 400 projects.

The Government of India has allowed Foreign Direct Investment (FDI) of up to 100% under the automatic route for port and harbour construction and maintenance projects. It has also provided a 10-year tax holiday to enterprises that develop, maintain and operate ports, inland waterways and inland ports.