Metro rail project, a popular solution for resolving urban traffic and pollution concerns, has been adopted by a number of big cities across India, creating widespread opportunities for foreign and domestic investors, companies and experts

City metro projects with total track length of 370 km are operational in eight Indian cities, while five projects are in the process of being built and 10 new projects are in planning stage 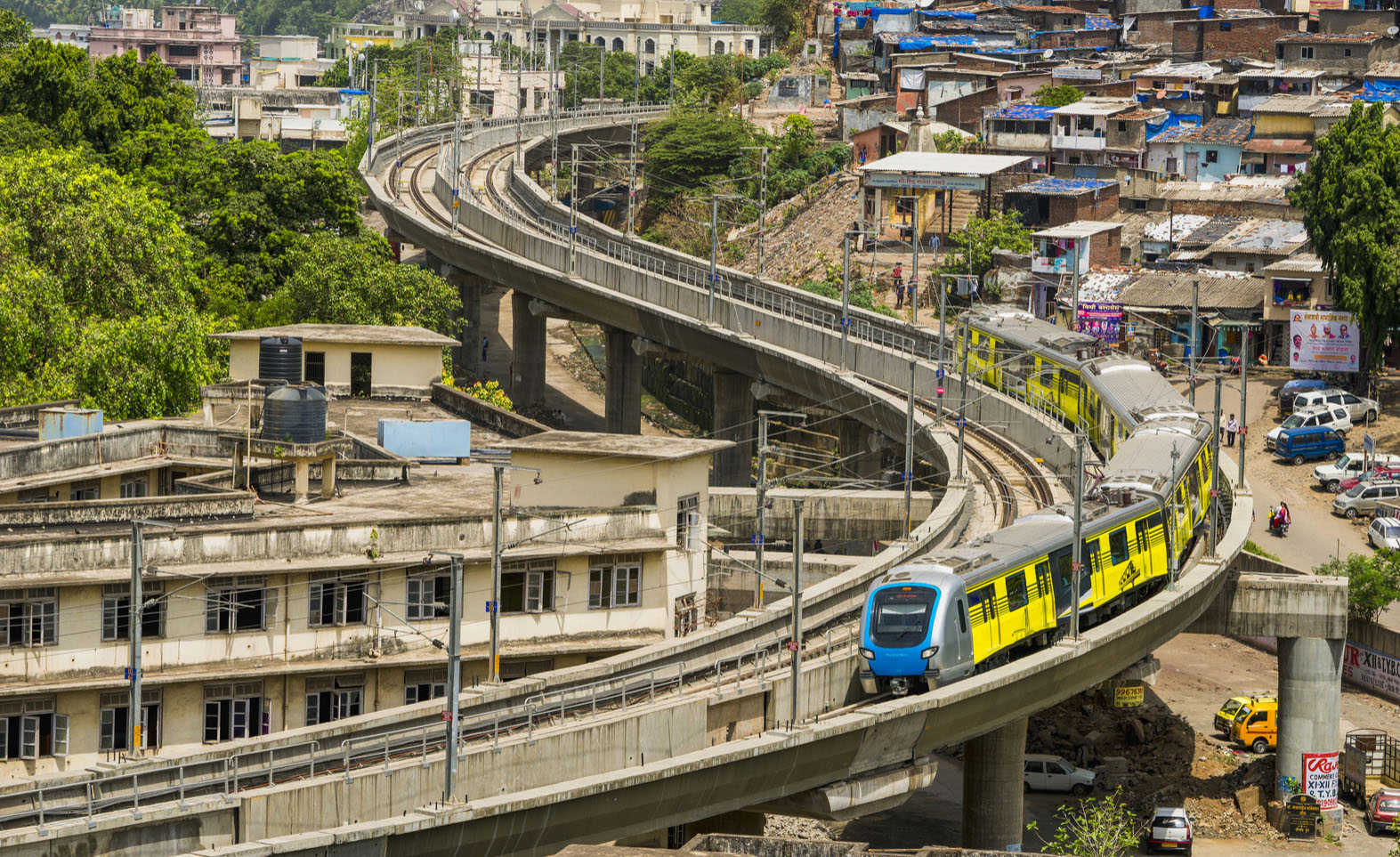 Metro rails have emerged as a viable and clean solution for surmounting urban India’s  traffic and vehicular pollution challenges. These projects improve efficiency of urban life while reducing dependency on fuel-based vehicles. Currently around 370 km of metro rail tracks are operational across eight Indian cities, while five more projects are in the process of being built and 10 others in the planning stage. Setting up a metro rail project is capital-intensive and demands the latest and the best in locomotive engineering and technology. This has opened up opportunities for domestic as well as foreign companies in an hitherto under-developed infrastructure segment.

Metro rails are expensive to build with a kilometre of track costing around US$30 million. Foreign agencies are playing a vital role in making this sustainable mobility vision a reality. Agencies such as the Japan International Cooperation Agency (JICA), European Investment Bank (EIB) and the French Development Agency are providing loans with low interest rates and long repayment periods. Two months ago, a visiting team from Export–Import Bank of Korea (Korea Eximbank) had selected the upcoming US$1.4-billion Visakhapatnam Metro Rail (VMR) project for collaboration. The Korean entity is willing  to commit around US$90 million to VMR, one of the 10 metro projects under planning currently, at an annual interest rate of 5-6 per cent.

JICA has been India’s biggest financier in infrastructure projects, disbursing nearly US$23.1 billion in soft loans to India over the past decade. The Japanese agency has been the primary financier of the Phase 1, 2 and 3 of Delhi Metro with total contribution of around US$5.5 billion, or about 52 per cent of the total project cost. JICA has also acted as a key player in funding Bengaluru, Kolkata, Chennai, Mumbai and Ahmedabad Metro Rail projects. Meanwhile, Luxembourg-based EIB has sanctioned US$540 million for the Lucknow Metro rail and is expected to fund US$1.8 million for Pune Metro. The Asian Infrastructure Investment Bank will pump in US$1.5 billion in six new metro projects in India. Two of them are the Mumbai Metro Line 4 Project and Bangalore Metro Rail Project Line R6.

Germany’s KfW Development Bank had extended US$580-million a loan for Nagpur Metro, which is scheduled for completion by 2020. Costing US$1.3 billion, Nagpur Metro is the first metro project to be financed under the Indo-German partnership focusing on “clean, socially inclusive and climate friendly mobility” for urban settlements. These loans are helping India develop its urban transport system which is at the core of driving the country’s economy. The Government is focusing on urban infrastructure, especially mobility infrastructure, since it views smart cities as a sine qua non for higher productivity and growth.During the Kochi Metro launch in June last year, Prime Minister Shri Narendra Modi had invited foreign investment in the sector as he pointed out that 50 cities were getting ready to implement metro rail projects.

Most of these foreign loans require  a percentage of the project contracts to go to companies from the lender’s home country. In Bengaluru’s Namma Metro for example, Mitsubishi Electric India supplied propulsion of rolling stocks. In Ahmedabad Metro, the signalling system has been awarded to Nippon Signal of Japan, while the HH rail tender went to Mitsui and Co Ltd. Metro-Link Express for Gandhinagar and Ahmedabad (MEGA), an SPV formed to develop the Ahmedabad metro, was quick to add that the imported systems were the latest technologies in the international market and not currently manufactured in India.

Many foreign and domestic manufacturers are therefore seeing big business opportunities in India’s metro rail sector. Companies such as South Korea’s Hyundai Rotem, Canada’s Bombardier, Alstom of France, CSR Nanjing (China), Siemens of Germany and India’s BEML are major players in the industry today. Only a month ago, Hyundai Rotem, a rolling stock manufacturer and suppliers to Delhi and Hyderabad metros, bagged a US$160-million contract to supply 96 metro coaches for Ahmedabad Metro’s Phase 1 project. The trains will be manufactured at the company’s Changwon plant and deliveries are expected to take place between April 2019 and July 2020.

Suppliers such as Alstom and Bombardier are going one step further and setting up manufacturing plants in India. Alstom’s Urbalis Computer Based Train Control (CBTC) technology, which would facilitate driverless trains, was jointly supplied by the company’s site in Bangalore and its plant in Saint-Ouen in France. These foreign companies are also exporting to markets such as Australia, Brazil and Saudi Arabia from their Indian manufacturing facilities . Such initiatives have received strong support from programmes such as Make in India, Skill India and Digital India. The Government has also released a Metro Rail Policy in 2017 detailing regulations related to procurements and partnerships in the sector.