Justice is provided in India through a tiered system with the Supreme Court as the highest court in the country.

One of the three pillars of Indian democracy, the Indian Constitution mandates an independent and integrated judiciary.

The Government is implementing the E-courts mission mode project to computerise the courts and the judicial procedures. 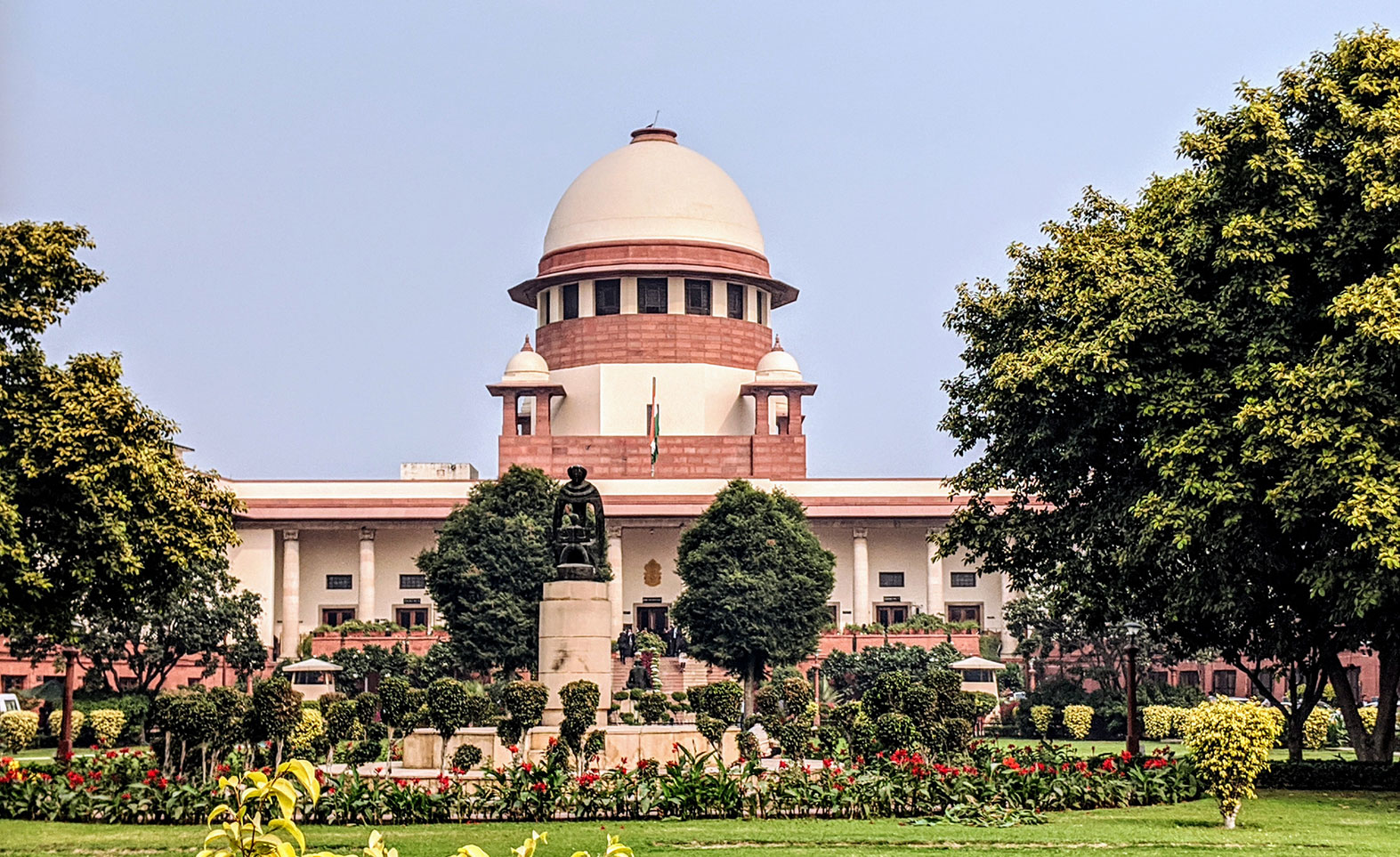 Thus the Indian judiciary serves as the interpreter of law as well as the watchdog of the Indian Constitution, which mandates an independent and integrated judiciary for the country.

The three pillars of Indian democracy do not work in isolation but are interdependent to ensure the proper and systematic functioning of the government. However, the judiciary has wide powers to review and strike down executive and legislative decisions and actions, if they are found to breach the Constitution. The power of “judicial review” of legislative and executive action is considered to be an essential tool for preserving the doctrine of separation of powers and the rule of law.

An independent judiciary ensures a justice system that is not controlled by the other arms of the government or any political authority, while having accountability to the Constitution. Such independence also ensures that there is no misuse of power by any section of the government.

Justice is delivered in India through a tiered system with the Supreme Court as the apex court in the country. One level below are 24 High Courts, each with jurisdiction over a state or a group of States and Union Territories. Then come the District Courts, along with alternative platforms for dispute resolution as provided by subordinate courts, which include village courts and people’s courts. Administrative tribunals are also in place to provide redressal efficiently. All judicial cases are presided over and decided by a judge. The provision for jury trials in India was abolished in the early 1960s.

The government has set up a task force led by the Department of Justice, in the Ministry of Law and Justice, to address concerns about enforcing contracts by monitoring the performance of courts and expediting e-courts projects

As of May 2020,  there were about 32.5 million cases pending across India’s courts, of which 24 per cent cases have been pending for over five years, as per data compiled by National Judicial Data Grid (NJDG).

Streamlining the judicial process and improving efficiencies to deal with the backlog of cases is one of the top priorities of the Government of India. In 2017, the government allocated US$90 million under the E-courts project, to computerise all the courts and judicial procedures. The Economic Survey 2018-19 suggested reducing the number of holidays of courts, and appointing more judges to enhance productivity in the judicial system, highlighting that delays in contract enforcement remains the single biggest constraint to improving India’s Ease of Doing Business (EODB) ranking,

Efforts to digitise the judiciary

With an aim to fast-track the disposal of pending cases, the government has been implementing the e-Courts Mission Mode project for the transformation of a staggering 14,249 courts into digital, paperless entities. By August 2018, under phase II of the project, 628 District Legal Services Authorities and 2074 Taluk Legal Services Committees have been computerised. These courts have been connected to the National Judicial Data Grid (NJDG).

The Integrated Case Management Information System (ICMIS) uploaded in May 2017 is intended to help the Supreme Court go digital by allowing litigants to file cases online and monitor their progress in real-time. The next step will be to integrate this system with all the High Courts. Plans are also underway to integrate data from law enforcement networks into an interoperable system for the judiciary to help improve service delivery.

As part of its overarching efforts to introduce reforms to improve ease of doing business in India, the government has set up a task force led by the Department of Justice, in the Ministry of Law and Justice, to address concerns about enforcing contracts by monitoring the performance of courts, expediting e-courts projects and providing alternate mechanisms for dispute resolution. The Government of India has also consolidated several tribunals to cut down complexity and bring in uniformity and efficiency and it will continue ongoing efforts to hasten the process of delivering justice.