Privately-run Indian groups such as Neemrana Hotels, Heritage Hotels of India, Welcome Heritage Hotels, HRH Group of Hotels, Samode Hotels are just a few of the many players that are investing big sums to turn Indian royal properties into luxury hospitality assets

FDI into tourism, which stood at US$11.4 billion until June 2018, is expected to rise by nearly 7 per cent year-on-year, going forward; There is also a five-year tax holiday for 2, 3 and 4-star category hotels around UNESCO World Heritage sites (except Delhi and Mumbai)

India’s travel and tourism industry earned US$91.3 billion in 2017, which is projected to double over the next decade; Foreign spending alone made up US$26 billion last year. A big part of this came from heritage tourism, including tourist spending on heritage hospitality

The Indian Heritage Hotels Association, which started off in 1990 with a membership of 14 from just Rajasthan, home to the largest cluster of heritage hotels in India, today boasts of over 190 members from 16 Indian states, owing to entrepreneurship in the space 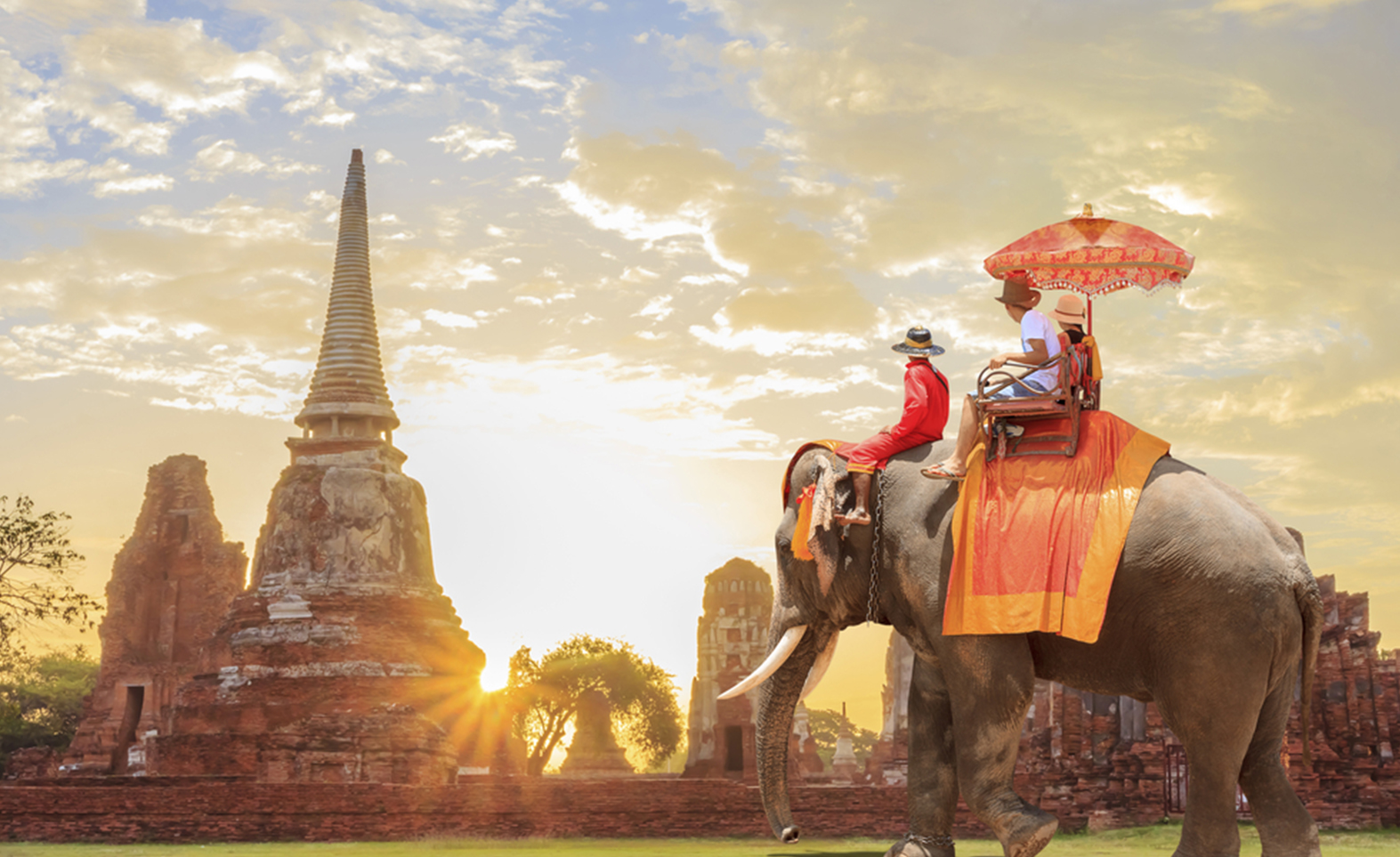 Culturally rich India has emerged as a leading destination for heritage tourism. As India’s tourism sector is set to double its income over the coming decade, there has been a renewed focus on the potential of heritage properties as high-margin investment assets. The erstwhile palaces, forts and bungalows, even destination lodges, of Indian royalty that have been restored and converted into luxury hotels and resorts are already giving handsome returns. These properties have been offering visitors a slice of the royal Indian experience, covering everything from rich Indian food to cultural activities to traditional wellness, while contributing to India’s increasing foreign tourist arrivals. Privately-run Indian groups such as Neemrana Hotels, Heritage Hotels of India, Welcome Heritage Hotels, HRH Group of Hotels, Samode Hotels are just a few of the many players that are investing big sums to turn Indian royal properties into luxury hospitality assets.

In September 2018, the iconic Taj Connemara hotel reopened in Chennai. The hotel, the oldest in south India dating back to 1854, underwent an extensive renovation over the past two years. Named after the then Governor of Madras, Lord Connemara, the hotel’s décor combines influences of classical colonial art with traditional Indian temple architecture. Owned by the Indian Hotels Co, this is one among India’s myriad offerings in heritage hospitality. Driven by growing demand from foreign as well as Indian visitors, investments in the space have been quick to turn profitable and new players are targeting other heritage properties around India. Besides creating lucrative business opportunities and vast job creation, such restorations have given a new lease of life for India’s architectural wonders. This has been a win-win situation for custodians of properties as well as for investors bringing on board expert stakeholders to help commercialize the assets.

Unlike modern commercial hotels and resorts, heritage hotels offer visitors an experience that combines royal traditions with new age comforts. Mainly these are rundown palaces, forts and heritage buildings that have been refurbished and retrofitted to offer a glimpse into the past. It is typically more expensive to run a heritage hotel than a commercial one, and even more expensive to renovate heritage properties before they can become good hotels. There is no cookie-cutter model, nor is there a standard operating procedure. Which is what makes it unique and much in demand. In fact, there is high entrepreneurial interest in this particular hospitality segment. The reasons are not hard to find. Consider these:

Government of India has launched several branding and marketing initiatives that have provided impetus to Indian tourism sector’s growth. In September 2017, the Incredible India 2.0 campaign was launched. Exactly a year later, the Indian Government launched the ‘Incredible India Mobile App’ to support foreign travellers in India. The Government has set a target of 1 per cent share in global international tourist arrivals by 2020 and a 2 per cent share by 2025. This apart, a liberalized policy that allows 100 per cent foreign direct investment (FDI) through the automatic route in tourism and hospitality, including heritage hotels, has made investments in the sector attractive. Hence, FDI into tourism, which stood at US$11.4 billion between April 2000 and June 2018, is expected to rise by nearly 7 per cent year-on-year, going forward. There is also a five-year tax holiday for 2, 3 and 4-star category hotels around UNESCO World Heritage sites (except Delhi and Mumbai).

India’s travel and tourism industry generated revenues of US$91.3 billion in 2017, which is projected to double over the next decade. Foreign spending alone made up US$26 billion last year. A big part of this came from heritage tourism, including tourist spending on heritage hospitality. The interest in heritage hospitality found expression at the recent convention of the Indian Heritage Hotels Association in Rajasthan, where the focus was on “reinventing India as a heritage destination”. The convention saw participation by a diverse set of foreign players – from architects and designers to hoteliers and investors – who seemed to be as keen as their Indian counterparts to innovate to take heritage hospitality to the next level. Rajasthan is home to the largest cluster of heritage hotels in the country. Incidentally, IHHA, which started off in 1990 with a meagre membership of 14 from the desert state, today boasts of over 190 members from 16 Indian states.

While it is true that it typically takes time to set up a heritage hotel, its has also been proven that these entrepreneurs have made for the investments in good time. Delhi-based Neemrana was one of the early movers in this space. In 1977, it started restoring ruined properties and converting them into magnificent hotels. Today, it has 23 properties all over India. Over the years, several other palaces, forts and other properties of erstwhile maharajas and maharanis have been transformed to set up flourishing business. Apart from the heritage hotels’ luxury quotient, the uniqueness of offerings have driven demand through the decades. Like its character, the operations of this business is heavily curated to pamper the guests. Unlike modern day hotels where the number of rooms runs into hundreds, rooms in heritage hotels are restricted at around 50 to 80. And in most properties, these rooms are distinct from one another with unique themes and offerings.

The Ministry of Tourism lists just 1,258 rooms among 40 heritage hotels. The room tariff, invariably, starts from a few hundred US dollars per night and could go up to a few thousands. While some properties see occupancy of over 60 per cent all through the year, others see very lean off-seasons. Most of the interest comes from foreign tourists with those from the UK forming almost 18 per cent of all visitors. Tourists from France follows the British. Meanwhile, owing to improving affordability and increasing awareness, heritage hotels have recorded rising interest from Indian tourists. Because of its curated offerings, hotel operators also have the added advantage of renting out entire properties for weddings, mainly Indian, or private events or even Bollywood movie shootings. Such contracts more than make up for revenue losses that may appear during off-seasons.

Restoration of the regal splendour of old structures, which have history written all over them, is not easy and requires big teams of expert manpower. Each suites in such properties are restored to their original glory with custom-made tiles and stones, chandeliers and other antiques, while being retrofitted with modern comforts. It can take anything from years to a decade before it can be opened to the general public. But, the décor is best appreciated when it is accompanied by the right people to usher in guests and meet their requirements. The requirements can range from location dinners with authentic cuisine, to traditional wellness and therapy, to local cultural and historical information, to proper upkeep of the heritage properties, antiques, vintage cars and carriages. As per industry estimates, the tourism industry employs about 5 per cent of India’s total workforce. At the current pace, total employment in the sector is expected to rise to 52.3 million by 2028.