India aims to increase its share of global foreign tourist arrivals to 1% by 2020 from 0.7% in 2016 and to 2% by 2025; To achieve this the Government has amended policies, improved services and infrastructure and introduced provisions to encourage tourist arrivals which in turn has opened up varied investment opportunities

Government of India has amended the National Tourism Policy of 2002, simplified visa procedures and taken up infrastructure and services development to help foreign travelers

Ministry of Tourism’s “Incredible India 2.0” campaign promotes the country’s ancient heritage as well as modern strengths to pitch India as a “must revisit, must experience” destination

Tourism, a crucial trade, diplomacy and culture promoter, is expected to contribute nearly US$500 billion to India's gross domestic product by 2027, compared with US$230 billion in 2017 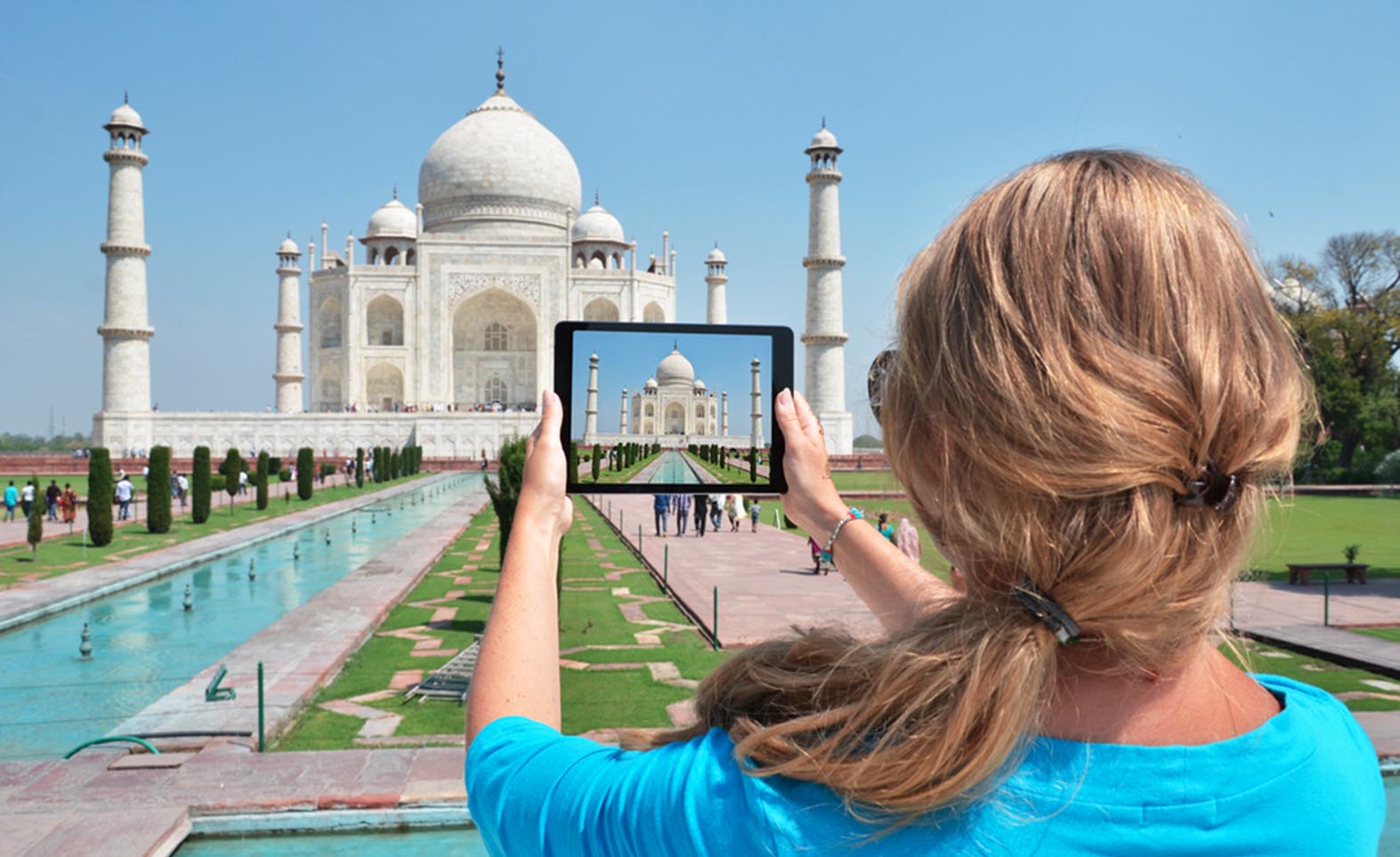 India, backed by its vast and diverse cultural and natural treasures, has come up as a sought-after tourist destination globally. This is evident in the fact that in 2017, foreign tourist arrivals (FTAs) into India increased by nearly 16 per cent year-over-year to around 10.2 million. This increase has continued in 2018, with FTAs into India rising by 10 per cent over the first three months of the year to 3.1 million. The steady gain in foreign tourist entry indicates towards India’s improving stand across a variety of fields, including leisure tourism, medicine, education, trade and investment. Meanwhile, the Government of India has undertaken a host of initiatives to boost FTAs. These measures include amendment of National Tourism Policy of 2002, simplification of visa procedures, infrastructure development and provision of specialised amenities to ease movement of foreign travelers around the country. India is currently the seventh largest market in the global tourism industry. Thought the “Incredible India 2.0” campaign, the Ministry of Tourism has sought to promote the country’s ancient heritage as well as modern strengths in order to pitch India as a “must revisit, must experience” destination to the international audience.

Tourism forms a major part of the Indian Government’s initiative to drive indigenous entrepreneurship, attract foreign investment and strengthen the nation’s soft powers. This effort has been supported by India’s vast riches that include 36 world heritage sites, 10 bio-geographical zones and 26 biotic provinces, among many other attributes. To better promote these treasures and to create more opportunities, in the Union Budget 2018-19, the Government proposed to develop ten prominent tourist sites into Iconic Tourism Destinations by following a holistic approach involving infrastructure and skill development, development of technology, attracting private investment, branding and marketing. The measures come at a time when India’s forex earnings from tourism is being anticipated to rise to around US$110 billion by 2025, from around US$27 billion in 2017. Proactive steps have helped the nation climb 12 places to 40th position in the World Economic Forum’s Travel and Tourism Competitive Index released in April 2017. This comes amid new investments in the tourism sector, which is expected to contribute nearly US$500 billion to India’s gross domestic product by 2027, compared with over US$230 billion in 2017.

Investment opportunities in the sector

New trends in tour and travel along with growing tourist traffic has led to high-margin opportunities for foreign investors. These opportunities have been further boosted by the Government’s allowance of 100 per cent foreign direct investment in the tourism under automatic route. The same provision has been extended to tourism construction projects, including development of hotels, resorts and recreational facilities. This has encouraged a host of foreign hospitality chains, such as France’s Accor Hotels, the USA’s Hyatt Hotels, Hilton Worldwide and Marriott International and the UK’s InterContinental Hotels, to set up multiple properties across India which have recorded encouraging income growth. Buoyed by the fast-growing Indian consumer base, these chains have announced massive expansion plans in India. Similarly, an increasing number of foreign airliners such as British Airways, Lufthansa, Emirates and Singapore Airlines have increased international routes connecting India. Simultaneously, Indian airliners such as SpiceJet, IndiGo and Vistara have expanded internationally. Foreign airliners such as Qatar Airways are even considering launching domestic operations in India. Resultantly, travel companies such as USA’s Expedia and France’s Carlson Wagonlit, among others, have seen growing business from India.

Central Government-run entities such as Indian Railways as well as promotion boards related to forestry and wildlife, agriculture and fisheries, energy and resources, transportation, textile and handicrafts, healthcare and wellness, trade and commerce have encouraged tourism in their respective sectors

Central Government-run entities such as Indian Railways as well as promotion boards related to forestry and wildlife, agriculture and fisheries, energy and resources, transportation, textile and handicrafts, healthcare and wellness, trade and commerce have encouraged tourism in their respective sectors. Additionally, separate tourism and transport bodies in India’s 29 states have invited entrepreneurs and investors to help develop the local tourism scene. Collaborations have also been established to restore heritage structures and promote cultural riches. State-run entities have tied up with private partners to set up tourism corridors to boost local heritage and resources. Instances of such corridors include Religious Corridor, Wildlife Corridor, Coastal Corridor, Ganges Corridor, Heritage Corridor, Himalayan Corridor, Food Corridor, among others. Besides leisure, India has come up as a leading destination for travel related to business, healthcare and education. This has allowed development of specialized infrastructure and services to support the rising inbound traffic of different types of visitors. Accordingly, foreign entities specific to business, healthcare and education industries have invested in India to tap the growing market. Special tourism zones have been planned to maximise income opportunities for investors.

These activities come amid India’s efforts to increase its share of foreign tourist arrivals in world’s international tourist arrivals to 1 per cent by 2020 from 0.7 per cent in 2016 and to 2 per cent by 2025. To reach this goal, Ministry of Tourism has launched two flagship schemes – Swadesh Darshan, or integrated development of theme based-tourist circuits, and PRASHAD, or pilgrimage rejuvenation and spiritual, heritage augmentation drive. These will facilitate creation of tourism infrastructure and dedicated services and products, often with financial assistance from foreign bodies such as the World Bank, the Asian Development Bank and Japan Finance Corp. The initiatives are crucial as India ranks first in world in terms of direct contribution to employment by travel and tourism. As of early 2018, around 42.9 million jobs were supported by travel and tourism, or over 9 per cent of the country’s total jobs. Indian Government has also introduced social media campaigns to sensitise stakeholders in the tourism industry as well as the general public about the importance of good conduct towards tourists, reinforcing the spirit of “Atithi devo Bhava”, an ancient Indian belief which says that a guest is akin to god.

The Government has eased visa issuance for foreign visitors, which is offered across 14 categories – Tourist Visa, Business Visa, Urgent Business Visa, Employment Visa, Student Visa, Entry Visa, Film Visa, Conference Visa, Journalist Visa, Research Visa, Transit Visa, Medical Visa, Medical Escort Visa and Intern Visa. Additionally, e-Visa issuance has been encouraged by the Indian Government and resultantly in 2017 foreign tourist arrivals on e-visas jumped by 57 per cent to 1.7 million. Currently India provides e-Visa for over 160 countries. Provision of visa on arrival has been expanded to cover more than 40 countries. Alongside, help desks have been set up at the entry points into India covering air, land and waterways to provide assistance to incoming visitors. Amid increasing activities, the World Travel & Tourism Council (WTTC) expects India to add around 10 million jobs in the travel and tourism sector over the next decade. WTTC anticipates India to become the world’s third largest travel and tourism economy by 2028. Tourism has come up as a crucial tool to promote Brand India that is aimed at driving a holistic socio-economic development and involving private partners from India and abroad will ensure better outcome of this goal.