India, the world’s third largest oil market, has seen steady rise in sales of petroleum and petrochemical products owing to a fast expansion of consumer base; This has attracted foreign energy conglomerates to invest in India, covering activities from oil and gas exploration to fuel retailing

Driven by a steady expansion in national consumer base owing to rapid urbanisation and improving affordability, India has emerged as the third largest consumer of petroleum products in the world and the second largest refiner in Asia

India holds estimated oil and gas reserves of 28 trillion tonnes, out of which 60 per cent in yet to be harnessed; While India’s proven oil reserves stand at 635 million tonnes, proven natural gas deposits has been recorded at 54 trillion cu ft

Capital spending of India’s state-run oil companies rose by 22 per cent to US$19.2 billion during 2017-18; This was allocated to asset acquisitions as well as augmentation of production, transportation, storage, refining and distribution activities 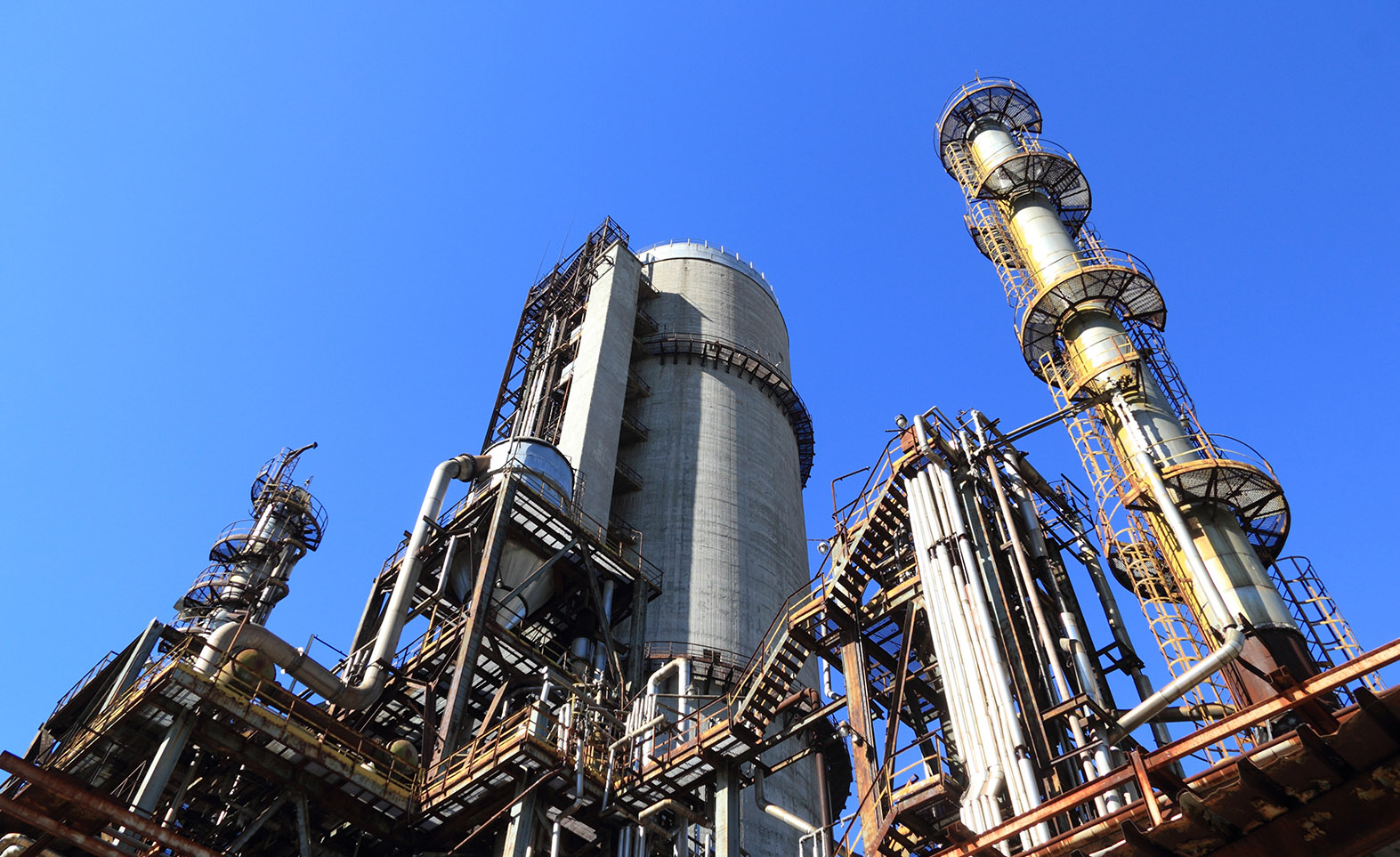 Energy plays a crucial role in the socio-economic development of a nation. This is particularly vital when the nation is located in a developing region such as Southeast Asia. Herein, driven by a steady expansion in consumer base owing to rapid urbanisation and improving affordability, India has emerged as the third largest consumer of crude oil and petroleum products in the world and the second largest refiner in Asia. Rising fuel demand and increasing application of petrochemical products has driven India’s state-run as well as private oil and gas companies to increase investment in raising their capacities in terms of upstream crude oil and natural gas production, along with pipeline, storage, refinery and processing volumes. State-run companies in the oil and gas exploration space in India include Oil and Natural Gas Corp Ltd (ONGC), Oil India Pvt Ltd and Indian Oil Corp Ltd, among others, while private players include Reliance Industries Ltd, Nayara Energy Ltd and Vedanta Resources Plc. In the refining and processing space, state-run players include Indian Oil, Bharat Petroleum Corp Ltd and Hindustan Petroleum Corp Ltd, while private players include  Reliance Industries, Nayara Energy and Vedanta Resources.

Insentifying activity in the sector has also attracted foreign oil and gas giants to set up operations in India, covering upstream exploration to downstream projects of fuel refining, processing and marketing. The Government has opened up oil and gas exploration, pipelines and marketing infrastructure, gasification plants and refining facilities to 100 per cent foreign direct investment (FDI). As rising demand warranted an increase in oil import in absence of large-scale upstream activities in the past, Government of India has focused on reducing the nation’s fuel import bill by encouraging increased oil and gas exploration in India. While India’s crude oil import rose by 3.3 per cent to 221 million tonnes during the financial year 2017-18, indigenous production remained nearly flat at 35.7 million tonnes. Nearly 83 per cent of the India’s oil consumption is currently imported and the Government is aiming to better balance this with local output. The labour intensive oil and gas sector has also put special focus on the use of the latest in technology and innovation, such as Artificial Intelligence, digitisation, robotics, Machine Learning, to boost quality and quality of products and services, thus aiding profit margin of investors.

India holds estimated oil and gas reserves of 28 trillion tonnes, out of which 60 per cent in yet to be harnessed. While India’s proven oil reserves stand at 635 million tonnes, proven natural gas deposits and estimated shale gas reserves are recorded at 54 trillion cu ft and 96 trillion cu ft, respectively. Earlier this month, an auction of 55 oil and gas exploration blocks by the Directorate General of Hydrocarbon, Indian Government’s upstream regulator, had received 110 bids, asserting investor confidence in the sector. The latest auction covered 46 onshore and nine offshore blocks spanning an area of about 60,000 sq km. The bidders included ONGC, India’s largest oil and gas producer, Oil India, Indian Oil, GAIL (India) Ltd and Bharat PetroResources Ltd. Among the private bidders, UK-based Vedanta Resources bid for all the blocks, with other private bidders including Hindustan Oil Exploration Co Ltd, Selan Exploration Technology Ltd and Sun Oil & Natural Gas. The Government aims to complete the asset allocation by June to expedite production. Since 2000, more than 250 blocks have been alloted to bidders.

Following the auction of 55 blocks under the Government’s Open Acreage Licensing Policy as well as another auction of 30 contracts under Discovered Small Fields (DSF) Bid Round-I concerning reserves of 45 million tonnes of oil equivalent, Government of India is now preparing to auction a fresh set of oil and gas fields with reserves in place of 195 million tonnes under DSF Bid Round-II. The bidding process will include 26 contracts – 15 onshore and 11 shallow offshore – covering 60 assets. The assets are estimated to produce up to 15,000 barrels per day of crude oil and 2 million cu meters per day of natural gas. The Government is keen on attracting foreign companies, especially those from the resources-rich Gulf region. The activities have been encouraged by the Government’s liberalised Hydrocarbon Exploration Licensing Policy (HELP) as well other provisions to ease regulations and boost competition in oil and gas market. As a result, in June 2017, UK’s BP Plc announced a partnership with India’s Reliance Industries to invest around US$6 billion to develop deepwater natural gas fields off the eastern coast of India.

India, where the current total annual refining and processing capacity is estimated at around 250 million tonnes, will need fresh investment of around US$300 billion over the coming ten years to double the annual capacity

Opportunities in fuel refining and petrochemical

Crude oil refining has seen steady rise in capacity across India driven by a host of new investments from both national and foreign players. India, where the current total annual refining and processing capacity is estimated at around 250 million tonnes, will need fresh investment of around US$300 billion over the coming ten years to double the annual capacity. The growth is aimed at catering to the rising demand of petroleum products, which is estimated to rise to 600 million tonnes by 2040. This will need annual capacity addition of 20 million tonnes. India is currently in the process of expanding refining and processing capability by over 140 million tonnes, while adding new volume of around 70 million tonnes. To stay ahead of the demand growth, India’s state-run oil sellers such as Indian Oil, Bharat Petroleum and Hindustan Petroleum as well as private entities such as Reliance Industries have sought to expand their pipeline, storage and refining capacities. Besides raising volume, Government of India has encouraged research and development in the downstream sector to drive new products and services innovation.

Backed by growing consumption, the refining and processing sector has attracted interests of global energy behemoths such as Saudi Arabian Oil Co (Saudi Aramco), Russia’s Rosneft PGSC, UK-based Royal Dutch Shell Plc and Vedanta Resources, among others. Additionally, other global giants oil such as France’s Total SA and UK’s BP have been looking to enter the Indian market with Indian partners, focussing on refining to oil and gas storage, pipeline and other infrastructure. Rosneft, Russia’s largest oil producer, entered India in August 2017 when along partners it bought Essar Oil, an Indian oil company, for US$12.9 billion. Meanwhile, in April 2018, Saudi Aramco said that it would acquire a 50 per cent stake in a US$44 billion integrated refinery and petrochemical project being planned in Maharashtra. When completed, it will be the world’s largest refinery complex. Abu Dhabi National Oil Company (ADNOC) has also announced that it would pick up a stake in the mega project. Last year, India also saw the acquisition of Cairn India, the Indian subsidiary of UK’s Cairn Energy Plc, by Vedanta Resources, a miner.

The three-phase exploration project by BP and Reliance in the resources-rich Krishna Godavari Basin is expected to bring a total of around 1 billion cu ft per day new gas production onstream over 2020-2022. The partnership comes at a time when India is trying to double its natural gas consumption by 2022 from current level of over 5 billion cu ft per day as part of a broader move to cleaner energy. Increasing activities in the upstream sector is also crucial for achieving the Indian Government’s target of reducing oil imports by 10 per cent by 2022. Meanwhile, the nation’s liquefied natural gas (LNG) sector has also attracted foreign interest with Japan pledging investment of US$10 billion. Investment into India’s oil and gas sector is not just driven by rising domestic consumption, but also by the fact that India has emerged as a leading manufacturing and refining destination for foreign markets. This has been aided by favourable provisions under the Government’s “Make in India” initiative. In the meantime, the “Skill India” programme has provided the necessary skilled workforce needed to support the oil and gas sector.

Along with a rise in foreign investment, the capital spending of India’s state-run oil companies rose by 22 per cent to US$19.2 billion during 2017-18. This budget was allocated to asset acquisitions as well as expansion and augmentation of production, transportation, storage, refining and distribution activities. To improve efficiency and profit margin, state-run companies have also sought to consolidate businesses such as the US$5.5 billion acquisition of a majority stake in Hindustan Petroleum by ONGC earlier this year. ONGC’s foreign unit, ONGC Videsh, along with other state-run companies have also recently acquired exploration assets in regions as diverse as Russia and the United Arab Emirates. Rising exploration activities across India has also offered opportunities for global oil and gas servicing giants such as Schlumberger Ltd, Halliburton and GE Oil & Gas. Going ahead, strong domestic demand, along with India’s rising potential as a petroleum and petrochemical exporter will drive investment growth in the industry. The reliability of Indian market amid global volatility will help in boosting investor interest.