Prime Minister Shri Narendra Modi has cited India’s Vibrant Demography as the strength of the world’s largest democracy, and a key source of energy for self-reliant India.

India is at ease with its differences which enables commerce and enterprises to function smoothly across state borders.

The nation has 23 official languages with almost a hundred more languages that have more than 10,000 speakers each.

About 80 per cent of the population is Hindu, with the rest following Islam, Christianity, Sikhism, Buddhism and other faiths.

The Government of India has put in place initiatives to train and re-skill its young workforce - soon to be the world’s biggest. 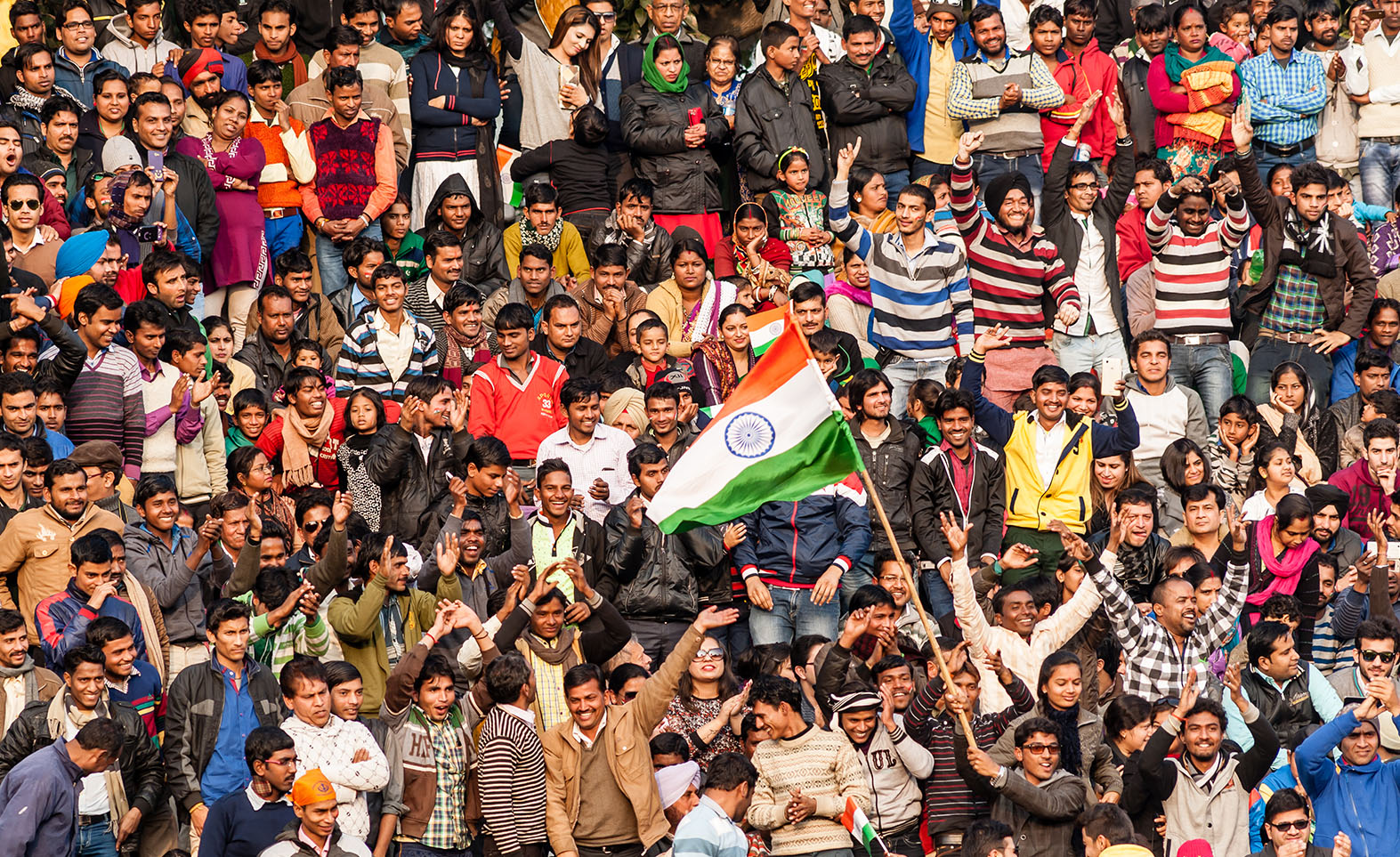 India is a land of rich diversities across areas such as languages, ethnicity, religion, culture, rural/urban lifestyles as well as social, economic and educational parameters. But the country comes together almost magically under a common identity. India is at ease with its differences which enables commerce and enterprise to work smoothly across state borders empowered by a national culture of acceptance and collaboration.

In a nationally televised address on May 12, 2020, the Prime Minister called for turning the pandemic crisis into an opportunity to build a self-reliant India, and cited India’s Vibrant Demography as the strength of the world’s largest democracy, and a key source of energy for self-reliant India.

India’s population of over 1.3 billion is spread across 29 States and seven Union Territories. The original organisation of the states was made on a linguistic basis and they vary quite significantly in terms of geography, socio-economic structure and culture. There are 22 officially recognised languages with nearly a hundred more languages that have more than 10,000 speakers each. The dialects, of course, are many more — well over a thousand. Despite this seeming melange of languages, English is well understood and commonly used across urban India. Most matters of government, judiciary, business and higher education are also conducted in English. Besides English, Hindi is a common language in most parts of northern and central India and spoken and understood in many parts of south India.

Historically, India has been a land where many different religions coexist peacefully with Hinduism being the major religion. About 80 per cent of the population is Hindu, with the rest following Islam, Christianity, Sikhism, Buddhism, Jainism, Zoroastrianism and other faiths. This has resulted in many distinct cultures and ethnicities, each with differing social traditions.

Since 2018, India’s working-age population has grown larger than the dependant population. This phase of “demographic dividend” is expected to last for 37 years, i.e. until 2055.

Youngest population in the world

In contrast to many advanced nations that are struggling with dwindling labour pool as a result of falling birth rates, India offers a vibrant young workforce. Based on average age, India is among the youngest countries in the world with an estimated 65 per cent of its population currently under 35 years of age. This gives India a huge demographic advantage and the Government of India has put in place initiatives to train and re-skill its workforce to handle newer technologies that are disrupting the job market. The Skill India programme, among the largest skill development programmes in the world, is partnering with industry leaders to create the workforce of the future.

Indians are spread out into distinct economic classes, with the Government has been trying to narrow the wealth gap. India has put in place social sector schemes to empower and enable the underprivileged groups.

Depending on the parameters used to characterise “middle class”, estimates of the size of India’s middle class range between 4% to almost 50% of total population. However, it is widely agreed that the middle class in India is growing, and it is no longer only an urban phenomenon, with rural India accounting for a significant share. Nearly 65 per cent of the Indian population lives in villages with the rest spread across urban towns and cities. Urban migration has been on the rise and the Government of India is working on expanding the existing urban centres, as well as creating new urban clusters with a strong technology base. However, the present COVID-19 pandemic has led to massive reverse migration, with immigrant workers in urban India returning to their origin due to lack of emplyment and livelihood.

Internet connectivity has also helped the rural community to be mainstreamed.  As per the latest report by the Internet & Mobile Association of India (IAMAI), rural India had 227 million active internet users, 10% more than urban India’s about 205 million, as of November 2019. With almost two-thirds of India’s population residing in rural India, this is expected to drive e-commerce given the rising purchasing power of the rural market.

Along with a large middle-class, India has a vast rural market and workforce that offers a range of skills ranging from manual to extremely specialised and knowledge-intensive. Resultantly, investors have found limitless opportunities for entrepreneurship and commerce. In addition, a colourful collage of religions, languages, and cultures makes India a vibrant nation that comes together for progress and growth.

The United Nations Population Fund (UNFPA) defines ‘demographic dividend’ as the growth potential that results from shifts in a population’s age structure from dependents (children aged 14 or below as well as people above 65 years of age) to working-age population (people between 15 and 64 years of age). Many Asian economies, notably Japan, China and South Korea, were in the past able to use this ‘demographic dividend’ to achieve rapid economic growth over long periods of time. However, population structure alone cannot drive growth, as there are many other factors that come into play. The UN agency states that countries can only harness the economic potential of the youth bulge if they are able to provide good health, quality education and decent employment to its entire population.

Since 2018, India’s working-age population has grown larger than the dependant population, and this is expected to last for 37 years, i.e. until 2055. The Government of India is determined to capitalise on this demographic dividend. In September 2019, Prime Minister Modi while speaking at the Global Business Forum in New York invited global investments into India, “When there is democracy, political stability, productive policy, independent judiciary, then there exists safety and security of investment. This growth is facilitated by India’s demographic dividend and young and talented people.”