India’s Circular Economy can reach US$ 45 billion by 2030: Report

By 2030, India’s potential lies in capturing a US$ 45 billion opportunity in the overall ecosystem, if the global circular economy reaches US $4.5 trillion

Indian companies across various sectors in the circular economy ecosystem have attracted investments totaling US$ 1.8 billion, over the last five years 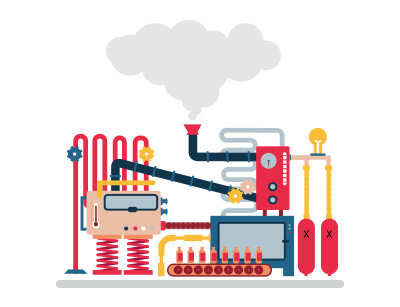 India’s circular economy could reach US$ 45 billion by 2030, according to a report from Kalaari Capital, a prominent venture capital fund. This is an opportunity for startups and newer businesses that are attaining a stage of maturity.

A circular-economy ecosystem follows the approach where existing resources are shared, leased, reused, repaired, refurbished, and recycled to be kept in the production loop for the longest period possible, to generate value. The goal of this system is to retain a maximum benefit from resources, objects, and materials in order to create an ecosystem that promotes longevity of output in a sustainable manner and reduces waste creation to the minimum.

In a market like India, where the supply of resources is challenged due to the country’s population, adoption and further endorsement of a circular economy is an essential prospect.

According to the report, adopting circular economy techniques in India may save over US$ 624 billion by 2050 across sectors such as food, agriculture, construction, mobility, fashion, and rare earth elements—which are predicted to be the most promising areas for integrating circular economy businesses.

In India, the adoption of a circular economy will have a direct financial impact. Individuals who follow this path will pay less for services than those who’ve adhered to the standard use-and-discard approach. More savings can encourage widespread adoption, particularly among India’s cost-conscious entrepreneurs.

The report also mentions that by 2030, India is predicted to be the world’s third-largest economy, and will account for around 8.5% of the global GDP. If the global circular economy touches US$ 4.5 trillion by 2030, then we’re looking at a US$ 45 billion opportunity provided India captures just 1% of this market, according to the report. If India’s share of the circular economy matches its 8.5% contribution to global GDP, the country will have a circular economy worth nearly US$ 380 billion.

This could also positively impact the environment by decreasing congestion and pollution levels.

Over the past five years, Indian companies across various sectors in the circular economy ecosystem have attracted investments totaling only US$ 1.8 billion and this needs to be ramped up, concluded the report.