The Government’s plan to build 84,000 km of new highways by 2022 involving an investment of around US$106 billion under the Bharatmala programme has attracted global institutional investors

The Indian Government has steadily raised budgetary allocation for infrastructure development since 2014. In fiscal 2018-19, the Government aims to invest over US$81 billion in infrastructure 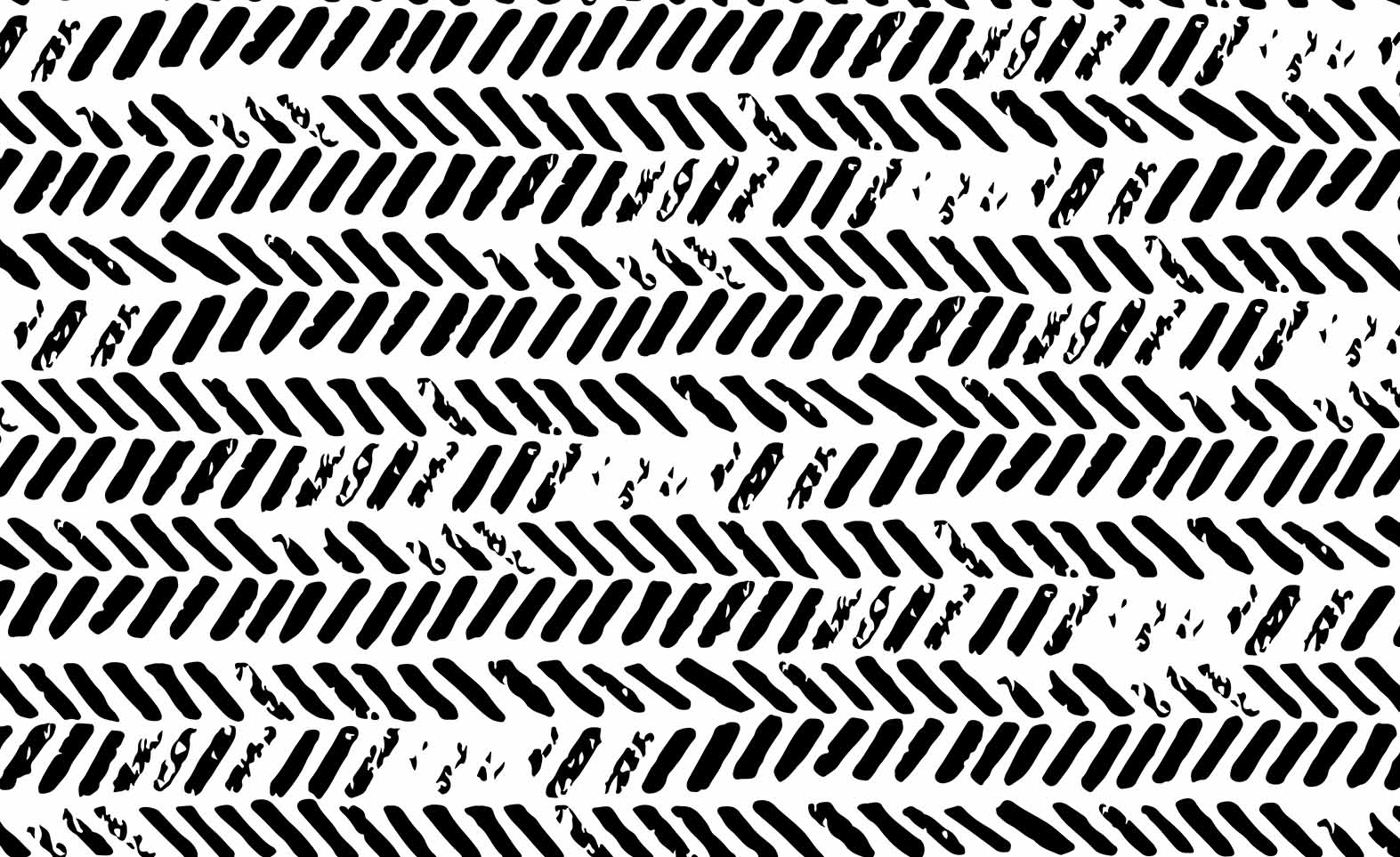 Development of a variety of roads across India, including 84,000 km of new highways by 2022, under the all-important Bharatmala road construction programme, has caught the attention of global pension funds, multilateral development banks, large private equity players and allied investors. Backed by strong financing, these entities are eager to participate in india’s economic growth for the longer haul. Herein, the National Highways Authority of India (NHAI) is at the centre of the Government’s ambitious plan to spend US$106 billion in the Bharatmala programme. The umbrella project, which was launched in July 2015, focuses on boosting the efficiency of national freight and passenger movement by bridging critical infrastructure gaps involving development and upgradation of 34,800 km of national highways.

Considering the huge economic growth that improved road connectivity will help usher in India, both the Asian Infrastructure Investment Bank (AIIB) and the Islamic Development Bank Group (IDBG) have evinced interest in participating in the project. Such interests bode well with the investments required in India’s infrastructure sector as a whole and the road network in particular. IDBG, especially, is keen on exploring joint opportunities with other multinational development banks to invest in the infrastructure sector, a recent report by Livemint said quoting the group’s president, Bandar M H Hajjar. Meanwhile, the Indian Government has steadily raised budgetary allocation for infrastructure development since 2014. In fiscal 2018-19, the Government aims to invest more than US$81 billion in infrastructure.

In September this year, China-based AIIB approved a US$455-million loan for Andhra Pradesh to fund a 6,000-km road project to connect the state’s rural areas. The loan came close on the heels of the US$140 million that AIIB sanctioned for Madhya Pradesh to boost rural connectivity earlier this year. This road project was jointly financed by the World Bank. Once completed, these roads are expected to improve mobility and provide better access to income opportunities, education and markets. In a separate project, the Philippines-based Asian Development Bank (ADB) granted a US$110-million loan in October 2018 to finance upgradation of 2,800 km of all-weather rural roads in Madhya Pradesh under Prime Minister’s rural roads programme, also known as the Pradhan Mantri Gram Sadak Yojana (PMGSY).

The loan was a part of the US$500 million Second Rural Connectivity Investment Programme for India approved by the ADB Board in December 2017, which seeks to improve 12,000 km of rural roads across the states of Assam, Chhattisgarh, Madhya Pradesh, Odisha and West Bengal. An earlier tranche of US$250 million is currently under implementation, upgrading over 6,000 km of rural roads. In October, ADB also approved US$150 Million loan to finance improvements to road connectivity and efficiency of the International Trade Corridor in West Bengal and Northeastern region of lndia. The tranche two loan deal under US$500 million South Asia Subregional Economic Cooperation Road Connectivity Investment Program aims to expand about 500 kilometers of roads in lndia’s North Bengal and Northeast that will enable efficient and safe transport within lndia and regionally with other SASEC member countries.

Institutions apart, India has been attracting funds through market borrowings and masala bonds besides monetizing its road assets and opening the sector to foreign direct investment (FDI). This is evident from the fact that Australia-based Macquarie Infrastructure and Real Assets’ second pan-Asian infrastructure fund, Macquarie Asia Infrastructure Fund 2 (MAIF 2), in association with Ashoka Buildcon, has bagged contract for the first bundle of nine highway stretches measuring 680 km in Andhra Pradesh and Gujarat. The highways auction, which was held under the TOT (toll-operate-transfer) model, fetched NHAI nearly US$1.5 billion. The model allows the private developer to collect toll and operate the road for 30 years after which it would transfer the rights. The NHAI has now invited bids for a second bundle of 586 km across the states of Rajasthan, Gujarat, Bihar and West Bengal, comprising eight national highways.

Institutional investors apart, India has been attracting funds through market borrowings and masala bonds besides monetizing its road assets and opening the sector to foreign direct investment (FDI)

Significantly, NHAI has identified 75 national highways for awarding contracts through TOT. Under this model, NHAI puts operational assets on auction. The highest bidder has to deposit the amount upfront with the public sector developer which uses it to build highways. The bidder, on its part, acquires the right to operate and maintain selected highways by collecting toll. The Government’s push in the road sector has also led to Canada Pension Plan Investment Board (CPPIB) and Allianz Capital Partners (ACP) acting as anchor investors in India’s first private infrastructure investment trust, namely, IndInfravit Trust, which is sponsored by L&T Infrastructure Development Projects Ltd (L&T IDPL). Under this, CPPIB’s investment of C$200 million fetched it 30 per cent of IndInfravit units with ACP and L&T IDPL accounting for 25 and 15 per cent, respectively. The remaining units were subscribed by other institutional investors.

The IndInfravit Trust initially acquired five toll roads constructed by L&T IDPL in the state of Karnataka, Telangana, Tamil Nadu and Rajasthan, that have been operating for about five years now. The transfer of the roads has set in motion a sustainable format to develop and monetize infrastructure assets in a seamless manner. Earlier, Singapore-based Cube Highways and Infrastructure Pvt Ltd had entered into an agreement with Hyderabad-based IVRCL Infrastructure and Projects to acquire Salem Tollways Ltd (STL) and Kumarapalayam Tollways Ltd (KTL), as well as its subsidiaries. The roads come with toll provision for 20 years and were awarded after competitive bidding in 2005 for strengthening and widening two-lane highways to four-lane configuration. This has opened up new investment opportunities in the space.

A new high in development

NHAI has also made a successful bid to raise resources through the rupee denominated masala bonds, the first of which was floated last year in the London Stock Exchange. Masala (meaning spices) bonds are bonds issued overseas by an Indian entity but denominated in Indian Rupees, rather than the local currency. The Reserve Bank of India, the nation’s central bank, had cleared issuance of such bonds in September last year. In another initiative, NHAI is launching seven greenfield projects under Bharatmala, through new alignments that expected to cost 40 to 60 per cent less when compared to the brownfield projects. This has become possible owing to competitive participation in the road building. Meanwhile, NHAI in 2017-18 launched 150 road projects covering 7,400 km and worth US$18.5 billion – record high.

According to a recent report by credit rating firm ICRA Ltd, awarding of contracts by both NHAI and the Ministry of Road Transport and Highways recorded a CAGR of 47 per cent between 2014 and 2018. The same report said that execution of road contracts recorded a CAGR of 23 per cent to touch 27 km per day in 2017-18. NHAI has also started awarding contracts through the new hybrid annuity model (HAM), in which the Government steps in with two-fifths of the project cost, reducing the risk for the developer. Introduced in 2015, HAM has seen faster financial closures of projects. However, the biggest push came through the elimination of bottlenecks including land acquisition. With proactive initiatives to encourage investors, the road development sector is expecting to see heightened activity in the years to come.