India’s over the top (OTT) video streaming market is estimated to be growing at a CAGR of 22.6 per cent; Rising viewership has led to numerous foreign and Indian private players scrambling for a share of the market

Feeding on India’s appetite for entertainment, the OTT market will become the 10th largest in the world in terms of revenue by 2022, reaching US$800 million, from around US$288.4 million in 2017

This rising popularity of OTT content in India has primarily been driven by the nation’s fast-growing internet user base, which stood at around 500 million in June 2018, and will grow to 700 million in 2020

OTT players are heavily investing in creating original programmes in Hindi and other Indian regional languages; Up to 500 million has been set aside by OTT players for original content production 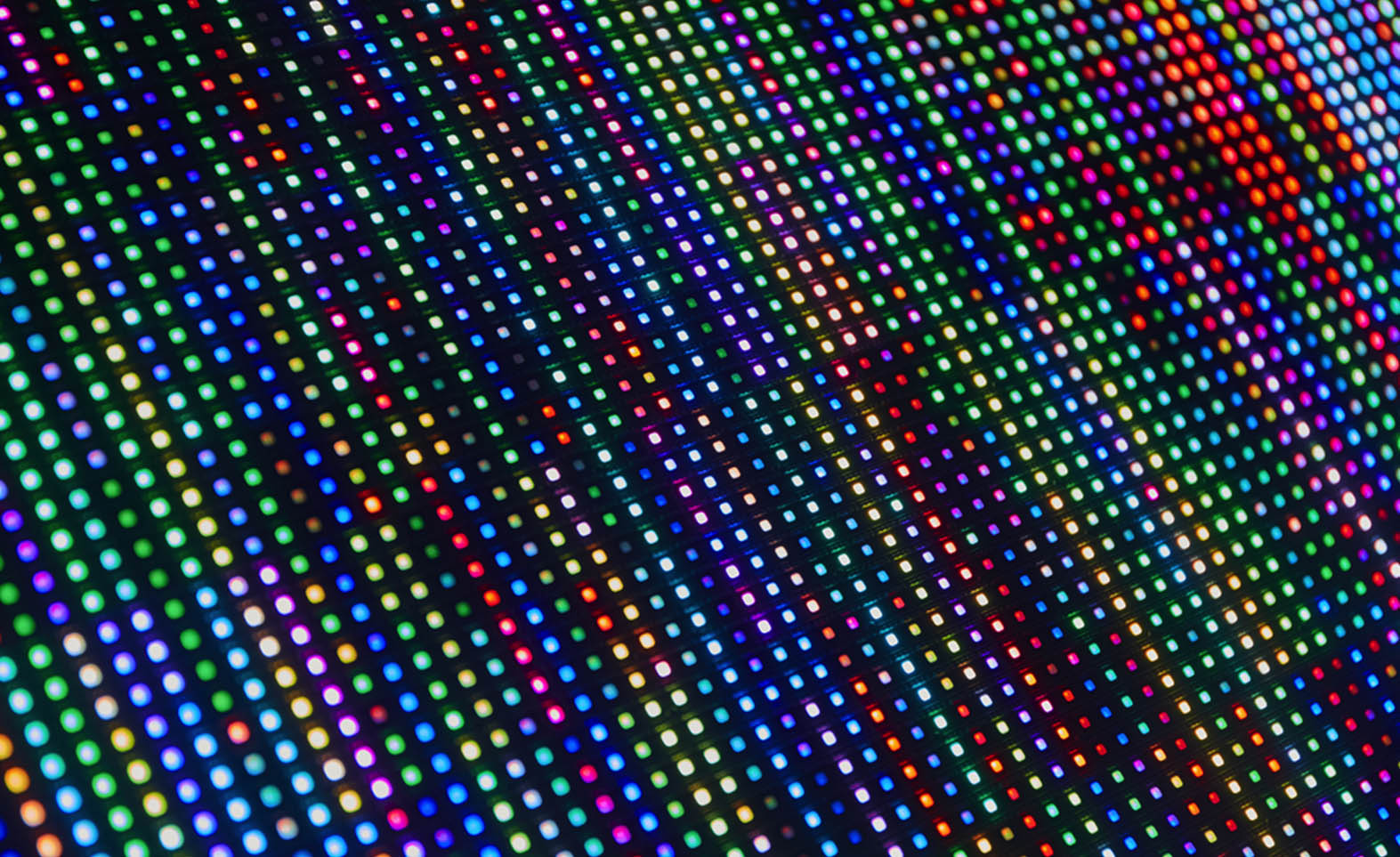 In July 2018, Netflix Inc, a global Internet entertainment company, streamed an original Hindi mob drama series, ’Sacred Games’, on its platform. This riveting series set a record when it went live in 190 countries to 117 million subscribers and was reviewed in newspapers from The Guardian to The New York Times. No Indian television (TV) show or film has reported such strong reception from a global audience so far, not to mention bagging critical acclaim as well as financial success.

Netflix, which debuted in India in 2016, had started with its global originals such as ‘The Crown’, ‘House of Cards’, ‘Narcos’, ‘Stranger Things’, among others. However, in sync with the demands of the Indian market, the multi-billion dollar behemoth has since released an original horror series, ‘Ghoul’, entirely curated in India, and has seven more original series in the pipeline. The platform even produced ‘Lust Stories’, an anthology of four films made by four leading Bollywood directors.

Not to be outdone, Amazon Prime Video, run by online retail giant Amazon.com Inc, has booked 17 original series for Indian viewers, such as a gangster series, ‘Mirzapur’, two drama series ‘Breathe’ and ‘Inside Edge’. The platform has tied up with a number of Indian and international studios as well, such as Yash Raj Films, Dharma Productions, T-Series, and Warner Bros. Entertainment, Paramount Pictures, CBS to release popular movies and TV shows exclusively on Amazon Prime Video.

According to a Reuters report in July 2018, Alphabet Inc’s YouTube is slated to be the next big entrant in India’s fast-growing video-on-demand streaming market, also known as the over-the-top (OTT) market. OTT content refers to audio, video and other media content delivered over the Internet directly to viewers without the need of a multiple-system operator (MSO) that act as controller or distributer of the content. Youtube is planning original content for its paid subscription platform.

These video streaming services bring together an attractive package of popular foreign shows along with movies and programmes in local languages, global sporting events and even ecommerce deals. Walmart Inc, which recently acquired Indian ecommerce company Flipkart, is reportedly considering entering this segment as well. This rising popularity of OTT content in India has primarily been driven by the nation’s fast-growing internet user base, which stood at around 500 million in June 2018.

India’s internet user base is expected to grow to 700 million in 2020. The simplicity in delivery of OTT content has further encouraged investments in the space. For the past two years, global players have been making inroads into India’s OTT market bolstered by expanding subscriber and revenue base. Feeding on India’s appetite for entertainment, the OTT market will emerge as the 10th largest in the world in terms of revenue by 2022, reaching US$800 million, from around US$288.4 million in 2017.

A key driving force behind the OTT boom has been the rapidly evolving digital infrastructure in India. Indians are consuming entertainment content through their mobile devices and this has been made possible with improving mobile Internet access and faster Internet speed. Additionally, availability of competitively-priced smartphones with industry-leading features have further driven consumption of content from mobile devices. Meanwhile, prices of high-speed internet have also dropped.

Here are some figures to drive home this point. As per a joint report by FICCI-EY in March 2018, high-speed broadband penetration in India is expected to breach 53 per cent by 2020, while data consumption has shot up to an average of 3.9 GB per month and is expected to increase to 18 GB by 2023. The growth in connectivity has positively impacted Internet user numbers in the country, which is expected to multiply to 829 million in 2021. The rate of growth will only pick up going ahead.

Nearly 35 OTT platforms, local and international, are operating in India right now. They are run by companies from across the media ecosystem, including broadcasters, DTH operators, film production houses, telecoms companies as well as content startups. These platforms work as applications that can be downloaded on internet devices. They also sign licensing deals with local players to expand content library since most OTT consumers in India prefer to consume content in their own language.

Market leader Hotstar, a digital entertainment platform of Star India and backed by Twenty-First Century Fox, has 150 million monthly active users and 350 million downloads since its launch in 2015. Their bouquet of TV shows and movies in 18 languages (some free) and exclusive streaming of Indian Premier League cricket matches as well as HBO’s Game of Thrones have majorly attracted consumers. Hotstar, like its peers, is available web, Android, iOS and Apple TV platforms.

These platforms largely work on a subscription model. While Netflix has stuck to its global strategy of a subscription model, it competes with the likes of Hotstar which pursues a hybrid revenue path. Hotstar earns through subscription as well as advertisements with majority of its revenue coming from the latter. It monetizes new and exclusive content by categorizing them as premium with access given to only paying members. A large portion of its catalog however is free with advertisements.

The subscription charges of these platforms are competitive, for example, Amazon charges around US$14 per year (its annual charges in USA are US$119). In India, Amazon Prime membership also includes access to Prime Music and faster delivery on Amazon purchases. Hotstar’s yearly fee is also around US$14, while Netflix, which has fewer than 1 million subscribers in India charges around US$85 per year. In the USA, Netflix charges US$96 for basic and US$144 for premium account.

Investments in the Sector

As online streaming grows bigger, the opportunity and potential to tell stories of and for the billion plus people in India is limitless. According to a 2018 Deloitte report, OTT players are heavily investing in creating and distributing original programmes in Hindi and other Indian regional languages since consumers are ready to spend on watching original content, and in local languages. The report states that US$400-500 million has been set aside by OTT players especially for original content production.

Content production companies such as Applause Entertainment (promoted by Aditya Birla Group chairman Kumar Mangalam Birla) have emerged to create quality OTT content. Maintaining quality standard has become important as consumers are now exposed to international content. A quality digital original can cost between US$290,000 to US$860,000 for one episode, although there may be outliers at US$1.4 million plus too. Funding from a variety of sources have helped maintain quality.

According to a Reuters report, Star India has injected US$192 million in its digital content arm—Novi Digital Entertainment last year. Novi Digital runs the video platform Hotstar and Starsports.com.  The Economist, citing a Goldman Sachs assessment, estimated that in 2018 Netflix will spend US$12-13 billion on content worldwide, with 85 per cent of new spending earmarked for original series and movies. These are very early days in this space and industry experts claim they have not even begun scratching the surface of the creative universe of original series in India.

Today, OTT operators have shifted their focus from urban youth to mass market and have devised strategies to optimize content delivery and quality. Meanwhile, global sports programmes have emerged as a huge draw going by the fact that Hotstar exclusively streamed IPL matches this year, which led to a record 50 million views. SonyLIV scored big with 70 million views during the FIFA World Cup too. It is these numbers and the opportunities they presents that have caught the interest of global internet companies with heavy capital to invest. And, with local companies pulling out the stops to attract viewers as well, the competition in this sector is all set to get fierce in the near future.