Indian Govt aims to position Khadi as a global brand

Previously, there have been instances of misuse of the Khadi brand name internationally. In such cases, the Government of India had intervened and taken active steps to prevent misuse of the brand name

The Ministry of Micro, Small and Medium Enterprises (MSME) aims at international exposure for Khadi, more export and global footprint

Production of Khadi products has gone up by over 133 per cent in the past four years, Khadi is also sashaying up the global ramp 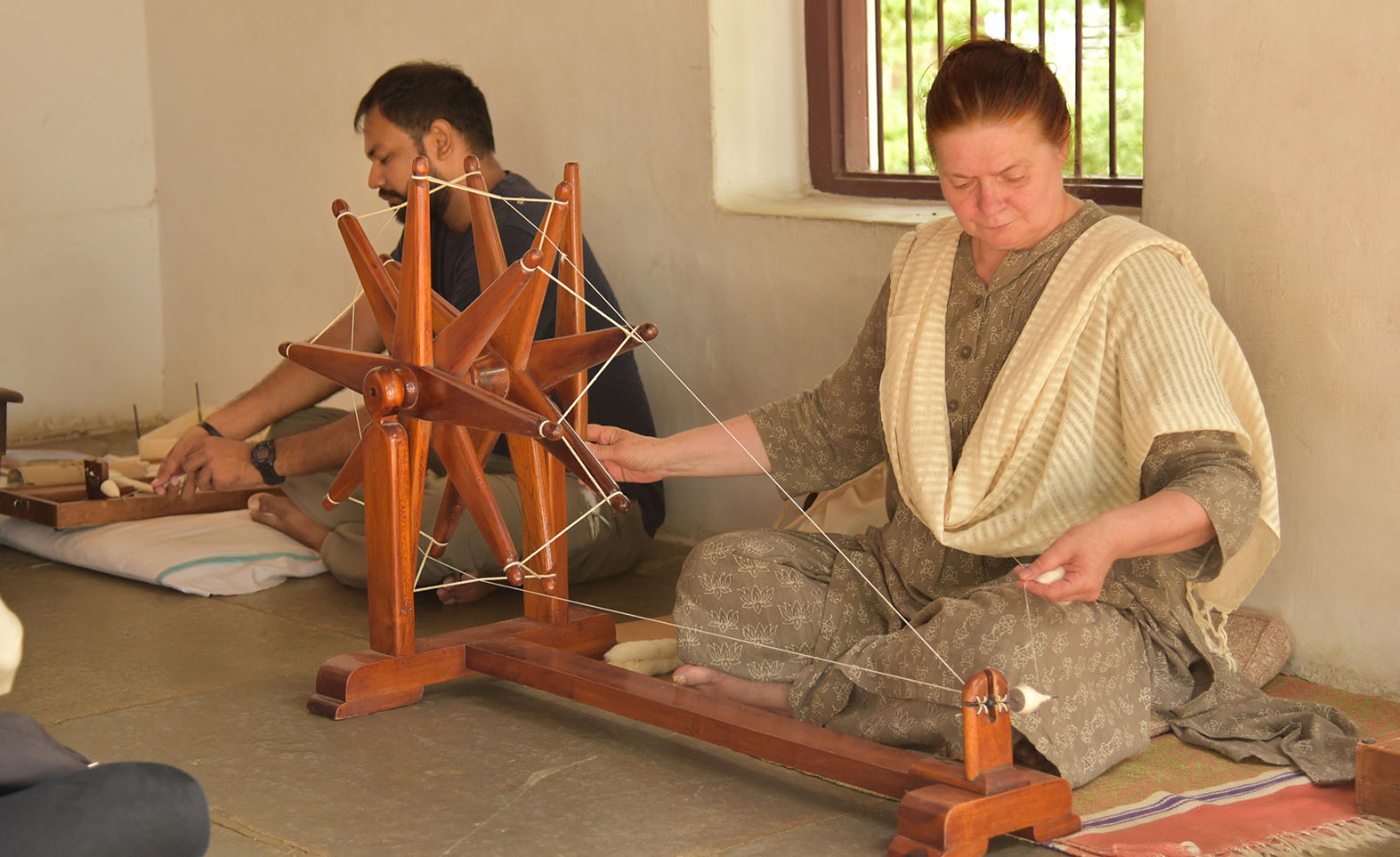 Government of India is planning to promote Khadi internationally and position it as an “Indian brand.” Under the leadership of the Commerce Ministry, top government officials from several departments have come together to chalk out a strategy for promoting Khadi as an exclusive Indian brand. The aim is to use institutional mechanisms to boost exports of products made from indigenous, hand-spun Khadi. Branding Khadi as an Indian product entitles only the Khadi and Village Industries Commission (KVIC) to promote it and brings it under the administrative purview of the Ministry of Micro, Small and Medium Enterprises (MSME).

Previously, there have been instances of misuse of the Khadi brand name internationally. In such cases, the Government of India had intervened and taken active steps to prevent misuse of the brand name. To ensure the genuineness of Khadi, “Khadi Mark”, has been notified by the government for Khadi to enter international markets and it has already obtained registration under the trademark in five countries – Germany, the UK, Australia, Russia and China. Driven by promotional measures, the export of handloom products from India rose to US$355.9 million during 2017-18, with the US, the UK, Spain, Italy, France being the biggest market.

Within the domestic market, the KVIC is working towards positioning niche khadi products in “premium and super-premium” segment to bring about a pro-khadi mindset among millennials and young adults.

Meanwhile, the Scheme of Fund for Regeneration of Traditional Industries (SFURTI) – a cluster-based scheme by the Central Government is looking to support rural handloom and coir clusters with improved equipment, common facilities centres, business development services, as well as design and marketing expertise to boost Khadi production in the country.

A total of 34,791 artisans have benefitted with the assistance of over US$20 million in 2018-19. The capital cost of Khadi is considerably lower than that of most small scale industries. The sale of Indian Khadi items is estimated to cross US$776.3 million during fiscal 2018-19 and with the government’s active support, the number is expected to rise in the years to come.