A host of Indian multinational companies have signed as many as 66 new agreements that are expected to create more than 5,000 jobs in Canada

During his first official visit the Canadian PM met india’s leading women business leaders, attended a special event held by the Canada-India Business Forum, besides another event with members of the Indian film industry.

Both the sides discussed the scope of investment for Canadian firms in India’s growing economy; Canada’s cash-rich pension funds such as the Canada Pension Plan Investment Board have already invested in Indian infra projects.

India and Canada have agreed to strengthen bilateral security partnership at both global and regional levels, along with boosting energy cooperation including stronger collaboration in nuclear energy and science and technology. 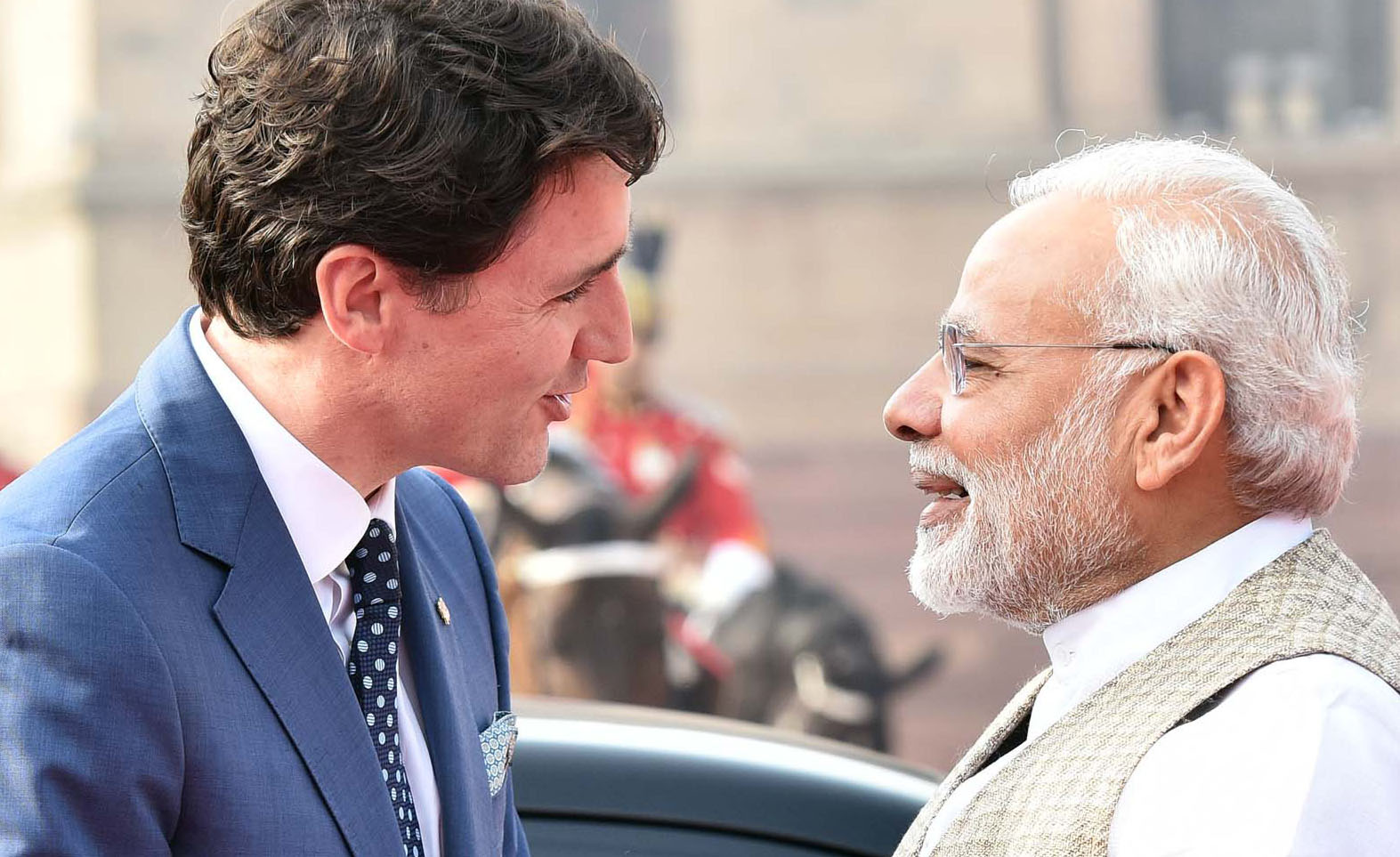 Both the sides also discussed the scope of investment for Canadian companies in India, led by Canada’s cash-rich pension funds such as the Canada Pension Plan Investment Board. During his stay PM Trudeau attended an event held by the Canada-India Business Forum, besides another event with members of the Indian film industry. The growing bilateral engagements come on the background of Canada being home to over 1.3 million Persons of Indian Origin (PIO) who comprise more than 3 per cent of its population. Bilateral trade between the nations were recorded at US$6.1 billion over the financial year 2016-17, this is estimated to have risen to more than US$8 billion in the current financial year. Partnerships have covered fields of education, transport, infrastructure, science and technology.

Indian investment in Canada was recorded at around US$2.2 billion in 2016, while Canadian investment in India was reported to be about US$924 million. Indian companies have invested especially in the IT, software, steel and natural resources sectors. Substantial operations in Canada include Aditya Birla Group, Tata Steel Minerals Canada, Tech Mahindra, Infosys Technology and State Bank of India.

During PM Trudeau’s visit, India and Canada agreed to strengthen bilateral security partnership at both global and regional levels, along with improved energy cooperation.During his welcome address for the Canadian PM, Indian Prime Minister Shri Narendra Modi said that both the Governments have finalised the Framework for Cooperation on Countering Terrorism and Violent Extremism. PM Modi added that both sides also have reviewed plans to further deepen bilateral economic relations. India’s steady economic growth and economic reforms provide ample opportunities to foreign investors, resultantly Canada’s pension fund has continued to be a partner in India’s infrastructure development. The countries are also drafting an institutional mechanism for improved trade and investment partnership.