Almost 90 per cent of Indian imports from Switzerland comprise of gold, precious stones and other jewellery items 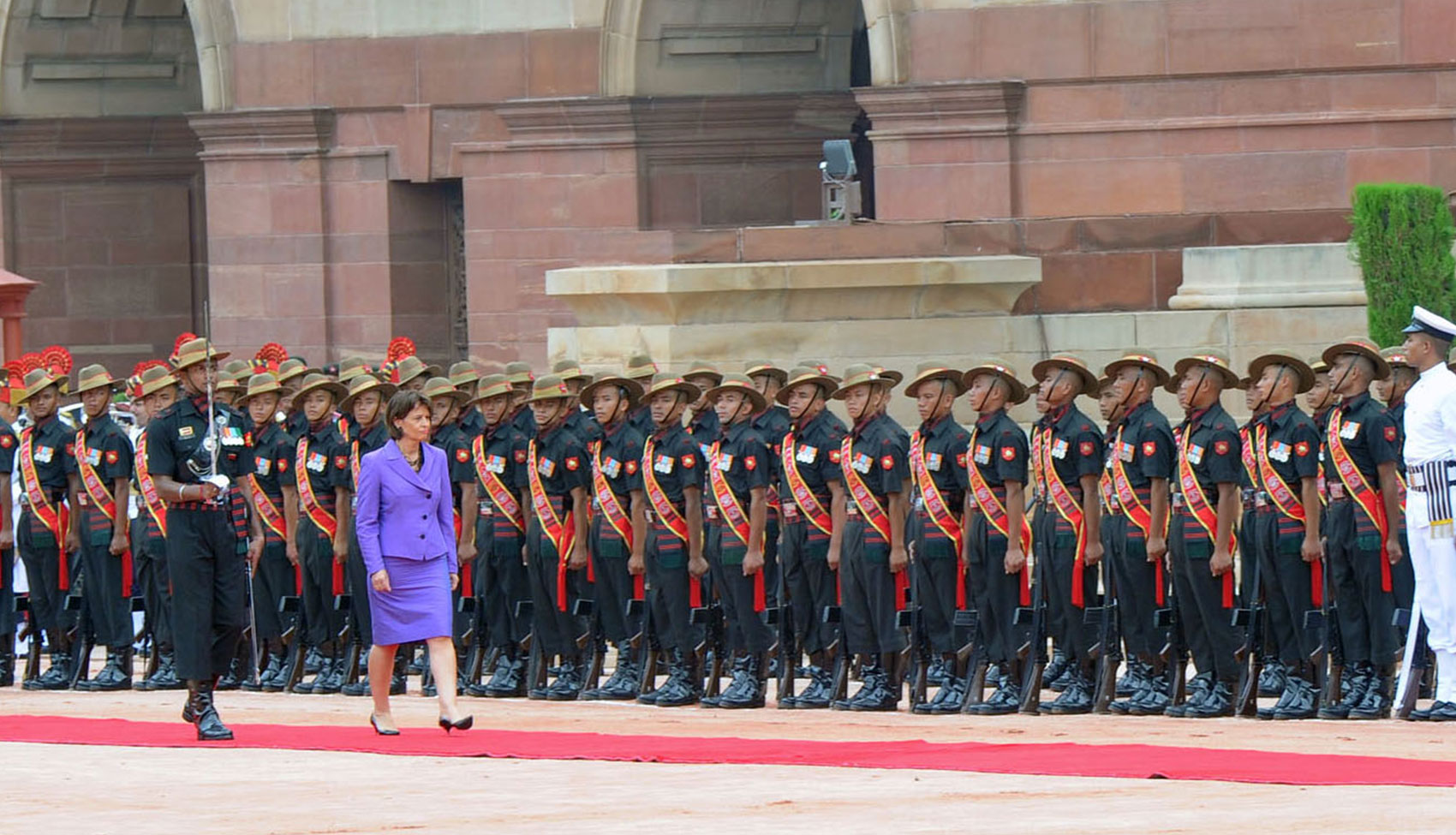 The President of Switzerland Doris Leuthard will not just launch the celebrations of 70 years of friendship with India but will also make a concerted bid to improve bilateral trade and economic cooperation during her visit.

India and Switzerland have long shared a close relationship based on bilateral cooperation in different fields for decades. For Switzerland, India is a “priority” country, a country they hold in “great esteem”, an “emerging economic power and the world’s largest democracy.

One of the key highlights of the Swiss Confederation President Doris Leuthard three day visit to India on August 31, will be to commemorate the historic Treaty of Friendship signed between the two countries back in 1948. She will in fact participate in the official launch of an event series titled, “70 years of Swiss-Indian Friendship: Connecting Minds—Inspiring the Future,” to mark the anniversary of this friendship.
This will set the tone for the wide-ranging talks on bilateral, global and regional issues of mutual interest to be held between the countries. Switzerland is keen to leverage this old friendship and participate in India’s growth story made more sharper in the last couple of years due to the implementation of a bunch of bold reforms aimed at attracting foreign direct investment.

India, which has always looked at its 11th largest investor for their innovative technologies and hi-tech products in engineering, pharmaceuticals, textiles etc, seek investments in upgrading its infrastructure like railways, to build their metro trains in 50 cities and to construct solar energy plants. India wants to enhance its share of renewable sources from 13 per cent to 40 per cent of its energy mix by 2030, and Switzerland is all buoyed up about contributing know-how in these fields to India. A number of joint projects are already underway between the two countries, one being CapaCITIES, in which Switzerland is helping municipal authorities in India to reduce greenhouse emissions.

The Swiss President’s agenda meanwhile will be to drive forward the stalled negotiations for a trade and economic agreement between the European Free Trade Association (EFTA) countries –Iceland, Liechtenstein and Norway – and India, which will improve mutual market access and eliminate trade barriers between these countries. As India continues to strengthen its trade facilitation measures, inter alia, with various member countries of the OECD, an early conclusion of the EFTA-India’s Trade and Economic Partnership Agreement would help Swiss companies to remain at a level-playing field in India.

The Swiss President is also coming to India eyeing newer areas of economic tie-ups in vocational education and training, and digitisation too. India, however, continues to remain a major provider of software and other IT enabled services to Switzerland to the tune of USD 2 billion annually. Pertinently, India’s IT majors like TCS, Infosys, Mahindra Satyam, Wipro, who are facing the heat in USA, have all set up offices in Switzerland providing services to major Swiss pharma companies, banks and insurance firms.

The President visits India also in the backdrop of the Switzerland government’s backing of India’s fight against black money and tax evasion. After a lot of hectic lobbying, Switzerland had signed the Agreement of Automatic Exchange of Information (AEOI) with India, which importantly provides information on bank accounts in Swiss banks from 2018. The battle against black money is one of the key priorities of this government and the agreement is a plus point in the hands of the Swiss President.

Trade between the two countries has been robust except for fall-outs due to the global economic slowdown. However, Switzerland remains a major trading partner with the total bilateral trade including merchandise exports, bullion and IT services and software exports, amounting to US$ 18.2 billion in 2016-17.

While India’s share of the Swiss import basket is a miniscule 0.35 per cent, Indian imports from Switzerland constitute a larger 4.5 per cent of the total Indian imports. The imbalance mainly arises out of export of bullion and precious metals to India of about US$ 15 billion a year.

Swiss exports to India have declined in recent years due to adverse currency rate movements and slowdown in Swiss economy but India’s exports to Switzerland are growing especially in textiles and services.

Investing in India and Switzerland

On foreign direct investments, Switzerland has been actively involved in India and remains one of the top investors. According to the Swiss National Bank data, Swiss companies made investments worth US$ 7.93 billion in India during 2006-2015.

On the other hand, corporate India is also increasingly becoming more active in international markets. Key factors which make Switzerland attractive for Indian investors are its geo-strategic location in the centre of Europe, political and economic stability, modern infrastructure, the strong financial centre, the liberal labour market, strong industry and technology clusters.

Currently, more than 100 Indian companies have their presence in Switzerland. Several large Indian companies, e.g. Tata (with several subsidiaries), Mahindra & Mahindra, Dr. Reddy, Infosys, Wipro, HCL, Wockhardt and Glenmark have made investment in sectors such as life sciences and ICT. In India, Swiss companies like Nestle, Novartis, ABB, are all household names.

With Switzerland and India seemingly attaching a lot of importance to further boost their economic and trade connections to mutual benefit, the future looks promising for the two democracies who share a legacy.

Bollywood has singularly made a huge contribution to promoting Switzerland as a tourist destination. Tourist traffic from India to the scenic Swiss nation has grown over the years, making India an important market for tourism. As a tribute to Yash Chopra, a statue of the director was unveiled in Interlaken.

The Swiss Arts Council Pro Helvetia New Delhi, a foundation which supports and disseminates Swiss arts and culture in south Asia, are involved in cultural exchange programmes, developing co-productions and supporting residencies.
Treaty signed between the two countries in 1948