Raksha Mantri Shri Rajnath Singh has called upon the Russian defence industry to jointly manufacture defence platforms and equipment with India, providing both nations with a significant boost to their exports to third party countries

For improved collaboration, Russian manufacturers have been invited to participate in DefExpo 2020, in Lucknow, Uttar Pradesh 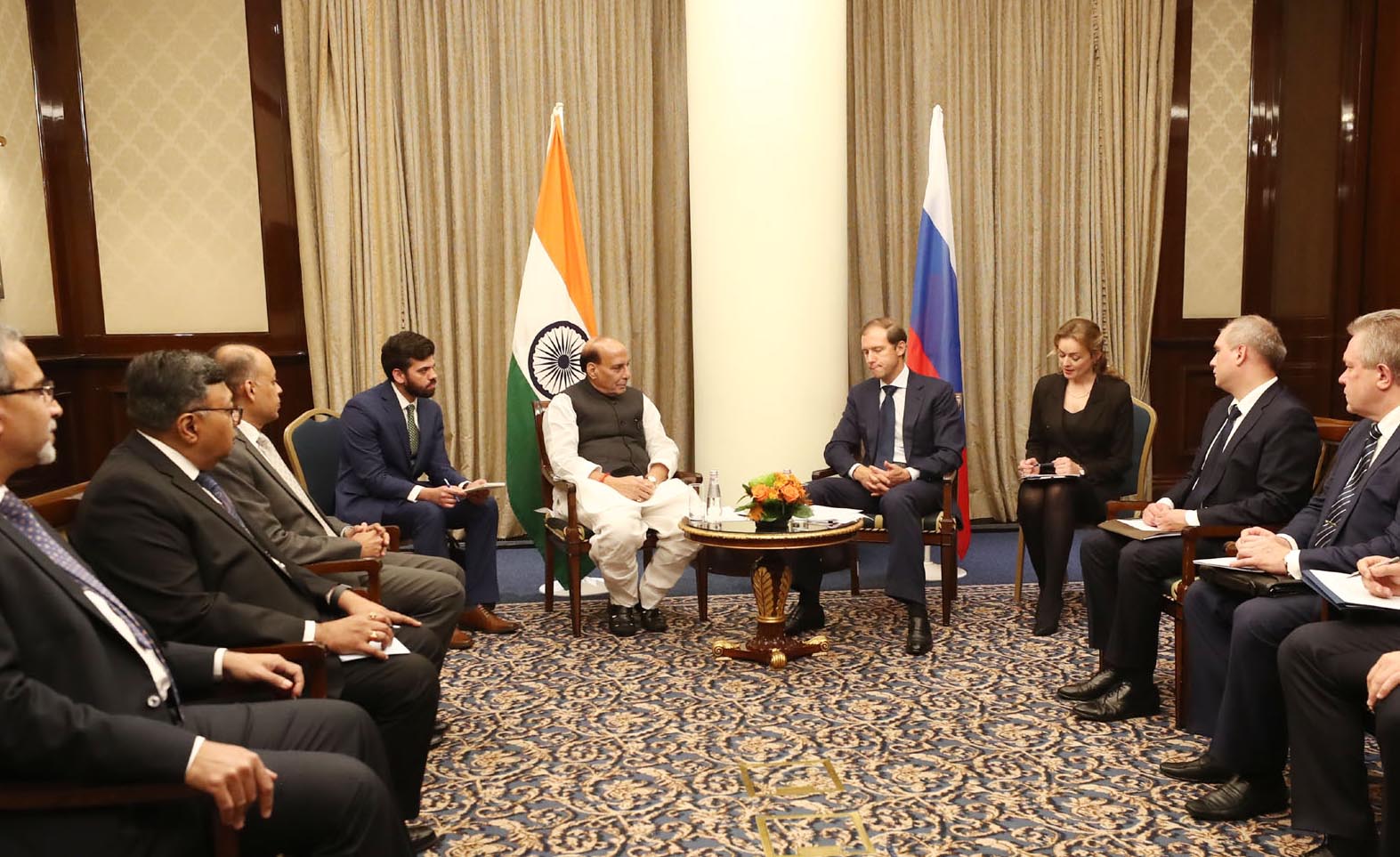 Raksha Mantri Shri Rajnath Singh has called upon the defence industry of Russia to jointly manufacture defence platforms and equipment with India, providing both nations with a significant boost to their exports to third party countries. Following the joint inauguration of the ‘India-Russia Defence Industry Cooperation Conference’ with Russian Minister of Industry and Trade, Denis Manturov, on November 5, Shri Singh addressed the CEOs of Original Equipment Manufacturers (OEMs) for the defence industry in Moscow, Russia.

Raksha Mantri stated that the Government of India encourages Russian OEMs to partner with Indian entities, utilising the many economic reforms initiated under the leadership of Prime Minister Shri Narendra Modi, according to an official Ministry of Defence release. He explained how the ‘Make in India’ initiative improves the ease of doing business for industry leaders, while also encouraging foreign participation in the defence manufacturing sector.

The 20th India-Russia Annual Summit at Vladivostok held on September 4, saw the signing of the Intergovernmental Agreement (IGA) on Mutual Cooperation in Joint Manufacturing of Spares, Components, Aggregates and other material related to Russian or Soviet Origin Arms and Defence Equipment between India and Russia. The IGA establishes a framework for collaboration between the Indian industry and Russian OEMs on the manufacturing of spares in India. Under the IGA in India, manufacturing will lead to a reduction in costs and supply timelines

Shri Singh expressed confidence that manufacturing under the IGA in India will help lower costs, reduce supply timelines, and improve the indigenisation of spares.

India-Russia collaboration on defence manufacturing will benefit both countries, greatly improving their exports to third party countries. On November 6, Raksha Mantri met with the Defence Minister of Russia, General Sergei Shoigu, to discuss the steps required in facilitating cooperation between Russian OEMs and the Indian industry. Additionally, he invited the Russian manufacturers to be part of DefExpo 2020, held in Lucknow, India between February 5-8, 2020.