Building on Indian core strengths and the confidence generated by the Government's measures, total FDI inflow into India had jumped by 18 per cent during 2019-20 to reach US$73.5 billion

An extensive set of reform and relief measures are being enforced as part of a Rs.21 trillion (US$280 billion) stimulus package that will help boost growth in post-Coronavirus India

These and future foriegn investments will not just help India return to its growth trajectory, but deliver sustainable growth and create opportunities in the post-COVID-19 global economy 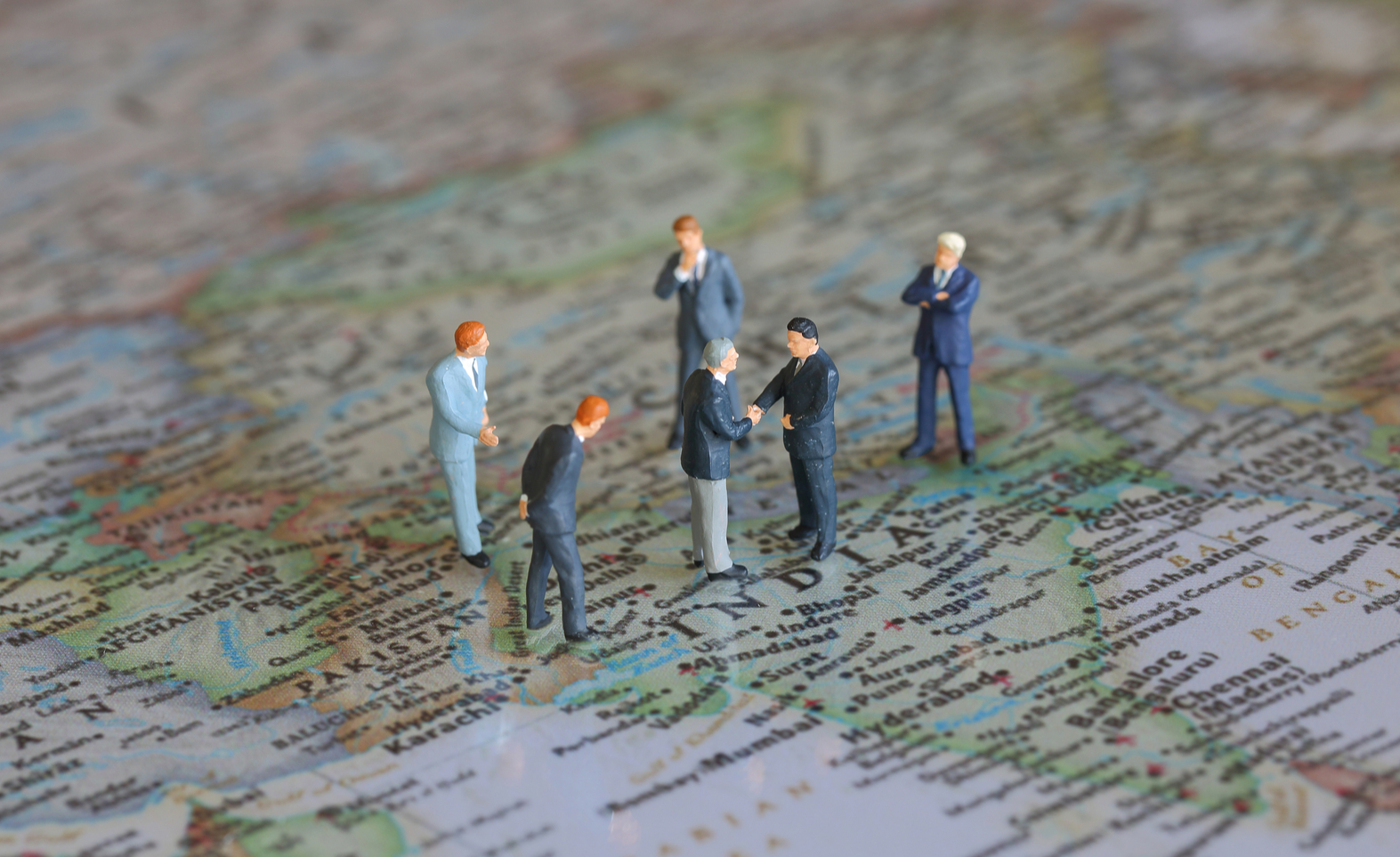 The Government of India has taken active measures to ensure the economy’s return to the pre-COVID-19 growth trajectory. The Government in May introduced a stimulus package worth nearly Rs.21 trillion (US$280 billion), equivalent to around 10 per cent of GDP, to aid the people worst hit by the pandemic and open up new avenues of trade, investment, and employment in the economy. An extensive set of reform and relief measures are being enforced as part of the stimulus package that will help boost equitable growth in post-Coronavirus India. Improved liberalisation, policy amendments, relaxed regulations, infrastructure investment, skill development, etc, are being targeted to build a future-ready India. However, a strong and futuristic economy can be built only with the active cooperation of India’s global partners. To that end, the Government has set up an “Empowered Group of Secretaries (EGoS) and Project Development Cells (PDCs)” to attract fresh investments into India.

Google commits US$10 billion to India

Technology giant Google announced on July 13 that it would invest US$10 billion over the next five to seven years to augment India’s digital economy. The initiative, under the Google for India Digitization Fund, comes as part of the firm’s initiative to increase engagement in the young and growing economy. The funding will support Indian businesses of all sizes and boost innovation of future-ready technologies. The India Digitization Fund will aid the building of Aatmanirbhar Bharat, or a self-reliant India.

Flipkart Group on July 14 closed an additional US$1.2 billion equity round to support the development of its e-commerce business as India emerges from the Covid-19 crisis. The investment was led by Walmart, Flipkart Group’s majority owner, along with a group of existing shareholders and values the company at US$24.9 billion. In 2018, Walmart Inc. had invested US$16 billion for a majority stake in the group.

Foxconn looking to invest US$1 billion in India

Apple supplier Taiwan’s Foxconn is looking to expand capacity in India at an investment of around US$1 billion, as per media reports. Foxconn has expanded its iPhone assembling in India with the most recent example of the iPhone 11 model. Increased capacity can potentially bring more models to India.

In the largest FDI deal for the Indian technology and telecom sector, Facebook invested US$5.7 billion for a 9.99 per cent stake in Jio Platforms, a unit of Reliance Industries, in April 2020. For Reliance, the deal is expected to help reduce debt, whereas, for Facebook, it will strengthen its India presence, especially on WhatsApp. The partnership is expected to build opportunities in the e-commerce space as well.

Qualcomm to invest US$97.5 million in 5G technology

Qualcomm Ventures, the investment arm of Qualcomm, said on July 12 that it would invest around US$97.5 million in Jio Platforms. The investment will support Jio Platforms to rollout advanced 5G infrastructure and services for Indian customers. Jio Platforms, a platform providing digital services across India, has more than 388 million subscribers.

Silver Lake invests more than US$750 million in Jio

Silver Lake, a leading technology investment platform, has agreed to invest over US$750 million in Reliance’s Jio Platforms. Reliance Jio has about 388 million users, nearly half the total mobile Internet market in India. On the occasion, Silver Lake said that the market potential Jio is addressing is enormous.

Building on Indian core strengths and the confidence generated by the Government’s measures, total FDI inflow into India had jumped by 18 per cent during 2019-20 to reach US$73.5 billion

France’s Thomson to invest US$135 million in India

French television brand Thomson plans to invest around US$135 million in India over the next five years to boost its local market, as per ET Retail. It had earlier announced plans to set up manufacturing in Noida. Thomson entered India’s vast consumer electronics market in partnership with an online retailer, Walmart-owned Flipkart, in April 2018. For the local manufacturing, Thomson had tied up with Super Plastronics Pvt Ltd (SPPL), an Indian TV manufacturer, and Thomson’s exclusive brand licensee in India.

WeWork plans to invest US$100 million in India

Office space aggregator WeWork Global is looking to invest around US$100 million in India over the next three years to cater to the surging local demand, as per an Economic Times report. WeWork has more than 60,000 desks in 34 locations across India and is looking to increase that to 90,000 by the end of 2020.

KIA Motors looking to invest US$54 million in India

KIA Motors India is planning to invest around US$54 million to expand its manufacturing facility in India, as per a report by the Hindu. The South Korean automaker had set up a plant at an investment of US$1.1 billion to support an annual production capacity of 300,000 units. The company debuted in India, one of the world’s fastest-growing automobile markets, at the New Delhi Auto Expo 2018.

Saudi Arabia’s sovereign wealth fund, the Public Investment Fund (PIF), in June announced an investment of around US$1.5 billion in Jio Platforms for a 2.32% equity stake. Jio Platforms, a wholly-owned subsidiary of Reliance Industries, is a technology company focused on providing digital services across India, with more than 388 million subscribers.

As part of its global R&D networking in Korea, North America, Europe, China, and India, Hyundai Mobis announced in April 2020 that it would expand its technical center in India, which develops and validates automotive software. Through this, the company aims to strengthen R&D activities in India, particularly software development for autonomous vehicles.

Axtria, cloud software and data analytics developer, announced the opening of its third India delivery centre in Bengaluru in April 2020. The new centre will meet the rising demand for data analytics and cloud-based solutions from markets in the US, Latin America, and Europe.

Tsuzuki to set up a new manufacturing plant in India

Japan’s Tsuzuki has entered into a deal to set up a facility in Haryana to manufacture steering knuckles for the automobile industry, as per media reports. The company plans to start manufacturing in the new unit in Jhajjar by 2021, catering to both domestic and international markets.

Samsung said in July 2020 that it has started manufacturing smartwatches in India at its Noida factory, as per media reports. In 2018, Samsung inaugurated the world’s largest mobile phone manufacturing plant at Noida. Expansion at the plant, which started manufacturing in 2007, came as part of a US$710 million investment. The plant serves the dual purpose of ‘Make in India’ as well as ‘Make for the World.’

Building on Indian core strengths and the confidence generated by the Government’s measures, total FDI inflow into India had jumped by 18 per cent during 2019-20 to reach US$73.5 billion. These investments are aimed at boosting diverse capabilities across India to cater to the global market – the essence of the Government’s Aatmanirbhar Bharat campaign. These and future investments will help not just help India return to its growth trajectory, but deliver sustainable growth for the global economy.