India pushes for self-reliance in defence

With the latest embargo on the import of 101 items, it is expected that contracts worth over US$53.5 billion will be placed with the domestic industry in the next five to seven years

India, with a defence budget of around US$45.5 billion, has been the world’s second-largest arms importer during the period of 2015-19

Between April 2015 and August 2020, around 260 schemes of defence items were contracted by the Tri-Services for US$46.8 billion 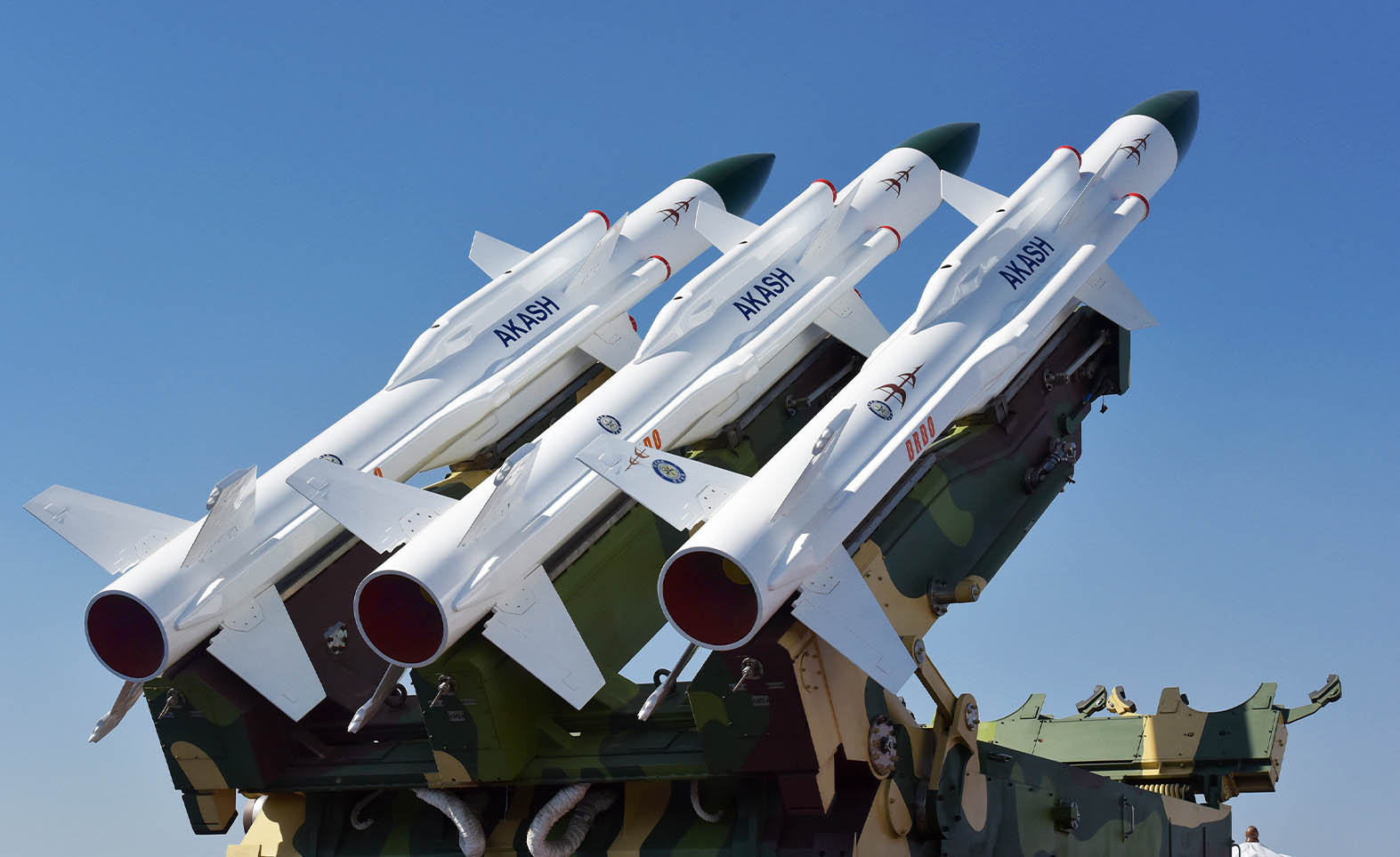 In line with Prime Minister Shri Narendra Modi’s call to build an Aatmanirbhar Bharat or a self-reliant India, the Central Government has pushed ahead with strengthening the indigenous defence industry. Built on five pillars – Economy, Infrastructure, System, Demography, and Demand – the Aatmanirbhar initiative aims to develop a futuristic and sustainable society and economy. Taking a cue from that, the Department of Military Affairs (DMA), Ministry of Defence (MoD), has prepared a list of 101 items for which there would be an embargo on import beyond the timeline indicated against them. This is a leap towards self-reliance in defence. India, with a defence budget of around US$45.5 billion, has been the world’s second-largest arms importer during the period of 2015-19. Now the Government is efforting to reduce defence import bill while enabling local innovation and manufacturing.

The latest reform offers an opportunity to the Indian defence industry to manufacture the items in the list by using their design and development capabilities or adopting the technologies designed and developed by the Defence Research and Development Organisation (DRDO) to meet the requirements of the Armed Forces in the coming years. The list has been prepared by the MoD after several rounds of consultations with all stakeholders, including the Army, Air Force, Navy, DRDO, Defence Public Sector Undertakings (DPSUs), Ordnance Factory Board (OFB), and private industry to assess current and future capabilities of the Indian industry for making various ammunition/weapons/platforms/equipment within India. Between the period of April 2015 and August 2020, as many as 260 schemes of defence items were contracted by the Tri-Services at an estimated cost of US$46.8 billion.

The embargo on defence imports has been planned to be progressively implemented between 2020 to 2024.

With the latest embargo on the import of 101 items, it is expected that contracts worth over US$53.5 billion will be placed with the domestic industry in the next five to seven years. Of these, items worth almost US$17.5 billion each are anticipated for the Army and the Air Force while items worth almost US$18.8 billion are anticipated by the Navy over the same period. The list of 101 embargoed items comprises of not just simple parts but also some high technology weapon systems such as artillery guns, assault rifles, corvettes, sonar systems, transport aircraft, light combat helicopters (LCHs), radars, and many other items to meet the needs of the Indian Defence Services. The list also includes wheeled armoured fighting vehicles (AFVs) with an indicative import embargo date of December 2021, of which the Army is expected to contract almost 200 at an approximate cost of around US$670 million.

Similarly, the Navy is likely to place demands for submarines with an indicative import embargo date of December 2021, of which it expects to contract about six at an approximate cost of over US$5.6 billion. For the Air Force, it is decided to enlist the light combat aircraft LCA MK 1A with an indicative embargo date of December 2020. Of these, 123 are anticipated at an estimated cost of over US$11.4 billion. Hence, there are highly complex platforms that are included in the list of 101 items, of which details of three examples are given above. The embargo on defence imports has been planned to be progressively implemented between 2020 to 2024. The aim behind the promulgation of the list is to appraise the Indian defence industry about the anticipated requirements of the Armed Forces so that they are better prepared. The industry is aiming to achieve a valuation of US$26 billion by 2025.

Meanwhile, the MoD has adopted many progressive measures to encourage and facilitate ‘Ease of Doing Business’ by the defence production entities. All necessary steps would be taken to ensure that timelines for production of equipment as per the Negative Import List are met, which will include a co-ordinated mechanism for handholding of the industry by the Defence Services. Additionally, more such equipment for the import embargo would be identified by the DMA in consultation with all stakeholders. A due note of this will also be made in the Defence Acquisition Procedure (DAP) to ensure that no item in the list is processed for import in the future. In another step, the MoD has bifurcated the capital procurement budget for 2020-21 between domestic and foreign capital procurement routes. A separate budget head has been created with an outlay of nearly US$6.9 billion for domestic capital procurement.