New Delhi and Tashkent are deepening their relationship in trade, investment, and a range of other areas

The Chabahar port being co-developed by India in Iran is of special interest to landlocked Uzbekistan.

India, Uzbekistan signed nine agreements in December 2020 to expand cooperation in a range of areas. 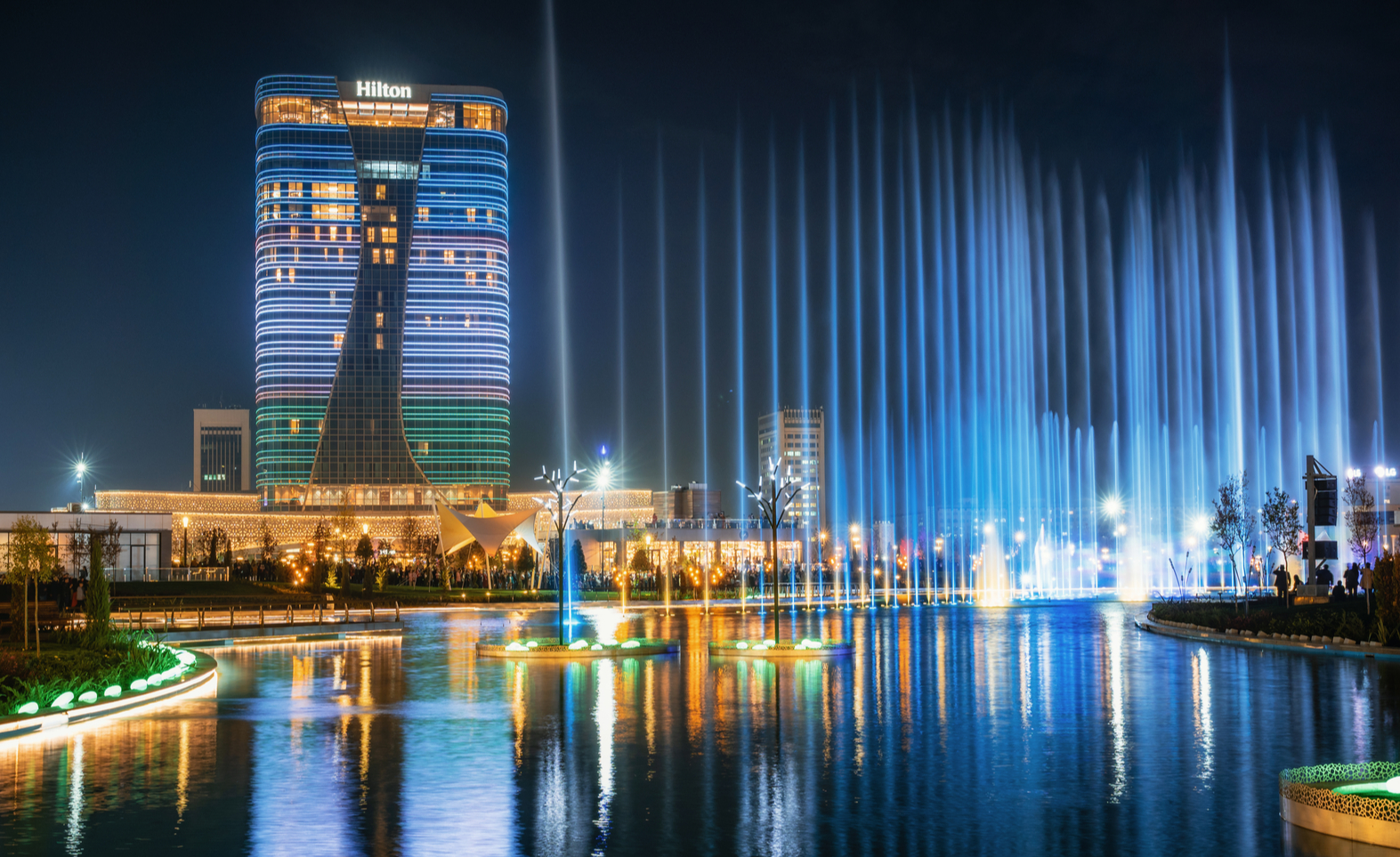 India is attempting to ramp up its relationship with Uzbekistan and the high-level political dialogues in recent years will only help boost commercial ties and connectivity between the two countries, top officials have said.

Speaking at the session, titled India-Uzbekistan relations: Growing coherence and convergence, Uzbek ambassador to India Dilshad Akhatov said India is becoming an important and stable partner of Uzbekistan in trade, investment, high-tech sectors, and tourism. “The consistent deepening of political dialogues and mutually beneficial cooperation between India and Uzbekistan corresponds to long-term interest of the two countries and can make a significant contribution to the restoration of historical connectivity of Central and South Asian regions,” he said.

Indeed, the India-Uzbek ties have grown stronger over the years and the Chabahar port being jointly developed by New Delhi in Iran has been of special interest to Tashkent. Being a landlocked country, the link to Chabahar port can help Uzbekistan unleash its potential in the gas and oil sector through the sea route.

On December 14, 2020, senior officials of India, Iran and Uzbekistan met for the first Trilateral Working Group virtual session to discuss the joint use of the Chabahar Port for trade and transit purposes. All sides noted the significant role played by the Chabahar port for the region to deliver humanitarian assistance during the COVID-19 pandemic.

The meeting was held as a follow-up of decisions taken during a virtual summit held between Prime Minister Shri Narendra Modi and Uzbek President Mr. Shavkat Mirziyoyev on December 11, 2020.

The importance accorded by India to the Chabahar port—despite the uncertainties brought about by the US-Iran tensions—can be gauged by India’s budgetary allocation to the project, which doubled to US$ 13.48 million in 2020-21 from US$ 6.06 million in the previous year. New Delhi has also tried to reach out to the larger Eurasian space via land through Chabahar, according to a report by the Observer Research Foundation.

India and Uzbekistan have historical connections going back several centuries. The southern and southeastern regions of modern-day Uzbekistan were part of the Kushana Empire. Relics of Buddhist monasteries have been discovered in Samarkand, Termez and other Uzbek cities. The Silk Route passed through Samarkand and Bukhara.

However, India and Uzbekistan have a modest bilateral trade turnover of over US$300 million, of which the pharmaceuticals sector forms the bulk. This shows the tremendous potential for bilateral cooperation. In December last year, India and Uzbekistan had signed nine agreements aimed at expanding cooperation in a range of areas, including new and renewable energy, digital technologies, cyber security and sharing of information.

Also, the second meeting of the India-Central Asia Business Council was held in October 2020 with participation of A. Ikramov, chairman of the Uzbek Chamber of Commerce and Industry. The dialogue brought together business councils of all five Central Asian countries to take the trade and investment partnership forward with a special focus on energy, pharmaceuticals, automotive, agri-processing, education, urban infrastructure and transport, civil aviation, IT and tourism.

While acknowledging that the current level of bilateral trade does not reflect the true potential, India and Uzbekistan had last year mutually identified the target of US$1 billion for total annual trade between the two countries. Prime Minister Shri Narendra Modi and Uzbek President Shavkat Mirziyoyev had instructed their officials to fast-track the conclusion of a Joint Feasibility Study that will pave the way for commencement of negotiations on a Preferential Trade Agreement.

The two leaders had also agreed that both sides should work towards an early conclusion of a Bilateral Investment Treaty, which will facilitate investment promotion and protection for improvement of trade and economic ties. The two countries had noted the prospects for greater opportunities in the free economic zones of the two countries, including in the Uzbek-Indian free pharmaceutical zone in the Andijan region. The Uzbek side welcomed the opportunities in India for investing under the ‘Make in India’ flagship programme of the Government of India. In addition, India has confirmed the approval of US$448 million of Line of Credit to be extended for four developmental projects in Uzbekistan in the fields of road construction, sewerage treatment and information technology.

Besides, Uzbekistan has invited Indian companies to explore joint-venture opportunities in seven pharmacological free economic zones, according to a report in The Indian Express. This opens space for Serum Institute, Bharat Biotech, and other Indian vaccine makers to explore joint manufacturing and development of new vaccines with their peers in Uzbekistan, it said. Apart from the pharmaceutical sector, Uzbekistan also invited Indian companies to invest in chemicals, textiles, leather, information technology and telecommunication sectors.