There were 1,305 Japanese companies operating in India as of October 2016 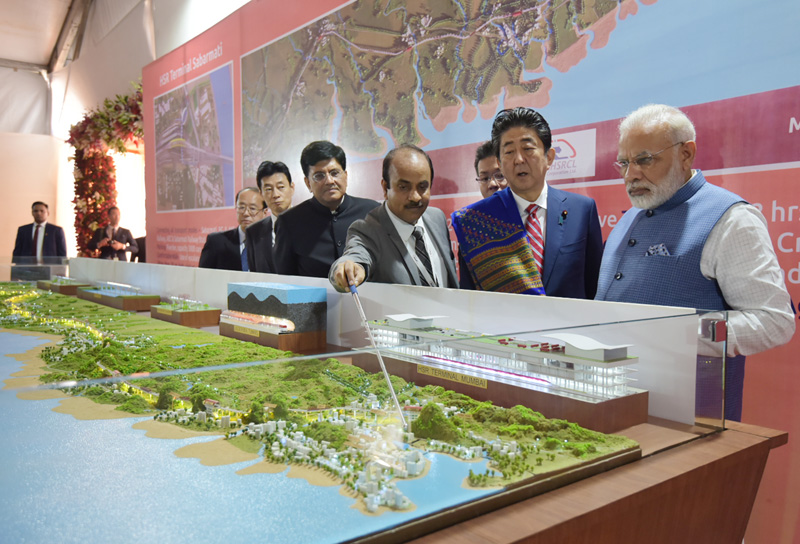 The India-Japan bilateral relationship stands significantly broadened and strengthened after Japanese Prime Minister Shinzo Abe’s recent visit to India. His meetings with Indian Prime Minister Narendra Modi and a flurry of bilateral documents signed by the both sides add a strategic edge to an existing framework. The list of agreements signed range from cooperation in disaster risk management to skills development to developing a mechanism for accelerating Japanese investment in India.

MAHSR or the proposed bullet train project checks multiple boxes: infrastructure investment, improving connectivity in an existing urban corridor, spatial diffusion of business and investment and creation of a pool of skilled workforce. These are only some of the direct consequences. There are multiple indirect benefits as well. For example, the bullet train project is bound to foster an eco-system of associated investments in supply chain, maintenance and operation.

Investments by Japanese companies in auto manufacturing facilities have catalysed not only transfer of technology but also creation of a pool of trained personnel. Similarly, the bullet train project is also likely to create an entire ecosphere of manufacturing capabilities

All large-ticket Japanese investments in the past have quietly nurtured a thriving network of associated investments by small and medium enterprises. For example, in the auto sector, investments by Suzuki and Toyota in auto manufacturing facilities have catalysed a web of additional Japanese investments in the supply chain system, thereby encouraging not only transfer of technology but also creation of a pool of trained personnel. Similarly, the bullet train project is also likely to create an entire ecosphere of manufacturing capabilities.

The connectivity project, on the other hand, endeavours to align Japan’s Asia-Africa connectivity programme with India’s Act East policy. This also fits into the broader framework of the Asia-Africa Growth Corridor (AAGC), which was signed between India and Japan in November 2016. AAGC is based on four pillars: development and cooperation projects, quality infrastructure and institutional connectivity, enhancing capacities and skills, and people-to-people partnership.

In short, a judicious combination of Japan’s technological infrastructure and India’s manpower capabilities will be marshalled to meet the diverse development needs of African countries. This will again provide a stimulus to the Make In India programme through creation of on-shore and off-shore manufacturing platforms for meeting Africa’s industrial and consumer demands.

Addressing an India-Japan colloquium a few days before prime minister Abe’s India visit, foreign secretary S Jaishankar encapsulated the evolving India-Japan relationship succinctly: “The growing convergence of views between Japan and India has the capacity to drive Asia’s economy and development and stimulate the global growth.”